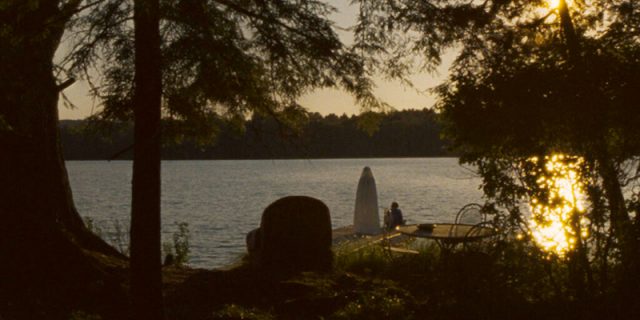 (October 24, 2022 – Toronto, ON) Falcon Lake has its doppelgangers. It’s familiar as a coming-of-age story—one greatly served by the performances of its young actors. It plays initially as a formidable entry into the slice-of-life drama where routine interactions between people so comfortable with each other that they’re barely visible.

Those who know that Falcon Lake is based on the graphic novel Une Soeur by Bastien Vivès, know too that this is a ghost story—the kind of gothic ghost story that might make the rounds at cottages and campfires.

It’s all so pervasively seductive that by the film’s end we are left feeling that Falcon Lake is not just a story told, but a story unveiled.

Bastion (Joseph Engel) is 13 years old. He’s quick to identify as a soon to be 14-year-old. Bastion is spending the summer with his family at a friend’s cottage. Bastion is on the cusp of an age where he’ll no longer want to be there. The film offers no firm evidence of this, but it feels like Bastion’s last summer at the lake. But he has an unexpected diversion towards the older, teenage daughter of their host. 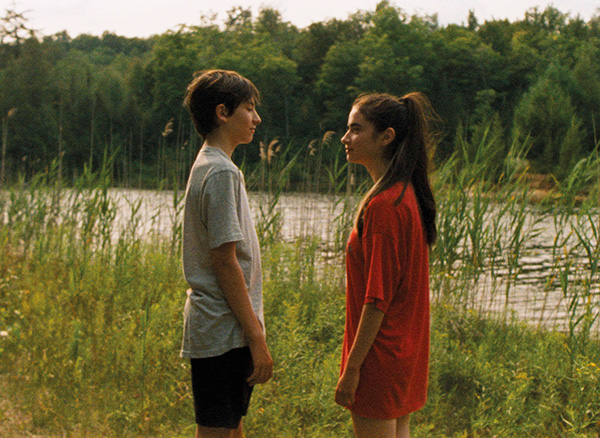 The teenager, Clara (Sara Montpetit), is tuned out, preferring the company of a group of teenagers, mostly boys. Not long into their stay, Clara gravitates to Bastion, drawing him away from pestering his younger brother, Titi (Thomas Laperriere). An affection forms between the two (they even share a room). But young interests turn to subtle affections, which then turn to unspoken jealousies.

Le Bon keeps things muted, inviting us to have a closer look, to see and hear and touch the details. 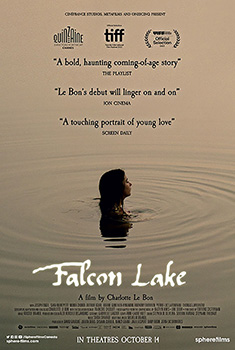 And we don’t so much leave the theatre, as leave the film; left behind as though if we don’t latch on to the film’s final shot, there will be no other way out.

I might be angry with director Charlotte Le Bon for abandoning me in the gloom of a shadowy lake, trapped again in an adolescent angst I thought was under control. But I can’t be angry. Because Falcon Lake is a gift. And it’s a good one. I can’t say how the film might strike those younger than me, and I don’t know what Le Bon’s intent is; but for those looking back to see where time got away—it’s possible it still waits on Falcon Lake.