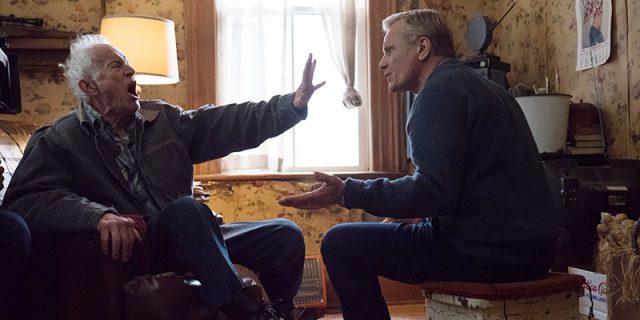 (February 5, 2021 – Toronto, ON) If your only memory of actor Lance Henriksen is that of the gentle android Bishop who is torn apart in the 1986 feature Aliens, then you might not be ready for the character he plays in Viggo Mortensen’s directorial debut Falling as the elder Willis Peterson. From his first appearance to the closing frames he delivers a riveting performance of a cantankerous, wholly odious senior citizen whose creeping dementia only adds to the crippled and broken man he has been his entire life.

In press notes released by Canadian distributor Mongrel Media, Mortensen explains the background to the film and insists that it is not fully autobiographical, saying Falling is “about a fictional family that shares some traits” with his own.

If even a small part of this opus is true then you are bound to wonder about the forces that shaped the real life of this actor, artist, publisher, poet and now screenwriter and director. 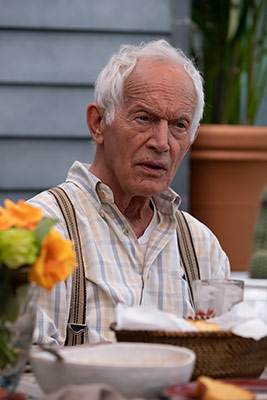 Falling didn’t start out as a movie. It was series of notes, memories that came to him as he flew home following the funeral of his mother. These notes became the foundation for his script and the way the film was shot and edited these thoughts became a series of vignettes, many flashbacks and scenes that are brutal, painful, difficult to watch and listen to, balanced by beautifully gentle pastoral scenes that allow you to breathe, relax and prepare for the next onslaught from a misogynistic, xenophobic, homophobic character consumed by hate, mistrust and memories of a life now mostly imagined and no longer real. You never feel sorry for this character but you will be amazed by the performance of the actor and if he doesn’t win a best actor award somewhere I will be surprised. It’s a bit of a cliche but this is a tour de force performance from an actor who plays the darkness of his character to terrifying effect.

There are cameos by David Cronenberg and Paul Gross that I think would have been better played by lesser known actors. Their performances were fine but their fame got in the way and broke the suspension of disbelief needed to stay with this story. Laura Linney plays her short scene with confined anger and pain and Hanna Gross is terrific as Gwen, the first wife of Willis Peterson. 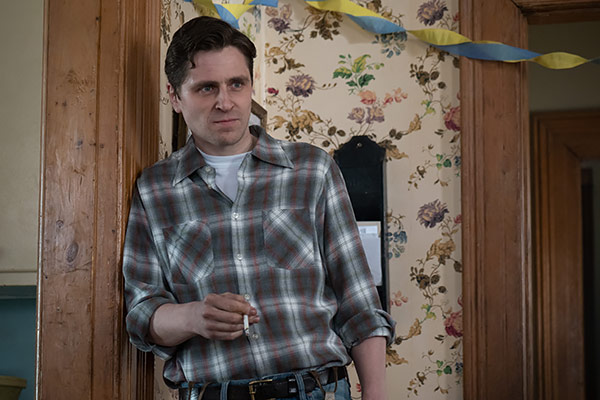 The young Willis is played by Swedish-born actor Sverrir Gudnason (pictured above) who was tasked with laying the foundation for the older man who inhabits most of this film. He is frightening in his reserved anger and moments of explosive energy. Viggo Mortensen is solid as the patient son John who has lived with and taken the abuse from his father his entire life. Scenes of his character as a young boy and then teenager are well played by Grady McKenzie and William Healy. Mortensen’s direction is deft, handling a difficult topic with care. A job made more difficult when he is also in front of the camera when he isn’t behind it.

There have been hundreds of “father and son” movies and this one significantly adds to the genre with a brave take on how difficult it can be growing up unloved and unprotected. It is dark but truthful and deserves your attention.

Falling is available today to rent or buy from Apple TV app and other VOD platforms. It is also available to rent from virtual cinemas including digital TIFF Bell Lightbox (across Canada) and VIFF Connect (BC only). It will also open in select theatres in Regina, Saskatoon and St. John’s.

Click here to watch the trailer and learn more about Falling on Northernstars.