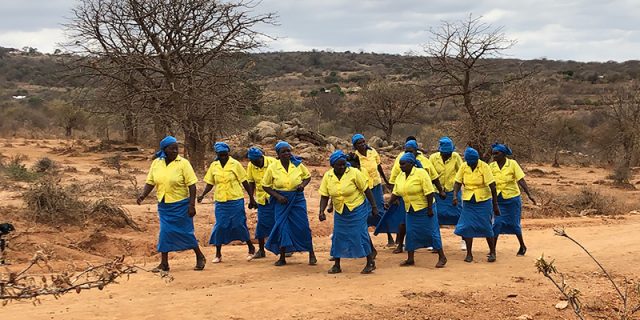 Fear of Dancing a Gem
by Ralph Lucas – Publisher

(November 27, 2020 – Toronto, ON) I’m fairly certain I first heard the words Wall Flower in high school. In an effort to meld a student body with some cohesiveness beyond the classroom the school would host dances. I have a very vague memory of some gym classes being devoted to dance lessons but that could have been in grade school. At the dances the school would bring in some local aspiring rock band to provide the music and teachers would chaperone the event by patrolling the crowd and urging those lining the walls to get out on the dance floor. I was a pretty good dancer back then but I thought the Twist was silly. But this isn’t about me.

Turns out there are some people who have a real fear of dancing. There’s even a term for the affliction: chorophobia, and that’s the basis for a documentary that is available today on CBC’s streaming service, Gem.

We learn early on that director Michael Allcock loved to dance when he was a child but as he grew up his fear of dancing set in. Born in Montreal, Fear of Dancing is his 4th documentary but he knew what he was doing right from the start. The first documentary he wrote, Cass, showcased at Hot Docs 2000 and it was given both the Best Short Documentary and Best of the Festival award at the Yorkton Film Festival. As part of the film’s description states, “Hilarious and heartbreaking, the search for answers reveals a rarely seen world rife with sex, spirituality, robots, virtual reality, and a deadly medieval epidemic. Along the way, Allcock meets celebrities, scientists and others who have taken extreme steps to overcome their chorophobia.” Click here to learn more and watch the trailer for Fear of Dancing.

Look for Fear of Dancing on CBC’s Gem, starting today.

Stars Come Out in Calgary