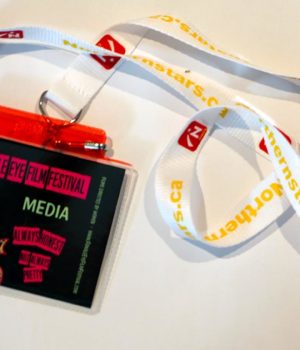 (June 21, 2017 – Toronto, ON) It’s Day Two for the 15th Annual Female Eye Film Festival, this year being held in Toronto’s destination neighbourhood, the Beaches. There are five films or film collections on today’s schedule including the Dance & Drama Short Film Program that begins at 11AM and runs until 1PM.

For years The Female Eye has used a motto we like: Always Honest. Not Always Pretty. That statement is on display today in the only Canadian film on the schedule. Directed by Kathryn Martin — all of the films at the festival are directed by women — it’s a documentary that looks at the early Punk scene in Winnipeg in the late 1970s and early 1980s. 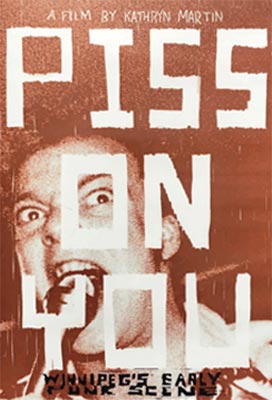 do things “their way.” The doc features interviews and music from the players of the day including Chris Walter, Joe Shithead (D.O.A.), Mitch Funk (Personality Crisis), Norm Simm (The Unwanted), Colin Bryce (Dub Rifles), Debbie Wall (The Ruggedy Annes), Kelly Jackson (The Stretch Marks) among others.

The director is known more for shorts like 1995’s Victorian Beach or The Missing Shoe from 2001. These and two other short dramatic films have won a NSI Drama Prize, Telefilm and the B.C. Directors Guild Kick Start Award, WIFT-T Kodak Canada Vision Award and a Manitoba Blizzard Award. She studied Fine Arts in Paris before turning to film. Piss On You: Winnipeg’s Early Punk Scene is her first venture into documentary filmmaking. She believes the ‘capitalists’ have run the world for too long and it’s time to kick ass and revive our ‘punk rock spirits.’

Click here for a complete list of films screening during the festival at the Fox Theatre, 2236 Queen Street East.

Pascale Bussières – A Look Back