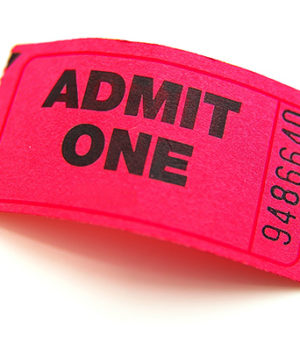 (September 7, 2015 – Toronto, Ontario) To set the record straight, there is no actual season for film festivals, it just seems that way. It starts in late August when the Montreal World Film Festival stubbornly struggles to its feet, thumbs its nose at the various levels of government which have tried to strangle it by cutting funding to zero, and bravely plods on providing one of the better film cities with an annual gem by living up to its name by selecting a truly international list of titles. The festival is over as of Labour Day Monday and let`s hope it returns again next year.

In the approximately 8 or 9 weeks that comprise the season, Canadians in all the major cities and many of the smaller centres will be able to celebrate the art of filmmaking more than at any other time of the year. There at least 30 film festivals from coast to coast to coast that we know of and there are probably many more who have yet to hear about us. September alone brings major festivals to Halifax, Ottawa, Toronto, Edmonton, Calgary and Vancouver. October sees major festivals in St. John’s, Montreal, Toronto, Barrie, Banff and Victoria. We mention all three coasts because one of the northernmost festivals is the Yellowknife International Film Festial that starts at the end of the month and runs until October 4.

There is no argument that the Toronto International Film Festival (TIFF) is the biggest of the big. It may have started as a small idea, but it has become one of the most important film events in the international festival circuit thanks, to a very large degree, on the enthusiasm of Toronto audiences for great film, and thanks in part to its place in the calendar. Over the past several years, TIFF programmers have had the uncanny ability to select films that often go on to be Oscar® winners or nominated films. But with its growth there have been complaints. The long standing tradition of TIFF opening with a Canadian film went by the wayside a few years ago, but sort of returns this year. The Opening Gala film is Demolition. It’s essentially a US film, but one of the Executive Producers is Montreal-born Jason Reitman and the film, starring Jake Gyllenhaal, Naomi Watts and Chris Cooper was directly by Jean-Marc Vallée who in the last few years has given us the wonderful Dallas Buyers Club (2013) and last year`s Wild.

Canadian films are well represented throughout TIFF`s festival calendar. Of the 399 films on this year`s schedule 10 percent, 39 are either Canadian or Canadian co-productions and they include films from some of Canada’s biggest names including Deepa Mehta, Paul Gross, Denis Villeneuve, Guy Edoin and as mentioned Jean-Marc Vallée. To be able to screen almost 400 films during its 10 day run, TIFF will play out in 11 venues including its own TIFF Bell Lightbox in downtown Toronto.

One of the nicer, smaller film fests is coming out from under TIFF`s too powerful shadow. The neighbourhood Cabbagetown Short Film & Video Festival which used to open the same night as TIFF has decided to open one night earlier this year and has moved to a larger venue. All 13 of its 2015 selections will screen on the evening of September 9th at the Daniels Spectrum on Dundas Street East in Toronto. Full disclosure: Northernstars.ca is one of the festival`s sponsors this year. Maybe I’ll see you there.

Two major festivals overlap with TIFF, which closes on the 20th. One of them is the Ottawa International Animation Festival, which runs from the 16th to the 20th. It is considered the most important festival for animators from around the world. Then there`s the Atlantic Film Festival which kicks off on the 17th and runs until the 24th. The Atlantic Film Festival`s Opening Gala is the new Paul Gross feature, Hyena Road.

Often overlooked is Cinéfest in Sudbury, Ontario. It opens this year with Deepa Mehta’s new film, Beeba Boys on Saturday, September 19th. Beeba Boys will have its World Premiere at TIFF on the 13th. Some of the other Canadian films at Cinéfest include the Ireland-UK-Canada co-pro, Brooklyn, also screening at TIFF, Closet Monster, Atom Egoyan’s Remember and Guy Edoin`s Ville Marie.

Looking west, the Calgary International Film Festival kicks off on September 23 with a Gala presentation of the US film, I Saw The Light. Named after Hank Williams` gospel country song, I Saw The Light is the big-screen retelling of the life of the talented but troubled Williams, starting with his meteoric rise to stardom, exploring his struggles with substance abuse and ultimately, his untimely death. The film boasts a star-studded cast with British actor Tom Hiddleston playing the lead role. One of the draws of film festivals is a chance to see the stars on stage. The director of I Saw The Light, Marc Abraham, will be in attendance at the gala screening. Calgary runs until October 4th and overlaps the Edmonton International Film Festival which starts on October 1st. Edmonton kicks things off with Deepa Mehta’s Beeba Boys

As previously announced, this year`s Vancouver International Film Festival (VIFF) launches with the Ireland-UK-Canada co-pro, Brooklyn. VIFF has always been an excellent festival for supporting Canadian film generally and BC filmmakers specifically. Click here to read more about VIFF 2015 on Northernstars.ca.

Back on the other side of the country, The St. John`s International Women`s Film and Video Festival opens in mid-October as does the Toronto After Dark Festival. The imagineNATIVE Film and Video Arts Festival kicks off in Toronto on October 22.

Click here for links to festivals in September and October as listed on Northernstars.ca

Ralph Lucas is the Founder and Publisher of Northernstars.ca.

Point of View: Gerald Pratley Finally Gets His Due