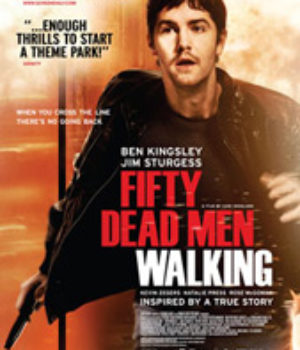 There is a history that exists between my family and Ireland. My first inkling that there was a distant past came when I was in my early teens and my father once said that should I ever travel to Ireland to find relatives I must remember to tell anyone who asked that I was Catholic. I am not.

Later, after I had started my radio career, Northern Ireland was almost constantly in the news. Usually referred to as “The Troubles,” this 30-year conflict that began in the mid-1960s had its roots in a history that can be traced back to the early 1600s. The Ulster Volunteer Force was formed in May of 1966 as a loyalist paramilitary organisation that 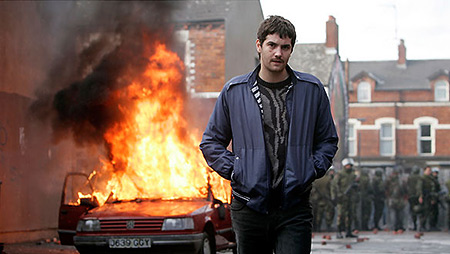 hoped to counter the Irish Republican Army, which had its roots in the Irish revolution, the Irish Volunteers and the Irish Republican Brotherhood. On May 21, 1966, the UVF issued a statement that read, in part, “From this day we declare war against the IRA and its splinter groups. Known IRA men will be executed mercilessly and without hesitation.” A wave of violence erupted in Northern Ireland that continued unbroken until 1994. A form of lasting peace was not acheived until 1996 and random killings and other acts of violence directly related to “The Troubles” continue to this day.

And so I approached Fifty Dead Men Walking with perhaps a little more knowledge of its foundations than the average filmgoer. Let me begin by saying it is the best film I have seen in months. Note I did not qualify that by saying “Canadian” film.

Fifty Dead Men Walking has its basis and takes its title from a book by Martin McGartland, a real life member of the IRA who saw injustice in the killing and began to feed information on plans and plots to a British handler. In the film McGartland is played by Jim Sturgess whose sparse list of credits includes Across the Universe and The Other Boleyn Girl. His handler is played by Sir Ben Kingsley who is best known for being Sir Ben Kingsley, and one of the foremost actors 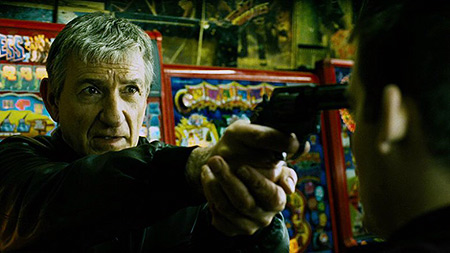 on the planet. I thought his work in this film is some of the best I have seen from an actor who has appeared a little too distant from some of the characters he has played recently. For reasons explained in our interview with the film`s director and screenwriter, Kari Skogland, some of the details in the original story were changed, but that doesn’t soften the impact of this film.

If your only exposure to Skogland`s work was her 2007 film, The Stone Angel, then you’re in for a bit of a surprise. This is an action-thriller and the emphasis should be on both words. Shot in and around Belfast, there is plenty of action and the editing is taut, precise, and drives the tension relentlessly forward. In that careful balancing act practiced by all great filmmakers, tension is always followed by release and when Skogland moves the story away from scenes of torture, death, destruction and deception, she creates moments of deep tenderness that are surprisingly touching. In a land seemingly populated by heartless people on both sides of the conflict, Sturgess plays McGartland as heartfelt, deeply in love and very human even when he is surrounded by monsters.

Of special note is McGartland`s close friend, Sean, played by Kevin Zegers. Under Skogland`s direction, and with his own dedication to authenticity, I didn’t realize I was watching this young Canadian actor until fifteen or twenty minutes into the film. His role may be small but it is key to the evolution of McGartland from civilian to IRA member to whatever and wherever he might be today.

There is a school of thought that says Canadians should be making movies that tell Canadian stories. Not if it means we can’t make universal stories with broad appeal like Fifty Dead Men Walking. We don’t have a rating system here at Northernstars, but if we did I would have to give this film 4 out 4.