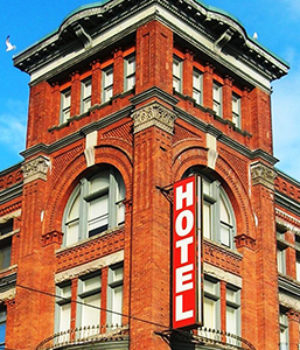 (August 31, 2015 – Toronto, ON) The Canadian Music Café has announced that an esteemed group of Music Supervisors from the US and the UK will participate in its seventh annual edition, taking place September 14-15, 2015 at the Gladstone Hotel in Toronto during the Toronto International Film Festival (TIFF). Accredited filmmakers, producers, and all industry professionals attending the Festival can gain access to the Café with their TIFF badge.

“We are very excited to welcome these top notch Supervisors to the Café and to Toronto, many of whom are visiting for the first time,” said Michael Perlmutter of instinct entertainment, producer and curator of the Café and, himself, a Music Supervisor. “It’s an eclectic crew of music lovers and they have all expressed great excitement about the Café and soon-to-be-discovered new, Canadian music.”

Canadian musicians participating at this year’s two-day event will have the opportunity to showcase their synch-friendly music to key international music supervisors and filmed media decision makers. The Canadian Music Café is a springboard for up-and-coming Canadian talent to show off their diverse catalogues and is open to industry professionals to facilitate song placements in TV, film, advertising and video games.

The Music Supervisors include:

The Canadian Music Café is exclusive to industry professionals and by invitation only. Click here for more information online.