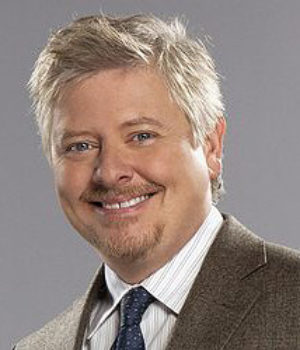 Dave Foley became famous while performing as a member of the The Kids in the Hall – the irreverent, groundbreaking skit comedy troupe.

David Scott Foley was born on January 4, 1963, in Etobicoke, Ontario, to Mary and Michael Foley. He is the second of three children. All accounts suggest that, as a child, he showed a natural predilection towards performing. He was also allegedly “addicted” to television. He attended an alternative high school as a teen, and dropped out at 17 years old to pursue a career in comedy.

He attended classes at Toronto’s famous Second City Theatre. It was there that he met Kevin McDonald. The two worked together as ushers at an art-house movie theatre and became good friends. They began performing together as a comedy duo in local clubs. 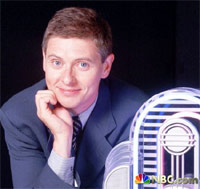 In 1984, Foley and McDonald joined with another comedy duo from Alberta comprised of Bruce McCulloch and Mark McKinney. They began performing under the name The Kids in the Hall. They were later joined by Scott Thompson, and a number of “guest performers.”

Foley appeared in a number of films while he was a member of The Kids in the Hall. He starred in the little-seen High Stakes (1986), had a tiny role as a grocery store clerk in Three Men and a Baby (1987), and appeared in the television movies The Prodigious Mr. Hickey (1987) and Echoes in the Darkness (1987). He also appeared along with Bruce McCulloch in the much-beloved sequel to Anne of Green Gables, Anne of Avonlea (1988)

Meanwhile, The Kids in the Hall performed in and around Toronto – most famously at the Rivoli Theatre on Queen Street West – when in 1988 they caught the attention of Saturday Night Live creator Lorne Michaels. He offered to produce a television pilot for them and the rest is history.

The Kids in the Hall television series was picked up by CBC and HBO and aired from 1989 to 1995. Though the Kids disbanded in 1994 to go their separate ways, reruns of The Kids in the Hall are still shown around the world and they seem to pull together from time to time to keep their fans happy. The comedy of The Kids in the Hall was caustic, irreverent without being offensive, at times shocking, and undeniably groundbreaking. Frequently they donned wigs and dresses to play female characters.

Perhaps Foley stands out for making the most-convincing (read: best-looking) woman. Or perhaps it is his sincere nastiness or incredulous stutter (put to good use later on his series NewsRadio). Some of his classic characters include Jocelyn, the French-Canadian prostitute, Bruno Puntz-Jones, Euro-trash man-about-town and lover of Francesca Fiori, manservant Hecubus and the Polite Axe Murderer. Foley, along with the other four Kids, was responsible for writing and directing the series.

When the troupe decided to disband, Foley moved his young family to Hollywood and used his gender-bending experience to play the androgynous love interest of sexually ambiguous SNL character Pat, in It’s Pat (1994). The movie was a disastrous disappointment, but he was able to bounce back admirably with NewsRadio.

The show ran for five seasons (1995-1999), and was centred on the fictional WNYX news radio office. It featured a talented ensemble cast, which included Andy Dick, Stephen Root, Maura Tierney, Vicki Lewis, Joe Rogan, Khandi Alexander and Phil Hartman. Foley starred as the harassed news director, a role that had been written specifically for him.

NewsRadio was a critical smash, and found a loyal fan base during its four-year run. The series came to an end a year after the tragic death of co-star Phil Hartman. NewsRadio continues to air in reruns all over the world.

In 1996, The Kids in the Hall regrouped to film a movie based on some of the characters from their series. Brain Candy (1996) was loved only by the most rabid Kids in the Hall fans and failed to reach a more mainstream audience.

After Brain Candy, Foley went on to star in a comedy titled The Wrong Guy (1997) which was largely panned by critics and ignored by audiences. He then co-starred in a little-seen movie entitled Hacks! (1997), alongside Stephen Rea, 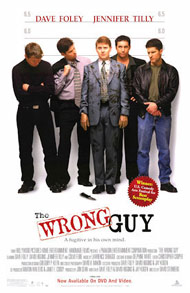 John Ritter and Ileana Douglas. He also appeared in the acclaimed 1998 HBO miniseries From the Earth to the Moon, alongside Brendan Fraser and Alicia Silverstone in the retro-comedy Blast from the Past (1999), and provided the voices of the Baldwin brothers in South Park: Bigger, Longer and Uncut (1999).

In 1998, Foley auditioned for a new animated movie being made by the Pixar Studios. He insisted that his main incentive at auditioning was so he could meet the creators of Toy Story, but they were more impressed by him, and offered him a lead role in their next project. A Bug’s Life (1999) was a smash hit, and Foley’s quiet geeky vocal performance as Flik brought him a great deal of attention and interest from animators. He has appeared as Flik twice since A Bug’s Life – once in a cameo appearance in Toy Story 2 (1999), and again in It’s Tough to Be a Bug (1999).

A number of roles in lacklustre films and series have thwarted Foley since the success of A Bug’s Life, however. He was able to find some success when he revisited his roots, appearing along with fellow Kid in the Hall Kevin McDonald in Sketch Pad, a television show highlighting improv comedy in 2001.

The Kids in the Hall reunited in 2002 for a cross-country comedy tour, and fans were able to revisit some of their favourite characters from the beloved series. They reunited again on the small screen for the 2010 mini-series, The Kids in the Hall: Death Comes to Town.

Now, more than 25 years after his career began, Foley seems busier than ever. In addition to starring in a new TV series, Dan Vs., Foley has kept up a frantic pace in features and made-for-television movies. At last count more than 50 features and shorts since 1986, with four or five on tap for release in 2012 alone. Seems like that natural predilection towards performing we mentioned earlier continues to drive this Canadian writer, actor, comedian, director and producer.

This biography is Copyright © 2011 by Catherine Solmes and may not be reproduced without written permission. For more information about copyright, click here.