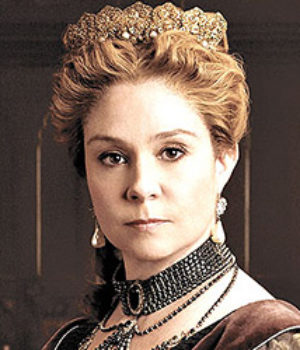 Megan Follows got her start when she began to appear in television commercials at the tender age of three. It would take another seven years for the budding young actor to land her first leading role on television, and it wasn’t in Anne of Green Gables. That was still years away. Her first big break came at the age of 11 years old, when she played the lead role of Jenny in the Canadian television series Matt and Jenny. At twelve, she was cast as the youngest daughter in the series The Baxters, followed by guest roles on various shows, including Hangin’ In and The Littlest Hobo.

Like many Canadians who find success at home, it doesn’t take long for producers in the United States to learn of new and rising talent, and shortly after turning fourteen, Follows was tapped by one of the most famous television producers ever, Norman Lear. He is responsible for a string of hit series but is usually associated with All 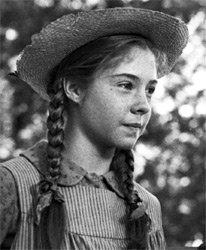 in the Family. She flew to Hollywood for an audition which led directly to a role in one episode of the NBC series Facts of Life. This was the start of a cross-border career that continues to this day. For example, Follows played the lead in Canadian specials such as Jen`s Place, Hockey Night and Boys and Girls, as well as playing Martin Mull’s daughter in the short-lived CBS series Domestic Life.

It was while filming Hockey Night that Follows auditioned for Anne of Green Gables. As can often happen, the audition was less than successful and the producers, Sullivan Entertainment, launched a cross-Canada search for a young girl to play the role of Anne Shirley created by Lucy Maude Montgomery. But, oddly enough, luck was running in Follows’ favour and with the search still on after several months and some 3,000 auditions, the Canadian Broadcasting Corporation asked Sullivan to let her audition again. The rest, as they say, is history. She went on to make the part her very own. It`s virtually impossible for anyone who has seen her in the role to think of anyone else playing the part. When the television movie was released in December 1985, the reviews were highly favourable, and at the 1986 Gemini Awards, Follows won the award for Best Performance by an Actress. Anne of Green Gables went on to be one of the most successful Canadian shows ever made. It has been licensed for broadcast or theatrical release in more than 145 countries and in Japan, a feature-film version ran theatrically over a five year period, out-grossing many top American movies at the box office.

Follows was growing up, and by time she reached her late teens, life was hectic. For example in 1985 alone she appeared in the feature film, Stacking, an ABC after-school special called Seasonal Differences and a CBS made-for-television movie called Sin of Innocence. Without skipping a beat, she returned to the role of Anne Shirley in 1986 in Anne of Green Gables—The Sequel, which is sometimes called Anne of Avonlea. When it was broadcast in 1987 it became the highest-rated miniseries ever to air in Canada. According to 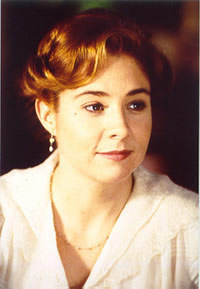 Nielsen Media Research, it attracted 5.4 million viewers. This in a country with something less than 30 million people at the time.

Follows was now regularly hopping back and forth across the border working sometimes in the United States and sometimes in Canada. While working on the movie, Deep Sleep, she met and began to date Christopher David Porter, who was originally from Chester, Nova Scotia. They picked April 27, 1991, for their wedding day and booked the Candlelight Chapel, thought to be the oldest chapel in Las Vegas. But it wasn’t to last, and they divorced in the mid-1990s after Follows had given birth to two children.

In the past few years, her life hasn’t slowed at all. In 2000 she appeared in episodes of Law and Order, The Fugitive and Family Law for CBS, but returned home for an episode of Made in Canada for CBC. There had long been talk of a problem between Megan Follows and Sullivan Entertainment, but in 1998 she returned to the role of Anne Shirley in Anne of Green Gables: The Continuing Story, playing Anne as a fully grown adult trying to be a writer in New York.

When Follows isn’t in front of the cameras, she’s probably getting ready for the stage. Just some of her theatre credits from the late 1990s include A Doll`s House for the Atlantic Theatre Festival in Nova Scotia and the Guthrie Theatre in Minneapolis, Minnesota, in 1996, Othello, for the Citadel Theatre in Edmonton and the National Arts Centre in Ottawa in 1997, and Uncle Vanya in 1999 at the Geffen Playhouse in Los Angeles.

Since 2013, Follows has played the role of Catherine de Medici in the series drama, Reign, which centers on the rise to power of a 15-year-old Mary Queen of Scots played by the Australian-born actress, Adelaide Kane. More recently she turned her considerable talent and knowledge of theatre to directing. In 2014, working with Toronto’s Nightwood Theatre, Follows made her directorial debut with a play titled Carousel.

This biography is Copyright © 2014 by Ralph Lucas and may not be reproduced without prior written consent. For more information about copyright, click here.