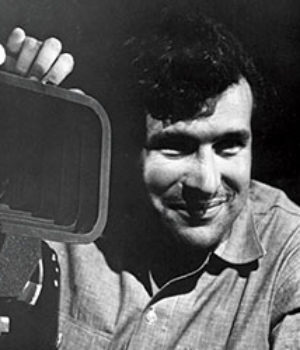 Ask almost anyone who works in film, television, or on the stage how they first became interested in performing or directing or writing, and almost invariably the response will be that they saw something when they were young and it changed their lives. In the case of Toronto-born director Sidney J. Furie, he knew he wanted to make movies after seeing Captains Courageous. The year was 1937, and he was just 4 years old.

Furie grew up in a time when there were few opportunities in Canada beyond the National Film Board of Canada, and then in the 1950s the Canadian Broadcasting Corporation. After training at the Carnegie Institute of Technology in Pittsburgh, he joined the CBC in 1954 as a writer and director. He is credited with creating the series, Hudson`s Bay (1958). But he had that drive common to all people who have a sense of destiny and, perhaps not knowing better, he set out to make movies despite the lack of opportunity. His first effort, a semi-autobiographical tale of teenage rebellion, was released in 1957. A Dangerous Age was well received outside of Canada, but with no real infrastructure for distribution of independent films virtually no one in Canada saw his debut effort. He quickly followed this with A Cool Sound from Hell, also focusing on teenagers and their rejection and then ultimate acceptance of the “system.” It is pure conjecture, but the film might stand as a metaphor for what he was trying to accomplish in his own life. Furie 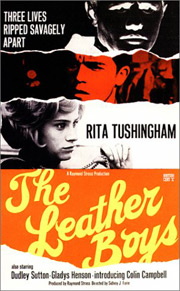 wanted to make movies, and with the so-called Hollywood studio system in a state of chaos or collapse in the late 1950s, Furie decided to try his luck in England. He arrived at one of the most important times in British filmmaking.

The 1960s in England will always be remembered as a time when their home-gown arts industries flourished. The examples in music are too numerous to list, and the influence music had on fashion had just about everyone wearing long hair, bell-bottomed pants and trying to look like Twiggy. Film too enjoyed a enormous boost during this period. Part of what kept it going was the horror genre, and Sidney made his share, including The Snake Woman (1960) and Dr. Blood`s Coffin (1961). He returned to the subject of his first films when he directed the teen musical The Young Ones (1961), also known as Wonderful to be Young. It did very well at the box office and in England was second only to Dr. Who. This led to The Leather Boys (1964), a film that has become a cult classic and one of a handful of films that help define British cinema at that time. But of greater importance for the young director, it caught the eye of Canadian-born producer Harry Saltzman. It was Saltzman who hired Furie to direct The Ipcress File, which was released in 1965. Based on the first, and best, of Len Deighton`s Harry Palmer spy series, Furie`s direction held the tension in the story in almost every frame and it remains as easy to watch today as it was the day it was first released. The Ipcress File starred Michael Caine in only his second leading role, and it catapulted him to instant stardom. Furie, however, was fired immediately after filming ended. He and Saltzman had had fierce arguments about what the film should look like and 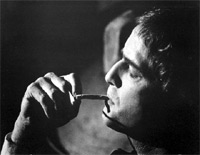 Saltzman couldn’t come to terms with the unorthodox camera angles Furie used in the film. The film was edited without Furie being around, but he had the last laugh when The Ipcress File was given the British Academy Award as Best Picture. For Furie, this led to his first feature in the United States. The Appaloosa (1966) starred Marlon Brand as a wandering cowboy who returns to his sleepy border hometown with the hopes of settling down. But when a merciless Mexican bandit steals his prize possession, it`s a fight to the death for honour in the Old West. While not a terrific film, with some reviewers writing that his direction is a little heavy-handed, The Appallosa has become a bit of a cult classic among fans of Westerns and fans of Marlon Brando.

His next film, The Naked Runner (1967), starred Frank Sinatra. Stylishly shot, it led to another important step in Furie`s career. He impressed the production executives at

Paramount Pictures to the point they offered him a four-picture deal. The first under this contract was The Lawyer, which he also co-wrote. Released in 1970, the film served, in a way, as a pilot for the series Petrocelli, which aired on NBC from 1974 to 1976. He next shot Little Fauss and Big Halsy, which was released in 1973, and enjoyed commercial success, making his bosses at Paramount Studio very happy, with Lady Sings the Blues (1972), the Billie Holiday bio-pic that launched the acting career of Diana Ross. The last of the four films for Paramount was Hit! (1973), which told the story of a black secret agent seeking revenge on the drug importers responsible for his daughter`s death.

Furie`s next two films, Sheila Levine Is Dead and Living in New York, released in 1975, and Gable and Lombard, released in 1976, were less successful but the blame cannot be carried by the director alone. Sheila Levine was played by Jeannie Berlin in her first leading role, and the script was from a writer who had some television experience but had never written a feature. Without skipping a beat, Furie moved on and partnered with another first-time screenwriter, Rick Natkin, and co-wrote what would become one of the first post-Vietnam movies. Released in 1978, The Boys in Company C is particularly strong thanks to Furie`s solid direction.

Furie began his third decade of filmmaking with a return to the horror genre, making one of the most frightening films of all time. The Entity (1983) stars Barbara Hershey as a woman who is terrorized and repeatedly raped by an unseen being. The Entity is a terrifying tale of the supernatural, and Furie`s work is superb. He teamed up with screenwriter Rick Natkin one more time to co-write, co-produce and direct another Vietnam-era story, Purple Hearts (1984). But the love 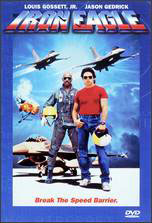 story set against the backdrop of war didn’t work and many thought Furie`s career might be in trouble. But immediately after Purple Hearts came the first of the Iron Eagle (1986) movies, and Furie was back to making box office gold. Which is fine, if you like that sort of movie.

While there is nothing terribly wrong with any of them, few would grade the four Iron Eagle films as anything special. The storytelling is fine and the action/adventure genre is well-served by Furie`s direction, but it takes a huge suspension of disbelief to stick with the plot in any of these films.

Although not controversial in the normal sense of the word, Furie`s work on Superman IV: The Quest for Peace (1987), co-starring Margot Kidder, will occasionally trigger a debate that have some people saying he shot it as a satire of Hollywood. For example: it opens with a scene from 2001: A Space Odyssey in which HAL`s murder of the astronaut is corrected by Superman. Also look for the “trick-car gag” from The Mechanic and 52 Pick-Up used by the 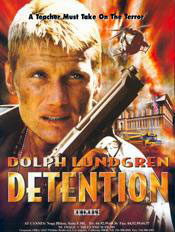 villains, followed by the basic plot device from Zero Hour, which served as the basis for the film Airplane. Furie then plays with Meet John Doe and Mr. Smith Goes to Washington, moving quickly to The Day the Earth Stood Still, and then a cloning sequence right out of Frankenstein. Whatever he was trying to do, Superman IV was an improvement over Superman III.

By the early 1990s, Furie was making solid Hollywood fare. If not always leading edge, his movies served their audiences well, including 1991`s The Taking of Beverly Hills andthe somewhat less-than-satisfying Ladybugs in 1992. He had been working outside of Canada for almost 35 years when he was lured back to direct a two-hour pilot episode of the Lonesome Dove series. Titled The Outlaw Years it was shot on the open plains of Alberta, and must have reminded him of working with Brando on Appaloosa. Working in Canada and on the smaller screen was a big departure for Furie, but they include such well-crafted projects as The Family Channel`s Married to a Stranger in 1998. He also returned to work in southern Ontario for the film Detention (2003) starring Dolph Lundgren and featuring a number of Northern Stars, including Corey Sevier and Larry Day.

Sidney J. Furie can look back over a career that has seen both ups and downs, but on average has produced a solid body of work that any director would be proud to lay claim to. And some of his movies, most notably his early films made in England, have not only become cult favorites but have achieved a status properly described by the word classic, which means they will be viewed for years to come as each new generation discovers Canadian-born director Sidney J. Furie.

This biography is Copyright © 2003 by: Ralph Lucas and may not be reproduced without prior written permission. For more information about copyright, click here.