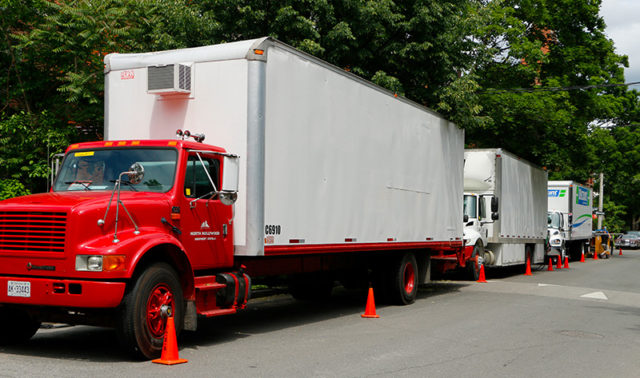 Future Films from Telefilm Canada & the Talent Fund
by Staff

“We were able to increase our support from 15 to 45 projects this year because of the extraordinary contribution of the film schools, coops, and festivals, our program designated partners,” said Jean-Claude Mahé, Acting Executive Director, Telefilm Canada. “In addition, I would like to thank Niv Fichman, of Rhombus Media, Matt Johnson and Matt Miller for their insight and generosity in helping
redesign this program last year – an important legacy that will benefit emerging creators for years to

come. Together, we discover the next generation of storytellers from across Canada and help ignite their careers.”

The Talent Fund, is a private donation fund that has contributed significantly to the Program, with generous support from principal partners Bell Media and Corus Entertainment, as well as numerous corporate and individual donors.

“The Talent Fund has made tremendous strides in the last six years,” said Hartley T. Richardson, Chair of the Talent Fund. “I’m pleased to report that, since the beginning of the year, we have raised an additional $1 million in commitments. Furthermore, we have added new partners including Québecor and we are determined to continue this momentum.”

Creative teams from across the country submitted potential projects to one of the Program’s designated partners. From there, each partner submitted projects to Telefilm for consideration by the decision jury.

The Festival Selection Stream allows emerging filmmakers whose short films have been selected at a key festival to submit a project directly to Telefilm for jury consideration.

Following is the complete list of projects selected for 2018-2019 by province:

Click here for more information about The Talent Fund.