Home News What is the Future of Canadian Television? 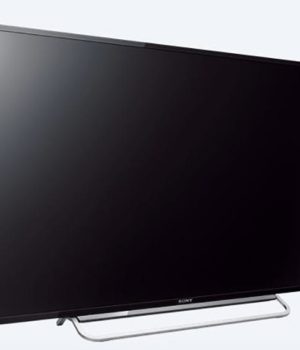 (June 29, 2017 – Ottawa, ON) Last month the Chairman of the CRTC, Jean-Pierre Blais, in his last act in that position, lobbed a deregulation bomb at the Canadian television production industry. A bomb that could have been designed by Blais’ former boss, Prime Minister Stephen Harper. Today, three of the more powerful members of that large and vital industry have joined forces to fight the decisions and to take their argument to a higher level.

The group represents independent producers, performers and directors and is made up of the Canadian Media Producers Association (CMPA), the Alliance of Canadian Cinema, Television and Radio Artists (ACTRA), and the Directors Guild of Canada (DGC). The have decided to file a joint petition to Canada’s Heritage Minister, the Honourable Mélanie Joly, asking her to set aside, or refer back, the CRTC’s Group Licence Renewal decisions for Canada’s large television broadcasters, released in May.

Across the production sector, Canada’s creator community shares deep concerns about the damaging impact of these decisions. An independent analysis commissioned by the CMPA found that the CRTC’s decision to decrease the required amount broadcasters must spend on Canadian Programs of National Interest (PNI) will likely result in a drop of more than $900 million in production volume, causing a cumulative economic reduction of $1.15 billion in GDP over the five-year period during which the broadcasters’ licences will be in place.

“There is unanimous agreement among creators across Canada that the CRTC got this one wrong,” said Reynolds Mastin, President and CEO, Canadian Media Producers Association. “These decisions are going to have a very real, negative effect on Canada’s television production sector; they will decrease the production of diverse, compelling original Canadian content, limit consumer choice, and ultimately hurt our ability to produce and export great Canadian shows.”

As an example, if the changes in the regulations are allowed to stand, the required PNI spend for channels operated by Rogers, Corus and Bell, will fall to just five per cent, having a severe negative impact on the production of Canadian television dramas, comedies, children’s programming, long-form documentaries, variety and performing arts shows,  and on the health and productivity of our sector as a whole.

“We are very concerned about the future of Canadian production and the devastating effects the CRTC’s decisions could have on the thousands of Canadians employed in the television production sector,” said Stephen Waddell, National Executive Director, ACTRA. “It’s time for a new direction at the CRTC: one that protects Canadian culture and the jobs of cultural workers; understands the challenges of our film and television sector; and ensures Canadian stories can continue to be shared on screens in Canada and around the world.”

In addition to greatly reduced PNI spending, the group’s joint petition objects to the CRTC’s decision to remove evening exhibition requirements for the broadcasters’ discretionary services and the negative consequences of the CRTC’s failure to address the erosion of independently-produced programming.

“This is a ruling handed down by the outgoing chair at the CRTC, a Harper appointee who called for an end to nearly every support for film & television from Canadian hiring requirements to tax credits,” said Tim Southam, President, Directors Guild of Canada. “Now, the Trudeau government has to decide whether to stand with Mr. Harper’s man, or stand with audiences and creators. We have to modernize our broadcast system to bring it into the 21st century, not tear it apart.”

At the heart of the issue is how consumers receive their programming. Are regulations originally designed during the “broadcast era” still valid in the age of the Internet?

As the furor over these decisions began to grow in early June, Jean-Pierre Blais in an interview in the Globe and Mail said, in part, “…regulation, or more intervention, is a poor substitute for a properly functioning marketplace.” To us that sounds very much like the argument put forth by lawmakers south of the border when they try to justify gutting the American health care system.

Click here to read and/or download a detailed analysis of the impact these recent CRTC decisions will have.