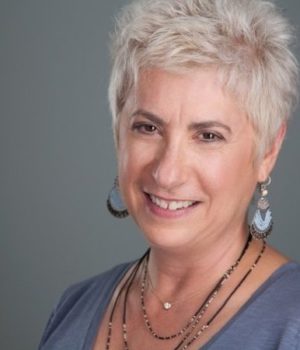 Risa Bramon grew up in Montreal and moved to Toronto to study at York University. Just as she was finishing the program, she was hired as an apprentice on the play Streamers, produced at the St.Lawrence Centre in 1977. Her mother had been born in the United States, and Risa almost naturally gravitated toward the America cast. As the production was coming to a close, she was invited to visit some of the cast that shared a house in New Jersey. Bramon jumped at the chance to exercise her dual citizenship. Her first job in showbiz south of the border was as a security guard at the Ensemble Studio making $10 a night. Over the next few years, she slowly rose in the theatre and had become an accomplished director with solid reviews for her work on plays by such writers as John Patrick Stanley, David Mamet, Horton Foote and Wendy Waserstein.

In 1984, Bramon and another New York director, Billy Hopkins, were asked to work on the casting of an independent production to be shot in Manhatten. It may have been an independent movie, but the casting challenge was gigantic. The script called for 56 speaking roles and 26 major parts. Desperately Seeking Susan turned out to be a hit and helped launch the careers of Madonna, Aidan Quinn and Rosanna Arquette. Risa Bramon and Billy Porter were suddenly in high demand.

Bramon and Hopkins worked together until 1993. Their talent at finding and/or recommending talent has become legendary: They saw Glenn Close as the temptress in Fatal Attraction. They cast Macaulay Culkin in 1989`s Uncle Buck long before he made is first Home Alone picture. They were the visionaries who saw Sandra Bullock driving the bus in Speed in 1993. It was after casting Speed that the partners went their separate 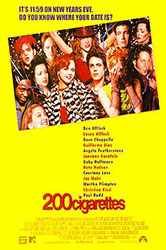 ways. Also in 1993, she served as the associate producer on Oliver Stone`s Heaven & Earth, and in the same capacity on the director`s next film, Natural Born Killers (1994).

Bramon missed the theatre and decided to move to Los Angeles and marry boyfriend René Garcia, a Hollywood set designer. To satisfy her need for theatre, she created a West Coast version of The Ensemble Studio, but Hollywood is not a theatre town and she went back to what she has often called her “waitressing job” of casting director.

Shortly after settling in L.A., she was approached to direct a movie. Written by New York novelist, Shana Larson and set in New York, 200 Cigarettes was familiar territory for Risa. Unfortunately the company that owned the film rights had signed Mike Newell to direct and it wasn’t until that company went out of business that Bramon Garcia learned Newell didn’t really want to direct the film anyway.

Working with a small budget in Hollywood terms ($6.5 million US) the film was shot in 33 days on the streets of New York in the middle of winter. 200 Cigarettes, with Jay Mohr, Ben Affleck, Courtney Love and Kate Hudson, opened in February of 1999 to generally excellent reviews.

“I never want to cast again, unless it’s for my own movie,” says Bramon Garcia. She directed two episodes of the series Twilight Zone in 2003, but either fortunately for other producers and directors who can rely on her unique abilities to forge a winning team, or unfortunately for those of us who enjoyed her first feature, she has continued to work in the film and television industry as a casting director. She has worked on films like the Keanu Reeves/Charlize Theron film, Sweet November, in 2001, and the series C.S.I: NY in 2004.

This biography is Copyright © 1999 by Ralph Lucas and may not be reproduced without prior written consent. For more information about copyright, click here.