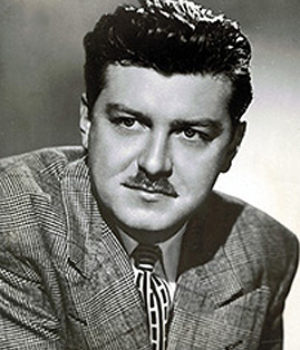 There is a powerful pull on each of us. It is called home. Each time Émile Genest left Québec City, he would ultimately return. If not to the exact city of his birth, to the province where he was most comfortable working.

Born in 1921, his young life was unremarkable except to note that he graduated from Collège Charles Grenier. When war broke out in Europe, Genest saw it as an opportunity to escape, and like so many young men, he joined the Royal Canadian Navy. Even then people would say things like “Join the Navy and See the World.” At the end of thewar, however, Genest headed for home and landed a job in radio in Québec City. Later he moved to Montréal to work as an advertising salesman for the CBC. But he missed the excitement of live radio and returned to the air in both English and French as a sportscaster for CBC Radio. One of the ugliest moments in Canadian sports history occurred in1955 when a riot broke out in Montreal over an unfair penalty meted out against Maurice “Rocket” Richard. Many believe it was the calming words and level-headed response of Genest that helped prevent a bad situation getting totally out of hand.

However, his radio career wasn’t confined to sports. He was cast to play the young wheeling and dealing Napoléon Plouffe first in the radio series and later when the series migrated to television. Much later, when director Gilles Carle decided to update the story of the most famous family in Québec, Genest was a little too old to play the son but he played the patriarch of the family, Théophile Plouffe, instead. But by then, he was a well-established actor both in Canada and the United States. In particular he did a significant amount of work for Disney, including the highly popular Big Red. It’s fairly well known that Walt himself dubbed Genest “the mad French-Canadian.” Despite the palm trees and warm

breezes of southern California, toward the end of the 1960s he drifted back to Montréal. At the time he said he wanted to take some time off to go fishing. He also admitted to the now-defunct Montreal Star that he had been drinking when he ended up signing three different contracts for work, including a stint on CJMS radio. As he said, “If I had been sober, I would have never left California.”

But the prodigal son was back and back with a vengeance. He had returned at a time of growing tensions between his home province and the government of Canada. He not only threw himself into some of his best work before the cameras, but having lived outside of Canada he was able to have a perspective on how truly great the country is. He was a staunch federalist and a founding member of the Council for Canadian Unity and worked tirelessly during the 1980 Québec referendum on sovereignty, which was ultimately defeated.

Genest continued to work long past when most people are happy to relax and enjoy their retirement years. It was also as if he feared slowing down. In an ironic twist of fate, it was while he was vacationing in Florida that he suffered a heart attack March 13, 2003, and passed away in hospital a few days later. He was 81 years old when he died, and the news brought remembrances and tributes from a wide range of friends and colleagues as well as a statement from the Prime Minister of Canada, which read, in part: “A generation of Québeckers and Canadians will have fond memories of Émile Genest. An actor in several Canadian and American films, Mr. Genest was also a star in the unforgettable television series La Famille Plouffe. This television series entertained us with the ups and downs of a typical Quebec family. It was a phenomenal success thanks in large part to the image and voice of Émile Genest.”

This mini-biography is Copyright © 2003 by Ralph Lucas and may not be used without prior written permission. Click here for more information about copyright. The poster for Big Red was scanned from an original in the Northernstars Collection.