Home News Get in Line!

(June 14, 2017 – Toronto, ON) Our occasionally unoccupied Founder and Publisher, in moments of minor frustration, has been known to say, “I seem to spend half my life on hold and the other half pushing doors that say pull.” If he had another half-life to give we’re fairly certain he’d add something like “and the third half waiting in line.” What is it with line-ups? On any given day you can wait in line for a coffee, wait in line at the bank or ATM machine, wait in line to buy a loaf of bread or a jug of wine and wait in line to get a move ticket. On a particularly bad day you could wait to do all those things and chalk up an hour or more of your life doing nothing but waiting. What gives?

Blame the French – they invented the line-up during the French Revolution, demanding that everyone be treated equally. So everybody had to line up: first come, first served. Today, all over the world, people are still lined up – millions, maybe billions of us losing countless hours of our time, our patience and our lives. It’s lost time we’ll never get back.

Enter famed Montreal writer and filmmaker Josh Freed. That’s him sitting in line outside his hometown’s famous deli Schwartz’s. “I knew queues were universal,” said Freed. “But I got curious about whether they were different in different countries, and in what ways. Can line-ups be improved? Will technology make lining-up obsolete?”

And so he hit the road and now offers up The Taming of the Queue, a new documentary that will have its World Premiere on documentary Channel Sunday, June 18 at 9 pm ET/10 pm PT. Some of the people and places he visits include: 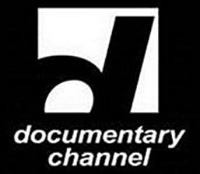 In Boston, MIT’s Richard Larson, a legendary lineup expert known as ‘Dr. Queue’, says, “Many of us spend 2 to 3 years of our lives in queues of some kind. Lineups cause stress, anxiety, rage – and sometimes even murder.”

In New York City, writer Tom Vanderbilt, author of Traffic: Why We Drive The Way We Do, says, “We’re much ruder in traffic lines, because we’re encased in anonymous steel. If we behaved in regular lineups like we do in traffic lineups, there’d be fistfights all the time.”

Freed stands in some of the world’s worst lineups in Mumbai, India, where queues are a grueling part of daily life. The average Indian spends a month each year waiting in queues, says acclaimed Mumbai writer Jerry Pinto. Train lineup mobs are so overwhelming, Freed couldn’t even get onto a train. Pinto says: “There are thousands of people getting down, thousands getting on at the same time. It seems as if war is imminent … you just can’t handle it!”

He travels to queue-crazy Britain, where people love to stand in line to show off their national identity. Even British thieves sometimes stand in orderly lines as they prepare to loot stores.

Of course he spends time in Canada exploring lineups at supermarkets and, as pictured, outside Schwartz’s. Before bringing a chair he tries to break into a long line, just to see what happens. This is Canada. Nothing happens. He is politely reminded there was someone in the line ahead of him.

Freed looks at the psychology of lineups. For instance, is there any truth to the belief that the other line always seem to move faster? He talks to people studying queues and meets professional New York City line-standers who will “queue for you.”

And finally, Freed looks at the technological revolution that’s finally starting to undo the queue. Are we reaching the end of the line?

The Taming of the Queue is written, hosted, narrated, directed and executive produced by Josh Freed. The film is produced by Janet Torge. Editor is Vidal Béïque. Directors of Photography are Philippe Lavalette and Alex Margineanu. Sound Recordist is Dominique Chartrand. Field Director is Stephen Phizicky. Researcher is Terri Foxman, and Music Composer is Eric Lemoyne. For documentary Channel, Bruce Cowley is Senior Director, and Jordana Ross is Production Executive.

Also launching on June 18, Queue I.Q. is an online quiz game developed along with the documentary. It’s a chance to test your queue I.Q. When’s the best time to shop for groceries to avoid the crowds? What’s a sure-fire way to get tickets to Saturday Night Live? What was the longest traffic jam ever? Queue I.Q. is free and playable online or on your mobile. It will be launched with the first broadcast of The Taming of the Queue documentary. Queue I.Q. was created by KNGFU in Montreal and funded by CBC, Canada Media Fund and Josh Freed Productions II. This link should be active as of June 18.