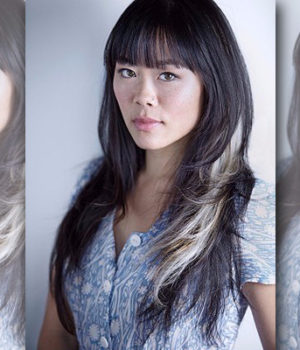 (January 27, 2017 – Toronto, ON) Grace Lynn Kung, most recently seen in the award-nominated Miss Sloane opposite Jessica Chastain, has joined the cast of Cult Of Chucky in the role of hard-edged Claire. The film is directed by Don Mancini and is currently shooting in Winnipeg, Canada.

Grace Lynn Kung is nominated for a 2017 ACTRA Toronto Award for Outstanding Performance as Pam Naardlinger in The Death (and Life) of Carl Naardlinger. She can next be seen as Annie in the upcoming series Mary Kills People, and will appear on the Syfy series, The Expanse.

Her credits include other notable TV series and films such as 12 Monkeys, The Strain, Being Erica, Slings and Arrows, Away From Her, Odd Squad, House Party, and Cube 2: Hypercube. She received a Canadian Screen Award nomination for Best Performance by a Lead Actress in a Comedy Series for her role in the spy series InSecurity. In 2016, she directed her first short film A False Sense of Security.

Grace Lynn Kung is represented by Sainou Talent Agency in England and in Canada by Emma Laird of The Gary Goddard Agency.