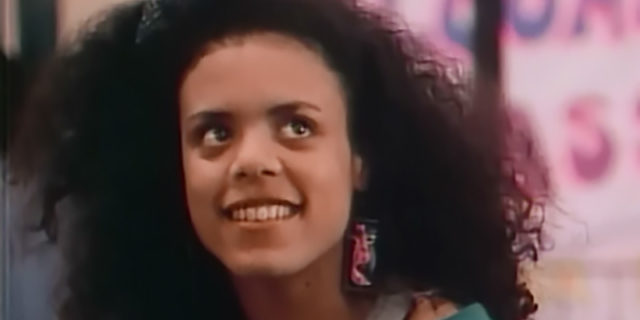 Toronto-born Anais Granofsky, whose parents are bi-racial, began her acting career as a child of nine in the original The Kids of Degrassi Street, which went on air on the CBC in 1979. Appearing in six episodes of the original, she was chosen to play the role of Lucy Fernandez in the series Degrassi Junior High (pictured above), which became Degrassi High (1987–91). The popular show became a staple of Canadian television with its realistic depiction of young teenagers coping with the pressures of high school. In 1987 Degrassi Junior High won an International Emmy Award for best children’s programming. It also collected an impressive 18 Gemini Award nominations, winning eight.

Granofsky appeared in the television movie School’s Out in 1992, which featured the Degrassi cast, then took time off to learn the craft of directing and writing screenplays at NYU, New York University. Returning to Toronto, she resumed her television career with recurring roles in the series Fast Track and Nikita. In 1999, she had a small role in Three to Tango starring Matthew Perry and Neve Campbell, which was shot in Chicago, and she reprised her ‘Lucy’ character in the two-part pilot episode of CTV’s Degrassi: The Next Generation in 2001.

In 1999, Granofsky co-founded Have Mercy Pictures with Vicki Gryspeerdt. She wrote and directed the micro-budget Have Mercy in 1999, which failed to find distribution. Undeterred, in 2001 she wrote, starred and directed her second feature, On Their Knees, about two half-sisters (played by Granofsky and Ingrid Veninger) who re-unite after years apart to transport their dead grandmother in an ice cream truck back to Nova Scotia for burial. On their way there, they run into a series of quirky characters played by an impressive ensemble of talented Canadian character actors. Shot for less than $500,000 on an 18-day shoot, the film was awarded best film at the 2001 Reel Black Awards, sponsored by Toronto’s Black Film & Video Network.

In 2004, she directed her third film, The Limb Salesman, with a script by Veninger based on an original idea by Granofsky and starring Peter Stebbings and Clark Johnson. It’s the strange story of a disgraced doctor who regenerates limbs on the black market. Granofsky has also directed episodes of the series Da Kink in My Hair.