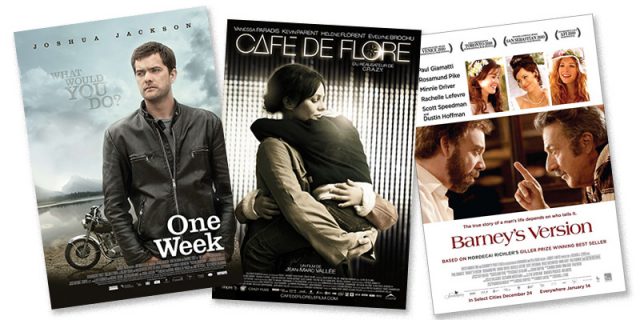 (July 25, 2022 – Toronto, ON) There are times when I have to force myself away from my computer. I’m not addicted to it, but I seem to have a real need to get stuff done and most of what I do requires a computer. Sometimes I grab my camera and go for a walk around one of Toronto’s best neighbourhoods and sometimes I leave the camera and just enjoy the walk. If it’s too hot or raining, I’ll turn on the TV and punch around the remote until I find something I like.

Last week, looking for something, anything to watch for a few minutes, I came in toward the end of Barney’s Version. I had forgotten how wonderful it was and lost part of my work day to what is decidedly a guilty pleasure. I’ll come back to that film later.

I assume we all have “guilty pleasures” when it comes to film. One person’s hit is another’s bomb. Even when critics generally like or dislike a film, there are usually differences in what they liked or disliked. In addition, the ups and downs of someone’s personal life—Woody Allen comes to mind—can have a major impact on their past work as well as temper the reception of future projects—Roman Polanski comes to mind—yet in the privacy of our own screening rooms or cellphones we watch what we like and the rest of the world be dammed. Three such films come to mind. From 2009, the Joshua Jackson feature One Week, Jean-Marc Vallée’s 2011 film Café de Flore and as mentioned, Barney’s Version. There are others, maybe for another time.

Often films that end up in this category make some personal connection. I began my review of One Week recounting two trips I had made that were echoed in Michael McGowan’s hit film. Joshua Jackson plays a man about to get married who is diagnosed with terminal cancer. This one sentence from the review encapsulates the story: “Facing that unanswerable question about facing death, McGowan essentially casts it aside and deals with what you could do if you had a life.” The performances are wonderful, the travelogue aspect of the film highly enjoyable and there’s a sort of surprise ending. At the 2010 Genie Awards, Joshua Jackson was named Best Actor, the only award given to the film. To be fair, every film was up against the brilliant black and white documentary-style retelling of one of Canada’s darkest moments in Denis Villeneuve’s Polytechnique. If you missed it first time around, should One Week pop up on TV have a look. I think’ you’ll like it. 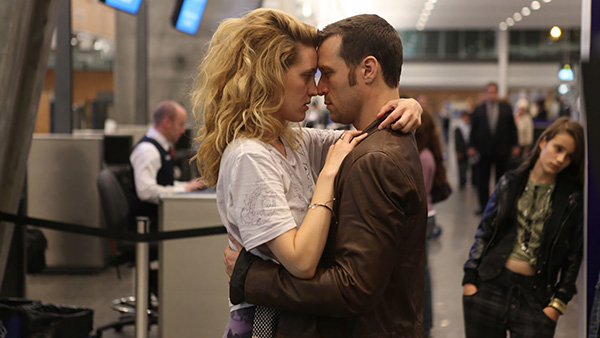 Jean-Marc Vallée’s Café de Flore is very different. It’s a complicated story that requires a certain amount of concentration as the plot shifts in time and place and tells separate stories. As the synopsis on our page for that films states, “What binds the two stories together is love – euphoric, obsessive, tragic, youthful and ultimately timeless love.” Café de Flore came six years after Vallée’s 2005 multi-award-winning hit C.R.A.Z.Y. and two years before he made Dallas Buyers Club. In his remarkable but short list of films it might be easy to miss Café de Flore but that would be a mistake. It is in its own very special way captivating and if you give it a chance you will be drawn back to it time and again.

Lastly, back to Barney’s Version. One of the reasons it took so long to go from book to screen (14 years) was the belief the book could not be filmed. The author, Mordecai Richler tried it and couldn’t find a taker for his screenplay. When it was finally made and released many thought and wrote about how the movie never lived up to the promise of the book. Writing for Northernstars, Wyndham Wise concluded his review by saying the feature ended up being… “the equivalent of an expensive, up-scale movie of the week.” When I came across it recently and watched the last half, I loved what I was watching (for the third or fourth time) particularly the various cameo scenes. The film stars Paul Giamatti, Dustin Hoffman, Rachelle Lefevre, Minnie Driver, Rosamund Pike and many others, but look for appearances by David Cronenberg, Atom Egoyan, Ted Kotcheff and especially for me, Denys Arcand playing the role of a hotel Maître’D.

I mostly agree with the critics who thought it just wasn’t Big Screen stuff, but it looked great on the small screen. In conversation last week with our Film Correspondent Thom Ernst, we both agreed the scenes between Paul Giamatti and Dustin Hoffman (playing Giamatti’s father) were some of the best moments in the film and we both wished there had been more screen time for Hoffman>

In getting ready to write this I kept thinking about how well Barney’s Version worked on television. And then I had another thought, possibly addressing the issue that the book could never be made into a film. This line, taken again from our review of the film, says it all “…taken as a whole, Barney’s Version is too much of a sprawl, with too much to say about the ephemeral nature of relationships, Jewish guilt, politics and the television business, even hockey, to have much of a lasting emotional impact. There’s something wandering and indistinct about the picture.”

My solution: If there’s some enterprising producer out there and a streaming service with deep pockets, Barney’s Version could be an absolutely brilliant television mini-series. Until then, if you get a chance, give it a shot.

Click on the title links to learn more about the films and watch their trailers.