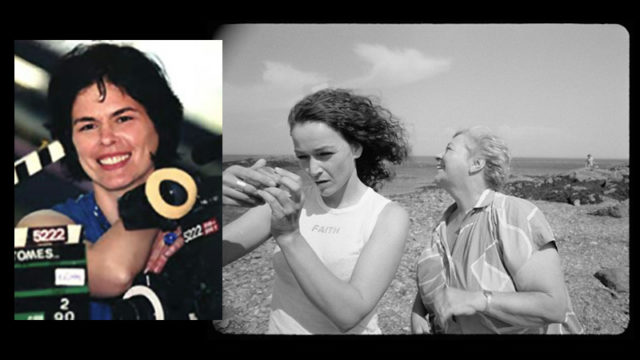 Guylaine Dionne – A Look Back
by Staff

(September 14, 2018 – Toronto, ON) This is the 6th in our Look Back series which began on July 20 as part of our celebration as we look forward to our 20th year of publication in February of next year. As we mentioned in that first post, one of the highlights of what we have accomplished was the acquisition of the digital archives of Take One – Canadian Film and Television in 2007. The magazine had ceased publication in 2005 after a stellar run as the go-to source for information about Canadian film.

We have been slowly and carefully mining this resource and from time-to-time we come across articles about filmmakers we needed to add to the website. Québec director Guylaine Dionne is one such example.

In 2000 she made her first feature length film. Titled Les Fantômes des trois Madeleine, it was selected by the Directors’ Fortnight and had its World Premiere at the 2000 Cannes International Film Festival. This was followed by an international tour of prestigious festivals in Portugal, Korea, Belgium, Italy and Canada.

In September of that year Les Fantômes des trois Madeleine screened at the Toronto International Film Festival, and Take One contributor Isa Tousignant completed an in-depth article about the film. Northernstars is pleased to republish that article titled In Search of the Lost Father.

Click here to read In Search of the Lost Father.

The Increasing Lightness of Being Daniel MacIvor