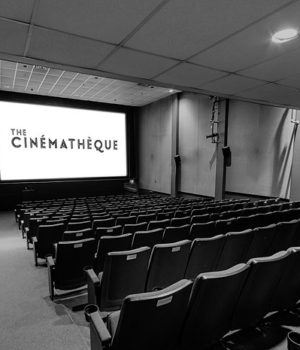 The Healing Power of Cinema
by Roberta McDonald

(December 22, 2016 – Vancouver, BC) In these tumultuous times, it’s comforting to know the Frames of Mind mental health film series is still robust and relevant after 14 years.

Held on the third Wednesday of each month and hosted by one of Vancouver’s cultural stimulators and innovators, the Cinematheque, the series is collaboration between Caroline Coutts and Dr. Harry Karlinsky. She is an award winning filmmaker and festival programmer and he is a lauded psychiatrist and clinical professor at UBC. The event is part entertainment, part community, and part education. The evening begins with an introduction to the film, usually by Dr. Karlinsky. After the credits roll, he introduces an expert from the field. Someone with working knowledge of the mental health challenge brought up by the film.


At a recent screening of the German/Portuguese film Fado; Dr. Randall White helped ease my anxiety by providing clinical insight into the protagonist’s struggle. He also alluded to historical events that provided much of the visual symbolism for the film that I would have missed without his knowledge. After watching the protagonist sink into pathological jealousy over the course of 90 minutes, I felt unmoored and uneasy. In a commercial theatre setting, this would have haunted me for days. But the enlightening discussion soothed and calmed my troubled nerves.

For Coutts, a Vancouver filmmaker and curator of the series, holding safe space to discuss the myriad complexities of mental illness is a passion project she pours hours of effort and skill into. It’s not glamorous, but her dedication is clear as she discusses the series in a Robson street coffee shop. With the shrill of steaming milk in the background, she is composed and focused.

of people are going to do readily. But if you say, ‘I have this great film that opened at the Sundance Film Festival it’s got great acting, etcetera’ and it just happens to be about a mental health issue, those people are still likely to come,” she says.

With the stresses of our accelerated lives, mental health is still an emerging social topic. Stigmas persist, even in our age of over sharing and status updates. Coutts points out mainstream films can still fall short on exploring mental illness with authenticity and compassion. It’s a big motivator for her, programming films that are highlighting an urgent social need in a skillful way.

“I think this hits a nerve. It’s something people want to talk about but don’t always know how to talk about. I think mental illness still has a lot of stigma around it and there’s a lot of misinformation out there, especially in cinema. Part of what we want to do is challenge those often erroneous portrayals of mental illness in more mainstream cinema and present these films which are good films in and of themselves. They have to stand out artistically, because we have to meet the criteria of the Cinematheque which is an art-house cinema,” she explains.

With fierce competition for our ever-diminishing attention, the series has maintained a dedicated and diverse following. Audience members are as eclectic as the films, with cinephiles, mental health professionals, and laypeople coming together around a shared curiosity and love for story.

“Harry and I agreed, as long as people keep coming to this series, we’ll keep doing it. I’ve often wondered if this is going to be the time people don’t come, and yet 14 years in, we’re still here. I think we’re hitting a chord. It’s something to do with the accessibility, it’s something to do with how much people react to and respond to cinema.”