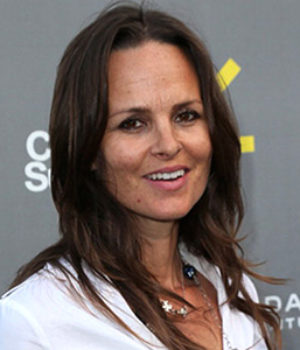 (September 13, 2015 – Toronto, ON) – Organizers at the imagineNATIVE Film Festival have announced the creation of the first producer-focused professional development lab for emerging and mid-career Canadian Indigenous Producers looking to hone their skills in dramatic feature film production. Leading this new initiative is Cherokee filmmaker Heather Rae.

Arguably the most prominent Native American producer in Hollywood, Rae`s 20-year career has spanned documentary and dramatic work, with over 36 films as director, producer and executive producer. Her award-winning work includes producing the twice Academy Award, Sundance Grand Jury Prize, and seven-time Spirit Awards nominated Frozen River (2008), for which she received the 2008 Spirit Award for Producer of the Year. Her directorial effort, the multi-award-winning Trudell (2005), premièred at the Sundance Film Festival and played at over 100 festivals including imagineNATIVE. For six years, Rae ran the Native Program at the Sundance Institute and was a programmer for the Sundance Festival. She has worked as an advisor or consultant to Sundance, ITVS, the Rockefeller Foundation, National Geographic, PBS, Film Independent, the Independent Feature Project, Berlinale and other media companies and organizations. She has spoken at universities, conferences and summits the world over and remains a vital force in the independent and Native American film industries.

“Heather has achieved a level of success in the American industry that few Native American producers have,” said Daniel Northway-Frank, imagineNATIVE’s Manager. “For emerging Canadian producers to learn and be inspired through her experiences and insight, we hope this mini-lab will spur the charge of our selected participants to succeed in producing within and outside of Canada’s media arts sector.”

“CMPA is proud to support the inaugural ImagineNATIVE/CMPA Mini-Lab for Indigenous Canadian Producers,” said CMPA President and CEO, Reynolds Mastin. “We believe this initiative will help launch a new generation of Indigenous producers, and their stories, establishing fresh voices that will enrich audiences around the world. “

Through a public application process, imagineNATIVE will invite four emerging Canadian Indigenous producers – with minimal credits on professionally presented short or feature film work – to participate in a three-day “mini-lab” with Heather Rae.

Through a series of daily private, intensive half-day sessions running October 15-17, 2015 guided by Canadian producer and imagineNATIVE board member, Paula Devonshire (Mohawk), Rae will discuss her own projects and experiences, share best practices of creative and business production, and equip participants with producing savvy needed to develop their projects. Topics will include:

– Evolution of a career: Rae will discuss her professional career trajectory, the lessons learned and experience gained, what drives her decisions, the cultural impact and influence of her Indigenous heritage on her career, managing and committing to creative and economically driven projects, and work/life;
– Producing vs. Executive Producing: distinction, benefits and challenges;
– Case studies of her leading works to provide guidance and insight on practical producing processes for large scale dramatic feature film;
– Navigating larger feature film funding applications and opportunities in the US for international (co-production) projects; and,

In addition to the Mini-Lab, Rae is also the focus of the inaugural Artist Spotlight, which acknowledges Indigenous creative leaders whose work has broken new ground through art and industry and who continue to make lasting contributions to the Indigenous media arts landscape. For this inaugural Spotlight the Festival will celebrate her work in three screenings of her films followed by Q&As with the Rae. The full line up will be announced in mid-September.

Mini-Lab applicants must be Indigenous Canadian (First Nations, Inuit or Métis) and be resident in Canada. Travel and accommodation are not provided; this lab takes place during the imagineNATIVE Film + Media Arts Festival in Toronto from October 15 to 17, 2015 and all successful applicants must be available for this period.

Applicants must submit the following via email to programming(at)imaginenative.org:

Name
Location (Country, Province, City)
Indigenous Affiliation
CV and filmography including awards and festivals listing
1 page (max) letter of intent detailing your interest and how you hope the mini-lab will improve your skills.

Deadline for applications is September 28, 2015. Applicants will be notified of their results by October 1, 2015.

Casting the World in Toronto