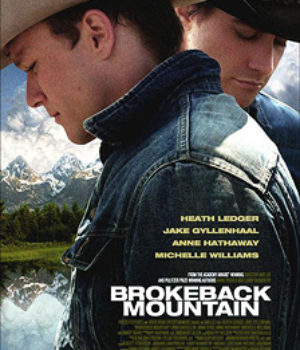 (February 24, 2006 – Toronto)- It began with a quick exchange of emails. Cheyenne Hill would be working with a new agent and we needed to update some information in our Northernstars database. No problem. That`s why we’re here. But then we thought, Hey, wait a minute, this young Canadian actor had just appeared in her second feature and it turns out to be the highly regarded multi-award-winning film Brokeback Mountain. We wondered, and hoped, if Cheyenne could spare us a few minutes to answer some questions about having a role in this Oscar-nominated film? Luckily for us, she did.

NS: How did you get to be in the cast of Brokeback Mountain?

CH: I auditioned for Deb Green, the Calgary Casting Director first. Then 2 days later, I had a call back with Ang Lee. He is a very nice man. For every audition I am always a bit 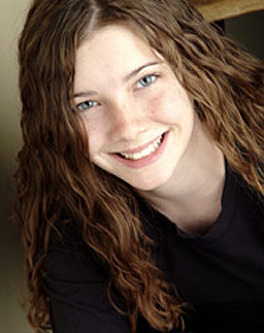 nervous, but when I walked in that room, his presence just made everything comfortable.

NS: How do you feel about Montana getting most (or all) of the credit when the film was really shot in Alberta?

CH: I didn’t really know that was happening. Alberta is beautiful! I hope people realize that`s our scenery.

NS: You play the daughter of the character played by Michelle Williams, Alma. In fact there are 2 or 3 younger Almas. What do all of you have in common?

CH: Alma Jr is the oldest daughter of Alma (Michelle Williams) and Ennis (Heath Ledger). One thing we all had in common, was blue eyes, except for the last Alma Jr…her’s were brown.

NS: Did Michelle Williams give you an insight into her character that helped you play the younger Alma?

CH: None of the other actors worked with me on my character, it was only Ang Lee who gave me direction.

NS: How many days did you work on the movie?

CH: I was on set for 4 days. I was really lucky to be on set for the first day of filming, because Ang Lee does a “Good Luck” ceremony at the start of every movie he makes. Before we began filming that first day, all the actors and crew participated in the ceremony with Ang Lee. It was an amazing experience. And I think it worked, because the movie is doing so well!

NS: Brokeback Mountain is only your 2nd film. What did you think when you heard it had been nominated for an Oscar?

CH: It made me really excited and proud to be in it. Not that I wasn’t proud already.

NS: What`s next for you professionally?

CH: I’ve really enjoyed the acting I’ve done, and plan to continue acting as an adult. For now, I am enrolling in a fine arts program for High School that teaches drama and film studies.

NS: What`s next for you personally?

CH: In my spare time I enjoy snowboarding, and have just started modeling.

NS: Many people throw Oscar parties and they are just fans of movies in general. You are in a nominated film. How do you plan to spend Oscar night? Are you planning an Oscar party?

CH: We don’t have any definite plans yet, but I would like to have a party with family and friends.

NS: Any advice for other young actors trying to break into the biz?

CH: For anyone interested in acting, find a good agent, and work hard and never give up!

Northernstars.ca thanks Cheyenne Hill for answering our questions.