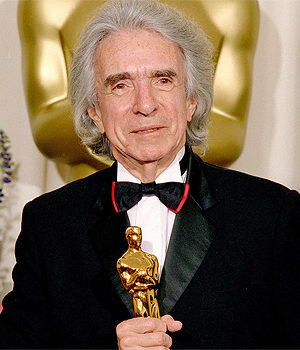 Born in Edmonton, Alberta, Arthur Hiller grew up knowing he had a special talent for visual expression. He attended the Victoria School for the Performing and Visual Arts in Edmonton, but the Second World War interrupted his studies. Hiller joined the Royal Canadian Air Force and fought in the skies over Europe. After the war, he completed a masters degree in psychology at the University of Toronto before joining the Canadian Broadcasting Corporation in 1949. He became a director in public-affairs programming and then live-television drama before moving to Los Angeles.

In the United States he continued his work in live television, including a number of productions for the critically acclaimed Playhouse 90. One, Massacre at Sand Creek, brought him an Emmy nomination. It is impossible to obtain an accurate count of the number of television episodes he has directed, but one industry source pegs it at more than 300. This includes episodes of the series Naked City, Alfred Hitchcock Presents, Ben Casey, Route 66 and Gunsmoke among others.

Although his professional career as a director kept him busy, he always found time to be involved with the film industry as a whole. He served two terms as president of the Directors Guild of America, he was a member of the Board of Governors, and served four terms as president of the Academy of Motion Picture Arts and Sciences. He was a member of the National Film Preservation Board of the Library of Congress. In addition, he served on the board of the National Endowment for the Arts, the Anti-Defamation League and the Motion Picture and Television Fund.

In 1970 Hiller received his only Academy Award nomination for his film, the hugely popular “weepie,” Love Story. Although it didn’t win, Hiller did pick up a Best Director Golden Globe for his work on that film. In 2002, he was given the Jean Hersholt Humanitarian Award by the Academy (pictured above), and in 2001, The Santa Clarita International Film Festival gave him a Lifetime Achievement Award. The Director’s Guild of Canada followed suit with their Lifetime Achievement Award in October 2004. He had been honoured with a star on Canada’s Walk of Fame in Toronto in 2002 and in 2006 he was made an Officer of the Order of Canada.

Hiller and his wife, Gwen Pechet, lived in Beverly Hills. They had two children, daughter Erica, a film producer, and son Henryk, who is an attorney involved with Native American rights in Seattle.
Arthur Hiller was 92 when he died in Los Angeles on August 17, 2016, two months after the passing of his wife. They had been married for 68 years.

This mini-biography is Copyright © 2004 by Ralph Lucas and may not be reproduced without prior written consent. For more information about copyright, click here.