“Promoting Canadian film to audiences the world over is a top priority for Telefilm Canada, and the Academy Awards provides an incredible opportunity to do just that,” said Carolle Brabant, Executive Director, Telefilm Canada. “An Oscar nomination can completely change a filmmaker’s trajectory, as it provides the opportunity for their work to be discovered by millions of new film lovers around the globe.”

“I warmly congratulate François Girard, Roger Frappier, and the entire team behind Hochelaga, Land of Souls. I have no doubt that your film will continue to seduce audiences and the Academy’s voting members, and I look forward to seeing the groundswell of public support during this high profile race.”

François Girard is a renowned film, opera, and theatre director. In 1993, his feature film Thirty Two Short Films about Glenn Gould was an international success. Five years later, the Oscar-winning The Red Violin established the filmmaker as an important figure in international cinema. In 2007, he directed Silk, an adaptation of the successful Alessandro Baricco novel, and in 2014, he helmed Boychoir. To this day, François Girard’s films have won close to 100 awards internationally and the praises of filmgoers from all four corners of the globe.
This is François Girard’s first time representing Canada in the race for the Best Foreign Language Film nomination at the Academy Awards.

“This is a great honour that reflects on Hochelaga, Land of Souls and on all those who worked on the film, starting with my dear friend and producer Roger Frappier,” said director François Girard. “In the film, French is heard alongside Mohawk and Algonquin, the languages of the two great founding nations of our people.”

Hochelaga, Land of Souls was produced by Roger Frappier (MAX Films). Frappier is one of the most prolific Canadian producers, having produced more than 50 productions over the last 40 years. Two of his films have been nominated for a Best Foreign Language Film Oscar, including Jesus of Montreal, which also won the jury prize at the Cannes Film Festival. From his start as a producer at the National Film Board in the 1970s, Frappier has worked with almost all of Quebec’s renowned filmmakers, on top of having discovered a number talented young filmmakers. Over his career, he has thus contributed to the birth of major cinematographic work.

Frappier added: “Working with François Girard was one of the greatest experiences of my life. His vision of our belonging to this land, from the First Nations people to the present day, was in some ways a premonition of what we are presently living. I am delighted that this film will now sit next to the best films from around the world.”

Hochelaga, Land of Souls was financed by Telefilm Canada and produced by Roger Frappier (MAX Films). The film is distributed in Quebec by Les Films Séville, affiliate of eOne, and represented internationally by Seville International. It was given a Gala presentation at the Toronto International Film Festival (TIFF) in early September. It is scheduled to be released theatrically in the fall of 2017. 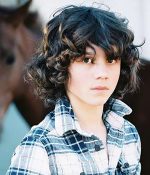