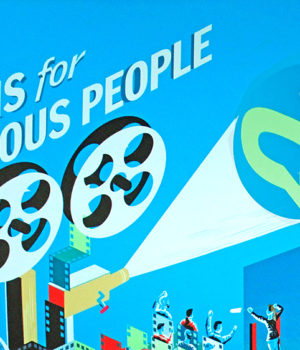 (March 22, 2016 – Toronto, ON) It was a packed house at the Bloor Hots Docs Cinema this morning as the people behind North America’s largest and most important documentary festival unveiled the films that will make up this year’s schedule. The first announcement was that this year promises to be the biggest and the best festival in Hot Docs’ history. “This year’s festival is wonderfully curious, and especially adventurous,” said Hot Docs Executive Director Brett Hendrie. This year Hot Docs will present “a record number of world and international premiers.”

The 2016 Festival will screen 232 official selections and retrospective titles across 12 distinct programs. Culled from 2,735 submissions, this year’s selection comes from 51 countries and close to 40% of the titles come from women filmmakers. Just one such example is the opening night world premiere of (pictured below) League of Exotic Dancers from Canadian director Rama Rau. 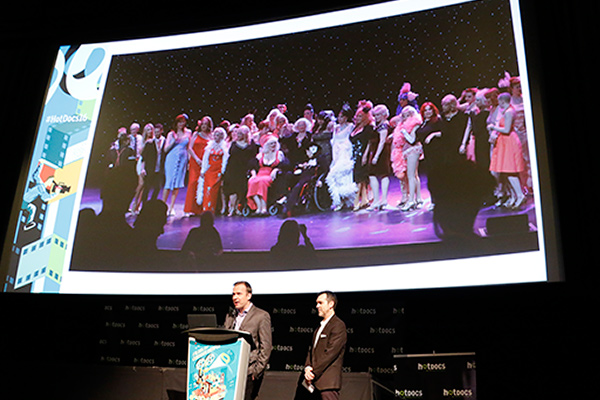 The film sets the stage for a provocative and eye-opening “backstage tour” of the golden age of Burlesque through the colourful lives of unforgettable women who made it glitter. They are our guides, inductees into the Burlesque Hall of Fame, all titans of tease and each possessing a way with words as uninhibited and captivating as her routines. Illuminated by well-known and rare, never-before-seen, archival material and accentuated by a soundtrack
and original music which captures the mood of the era, League of Exotique Dancers peels off the layers of glitter to expose the sexism, racism and widespread stigma faced by Burlesque striptease performers and, indeed, the wider array of working women in that tumultuous era.

It would be impossible to run a documentary festival without participation from the National Film Board (NFB). On the heels of a landmark commitment by the NFB to gender equity in film production, the wealth of talent and diversity in women’s documentary filmmaking at the NFB takes centre stage at Hot Docs, with four premieres of feature documentaries as well as four classic docs. The NFB selection also boasts a newly acquired independent work, for a total of nine films.

Making its world premiere as part of the festival’s Scotiabank Big Ideas Series is The Apology, a feature documentary debut by Toronto-based director Tiffany Hsiung that follows the personal journeys of three survivors of WWII sexual slavery in Japanese-occupied Asia. Won-ok Gil, a survivor and activist, and Mee-hyang Yoon, of the Korean Council for the Women Drafted for Sexual Slavery by Japan, will both take part in a panel discussion following the screening. 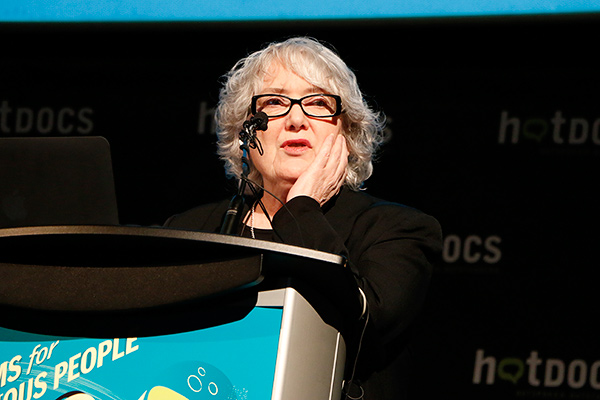 In the Canadian Spectrum, the festival’s official competition for Canadian productions, there will be, in addition to other films, three premieres of NFB feature-length documentaries, including the world premieres of Iqaluit-based filmmaker Alethea Arnaquq-Baril’s Angry Inuk (NFB/Unikkaat Studios/EyeSteelFilm), challenging well-established perceptions that have empowered anti-sealing activism, and Montreal-born, Nairobi-based filmmaker/journalist Anjali Nayar’s Gun Runners, the story of two North Kenyan warriors who’ve traded in their rifles to become professional marathoners. Making its Canadian premiere in Canadian Spectrum is Montrealer Zaynê Akyol’s Gulîstan, Land of Roses (Périphéria/Mîtosfilm/NFB), an up-close look at Kurdish women fighters waging war on ISIS. Non-NFB films in this section include KONELINE: our land beautiful. Directed by Nettie Wild this sensual, cinematic celebration of northwestern British Columbia will have its Toronto Premiere on Friday, April 29. More than just a film about the landscape, the doc looks at all the dreamers who move across it. Some hunt on the land. Some mine it. They all love it. Set deep in the traditional territory of the Tahltan First Nation, KONELĪNE captures beauty and complexity as one of Canada’s vast wildernesses undergoes irrevocable change.

Hot Docs’ Redux program will screen Alanis Obomsawin’s 1984 film Incident at Restigouche, in which this master documentarian delves into the history behind two Quebec Provincial Police raids on the Restigouche Reserve in June 1981. Obomsawin, whose legendary NFB career is about to enter its 50th year, puts justice and government relations with First Nations on trial in this landmark documentary.

Hot Docs’ Focus On program will pay tribute to award-winning producer and director Rosie Dransfeld with a retrospective that includes three NFB films: Beaverman (2002), The Dogwalker (2007), and Who Cares (2012), a powerful cinema vérité look at women caught in a cycle of addiction, violence and prostitution in Edmonton’s sex trade. The NFB is currently co-producing Dransfeld’s next documentary, Memento Mori.

Completing the NFB selection at Hot Docs is Zimbelism, a Studio Shoot/Bunbury Films co-produced documentary about the work of humanist photographer George S. Zimbel, distributed by the NFB. Directed by Jean-Francois Gratton and George’s son, Matt Zimbel, this 90-minute film has its Toronto premiere in Artscapes, a dedicated celebration of the arts, creativity, music and pop culture.

The Canadian International Documentary Festival, better known as Hot Docs, runs from April 28 to May 8 and tickets are on sale now.