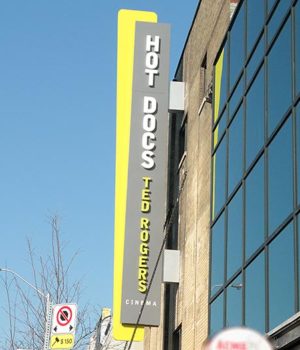 (March 21, 2017 – Toronto, ON) Most of the The Hot Docs team was in attendance this morning when the full lineup for the 2017 festival was announced. For those who are counting, this will be the 24th annual festival and this year’s slate will present 230 titles from 58 countries in 13 screening programs, with work by female filmmakers representing close to 48 per cent of the official selections. Known by some by its full name, the Canadian International Documentary Festival will run from April 27 to May 7, and this year’s final program was gleaned from 2,906 film submissions.

“The Hot Docs programming team has scoured the globe to bring the finest documentaries to Toronto audiences from a Festival high of 58 countries,” said Hot Docs director of programming Shane Smith. “As our world shifts in startling new ways, Hot Docs is committed to showcasing those films that tackle topics of global importance: from environmental issues and human rights, to international conflict. We also seek out masterful documentary storytelling in all its forms, from unheralded stories of unique individuals to quirky subjects that really are stranger than fiction. We’re very excited to share this year’s outstanding program with Toronto audiences.”

The opening night film, Bee Nation (pictured below), will enjoy its world premiere and director Lana Šlezić was on hand to talk about her heartwarming film about students in Saskatchewan who compete in the first province-wide First Nations Spelling Bee. 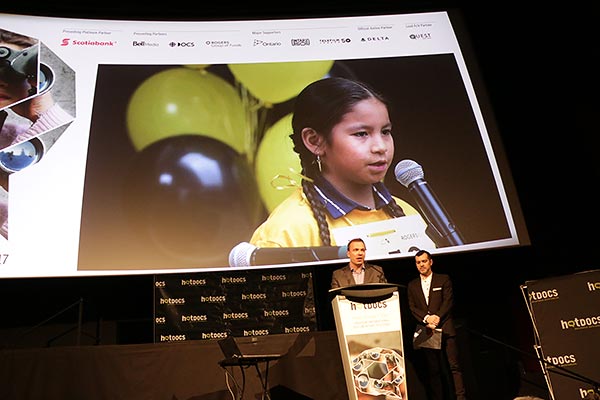 As previously announced, notable films in the Special Presentations program include: Pre-Crime, a real-life science fiction thriller where forecasting software, algorithms and databases quickly become the new fortune-tellers of future crimes; Step, the story of an all-female dance group vying to win their high school championship and achieve a higher education; Hell on Earth: The Fall of Syria and the Rise of Isis, a compelling look at the political and social consequences of the ongoing humanitarian catastrophe; and more. The program will also feature two films by Joe Berlinger: a 25th anniversary screening of Brother’s Keeper (co-directed with Bruce Sinofsky), after which he will participate in an onstage discussion hosted by Atom Egoyan, and the international premiere of Intent to Destroy, about the Armenian Genocide.

In the competitive Canadian Spectrum program, notable films include: A Better Man, about a woman who works through her past as a victim of domestic violence with her abuser; Mermaids, a colourful tribute to the eternal allure of mermaids, and the subculture that has evolved from it; My Enemy, My Brother, which tells the story of two former enemies from the Iran-Iraq War who meet in Vancouver 25 years later; and The Road Forward, a genre-bending musical documentary that gives a voice to Canada’s top Indigenous artists.

In the competitive International Spectrum program, notable films include: 69 Minutes Of 86 Days, where a brave 3-year-old Syrian refugee makes the journey through Europe with her family to find comfort and a fresh start in a new home; My Life Without Air, which looks at a world-champion free-diver and sleep apnea sufferer as he tests his limits; The Silent Teacher, which follows the decision of a man who breaks Taiwanese customs by donating his deceased wife’s body for medical research; A Memory in Khaki, which offers a poetic visualization of the Syrian crisis that weaves together the dreams, memories and terrors of five people forced into exile; and more.

In the World Showcase program, notable films include: For Ahkeem, where a Black teenager in north St. Louis discovers she’s pregnant just as the tragedy in Ferguson erupts; The Genius and the Opera Singer, which examines the relationship between a mother and daughter who’ve shared a claustrophobic New York apartment for over half a century; Forbidden Games, which tells the story of 1980s star athlete Justin Fashanu, England’s first openly gay football player; This Cold Life, where threats of impending economic collapse and climate change don’t dampen the spirits of the residents of the world’s northernmost town; Out of Thin Air, a jaw-dropping exploration of a notorious Icelandic murder mystery that gripped the tiny nation for 40 years; Weaving, which reveals the dysfunctional dynamics between the adult children of two Chinese couples who have been forced to relocate; and more.

The Made In Japan program includes: About My Liberty, where millennials stage protests against their president’s efforts to erase 70 years of pacifism; Raise Your Arms and Twist, Documentary of NMB48, which offers a backstage pass to Japan’s pop idol craze with the story of Osaka’s supergroup NMB48; Ramen Heads, which invites audiences into the kitchen of Japan’s reigning king of ramen; A Room of Her Own: Rei Naito and Light, where a cast of women share stories of fear and fragility that reflect the work of a mysterious Japanese artist; Ryuichi Hirokawa: Human Battlefield, where a newly retired photojournalist revisits the sites and stories that defined his career and character; and Ukiyo-e Heroes, which tells the story of a Canadian craftsman and an American illustrator who reinvigorate the ancient art of Japanese woodblock prints, with a pop culture twist.

The Artscapes program includes: 32 Pills: My Sister’s Suicide, where the director searches for answers to her sister’s tragic decision amongst her belongings; More Art Upstairs, which looks at the world’s richest art competition in Grand Rapids, Michigan; White Walls Say Nothing, which explores how muralists in Buenos Aires have turned blank walls into chronicles of their turbulent history and political resistance; Flames, in which two New York City artists revel in the rapturing heat of first love, until a spontaneous trip causes them to question whether their love is real; and more.

The Nightvision program includes: Spookers, a look at the life-affirming power of fear at a former New Zealand psychiatric hospital that’s now the country’s largest scare park; Susanne Bartsch: On Top, a look at the fabulous and fashionable New York nightlife icon, event promoter and Love Ball–founder; The Road Movie, where jaw-dropping dash-cam footage captures an unbiased look at Russia through the lens of its traffic; Rat Film, where Baltimore’s systemic class and racial segregation intersects with an unusual examination of its dense rodent population; 78/52, which dissects the infamous shower scene in Hitchcock’s Psycho; and more.

The Democrazy program includes: PACmen, in which Dr. Ben Carson’s (ultimately losing) campaign for the Republican nomination and the Super PAC behind it are revealed; You’re Soaking in It, in which industry leaders share secrets from the world of big data; What Lies Upstream, where smelly tap water in West Virginia leads the filmmaker to corrupt chemical companies and governments; Kim Dotcom: Caught in the Web, which reveals the infamous digital pirate Kim Dotcom in his adopted home in New Zealand; Meuthen’s Party, which captures the rise of ultra nationalist right-wing parties in Germany, again; and more. 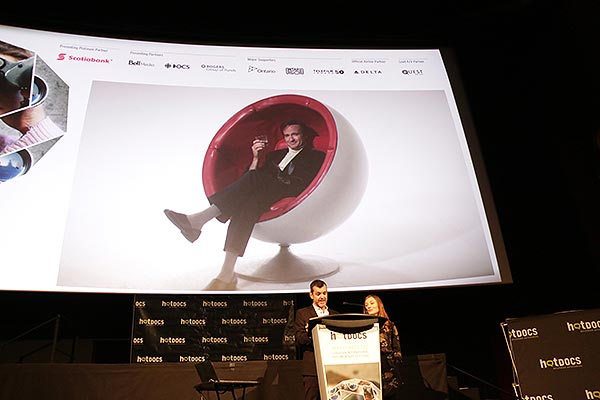 The Singular Sensation(s) program, sponsored by Fossil, includes: Ask the Sexpert, which introduces audiences to an outrageous and extremely popular sex advice column written by a 90-year-old doctor in conservative Mumbai; Becoming Bond (pictured above), which looks at the story of the only man to play the iconic role of James Bond just once; La Chana, which tells the story of a lauded flamenco dancer who returns to the stage after disappearing at the height of her career; House of Z, which showcases the life of wunderkind fashion designer Zac Posen; New Chefs on the Block, a look at two young chefs in Washington, D.C., as they tackle the opening of their first restaurants; and more.

Other programs include The Magnificent Obsessions; Redux, which is sponsored by Bell Media, and this year features work by female Canadian filmmakers; Focus On Maya Gallus, a mid-career retrospective of the Canadian filmmaker’s work; and the Outstanding Achievement Award Retrospective, honouring the timeless work of British documentary filmmaker Tony Palmer; and the DocX program, which is an interdisciplinary section of the Festival celebrating documentary work that lives outside of the traditional format.

More than just a festival, Hot Docs its also a premier documentary conference and market that will play host to more than 2,500 industry delegates who will partake in a wide array of industry events and services, including conference sessions, receptions and parties, Hot Docs Deal Maker, The Doc Shop and the Hot Docs Forum that runs on May 2 & 3.

The CraveTV Hot Docs Box Office, located at 605 Bloor Street West, is open for ticket, package, and pass sales and ticket redemption. Tickets can be purchased in person, online or by phone at 416-637-5150.

Tempus Fugit, as They Used to Say