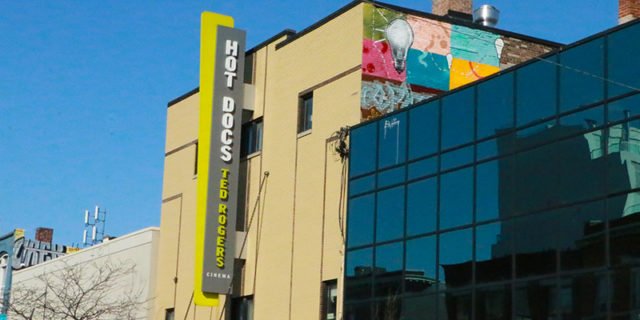 
(January 24, 2019 Toronto, ON) The Hot Docs Board of Directors has announced that three-time Academy Award nominee Julia Reichert is the recipient of its 2019 Outstanding Achievement Award. As part of the honour, Hot Docs will screen a partial retrospective of Reichert’s work during the Festival, which runs this year from April 25 to May 5. Reichert will attend the Festival and participate in a public in conversation event, as well as several Q&A’s after her film screenings.

“Julia Reichert’s exceptional career has spanned almost 50 years, and we’re thrilled to be recognizing her with Hot Docs Outstanding Achievement Award this year” said Shane Smith, director of programming for Hot Docs. “Not only a lauded filmmaker, Julia is a mentor, community builder and an impassioned chronicler of the complex issues facing America today, and we are honoured to amplify the voice of this master storyteller, who has given voice to so many others through her work.”

A prolific documentarian and three-time Academy Award nominee, Julia Reichert has been making films for 50 years. Drawn to stories that explore class, gender and race in America, her first film, Growing Up Female (1971), was the first feature documentary of the modern women’s
movement, and was just selected for the National Film Registry. It was her student project at Antioch College. Her docs Union Maids (1976) and Seeing Red (1984) (both with Jim Klein), were nominated for Academy Awards for Best Feature Documentary, and her 2009 short The

Last Truck: Closing of a GM Plant was nominated for an Oscar for Best Short Documentary. Seeing Red went on to screen theatrically in over 100 cinemas across the US, and The Last Truck premiered on HBO and screened at the Telluride Film Festival.

Reichert’s four-hour milestone documentary A Lion in the House (2006), made with director Steven Bognar, screened nationally on PBS and won the Primetime Emmy for Exceptional Merit in Nonfiction Filmmaking. Reichert was a Professor of Motion Pictures at Wright State University for 28 years, and she’s served on the boards of the Ohio Humanities Council, the Independent Feature Project and the Association of Independents in Video & Film. She is a member of both the Academy of Motion Picture Arts & Sciences and the Television Academy, and is a co-founder of New Day Films, an independent film distribution co-op. In 2018, the International Documentary Association (IDA) gave Julia their Career Achievement Award, and the Museum of Modern Art and the Wexner Center for the Arts will team up to present a traveling retrospective of Julia’s films this year. Reichert is also the author of Doing It Yourself, the first book on self-distribution in independent film.

Films in the 2019 Outstanding Achievement Award Retrospective program will be announced in March.

The Hot Docs Outstanding Achievement Award is presented annually by the Hot Docs Board of Directors in recognition of a filmmaker’s enduring contribution to the documentary form.

Cineplex: The Little Company That Could