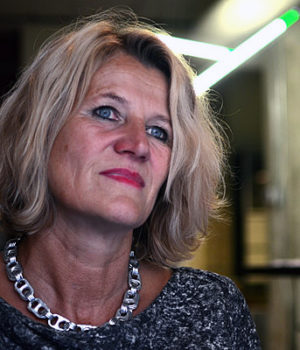 (January 19, 2016 – Toronto, ON) Hot Docs, known around the world as North America’s largest documentary film festival, has announced a special tribute to Gemini Award-winning producer and director Rosie Dransfeld. The tribute comes by way of a special Focus On retrospective of some of her films during this year’s festival which runs from April 28 to May 8.

“Sometimes it takes an outsider to show us our own blind spots as a society, and to give a voice to those too often ignored,” said Hot Docs director of programming Shane Smith. “Rosie Dransfeld’s deeply humane films shine a light on the forgotten and the marginalized, her verité filmmaking sensitively revealing their resilience and resolve. We’re excited to be highlighting her rich body of work at Hot Docs this year.”

Rosie Dransfeld is an internationally renowned producer and director of feature documentaries. Her films are powerful encounters of the human condition and invite audiences to take another look at reality, balancing on a thin line between laughter and tears. In 2010, her documentary Broke won the prestigious Donald Brittain Award for Best Social/Political Documentary. Hot Docs programmer Lynn Fernie called Dransfeld a “master of vérité cinema” for her film Who Cares?, about the gritty and dangerous world of sex trade workers, which had its world premiere at the 2012 Hot Docs Festival. She won the Edmonton Film Prize for Anti-Social Limited (2014), a powerful portrait of a self-proclaimed psychopath. Dransfeld also directed and produced The Ward (2014), a CBC documentary about life on dialysis. She is currently producing two high profile documentaries as part of The Transplant Project for CBC’s The Nature of Things and the documentary Channel. Through ID: Productions, Dransfeld has worked with a wide range of broadcasters, such as CBC, TVO, Knowledge, CTV, OMNI, ARD, ZDF and Arte. Dransfeld’s career has been a whirlwind and she is excited to look back and celebrate 15 years of boundary pushing cinema.

Industry registration for this year’s festival will begin online on January 26. Click here for more about Hot Docs.