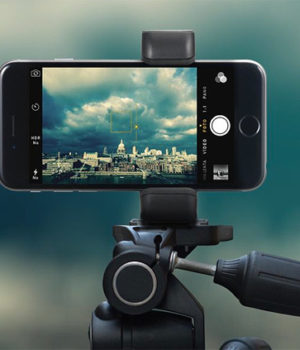 (April 28, 2015) North America’s largest documentary festival, the Hot Docs Canadian International Documentary Festival gets underway today and it’s gala opening night screening will fill the big screen with The League of Exotique Dancers. But there’s another movement afoot. Yesterday Hot Docs announced the launch of #OnlyAtHotDocs at this year’s Festival. A series of ‘micro docs’ shot on iPhone by Hot Docs alumnae filmmakers. In the lead up to and during this year’s Festival, these 45-second gems celebrate the unique spirit of Hot Docs, its audiences and filmmakers, while exploring the bounds of the short doc format with state-of the art mobile technology.

Talented alumni who created micro docs shot on iPhones for Hot Docs 2016 include Charles Officer (Might Jerome, Hot Docs 2011), Sarah Goodman (Army of One, Hot Docs 2004), Tiffany Hsiung (The Apology, Hot Docs 2016), Doc Accelerator participant Jake Chirico, and recent CrossCurrents Doc Fund recipient Elle-Máijá Tailfeathers. During the lead-up and durations of the Festival, these filmmakers will capture the stories that happen behind-the-scenes and create shorts that will play as part of the pre-show reel at Festival screenings. Click here for more detail about these micro-docs.

#OnlyAtHotDocs micro docs will screen in rotation during preshow presentations at all Hot Docs Festival screenings, April 28-May 8, and will be streamed online on the Hot Docs website.