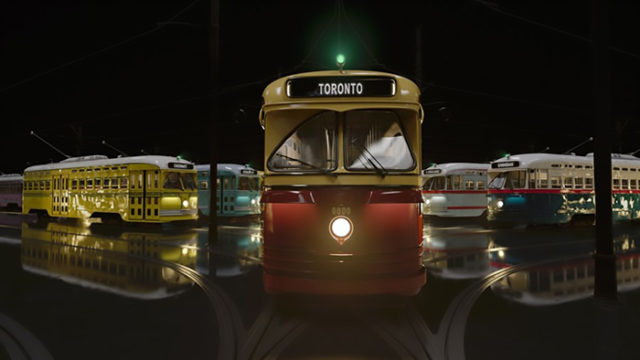 It’s the last two days of Hot Docs and once again we look at the Canadian films on today’s schedule. The festival’s first films screened at 10:00am, the first Canadian film runs at noon.

Titled First Stripes, this doc runs 106 minutes and covers the 12-week intensive training military recruits are subjected to—willingly sign-up for—at a training camp for the Canadian Armed Forces. Directed by Jean-François Caissy, it’s a look inside boot camp where there is no rest and very little, although some, humour. Caissy was born in Carleton-sur-Mer in Québec in 1977. This particular doc isn’t a stand-alone work yet stands alone within the larger work Caissy is creating. Completely finished it is, in a way, a work in progress in that it is the third part of a five-documentary series that’s meant to be a free-flowing meditation on the stages of life.

Caissy’s first in the series, La Belle Visite, was a film about ageing, shot in a seniors’ home that went on to screen at the sixtieth Berlinale. It was followed by La Marche à Suivre in 2014, a film about teens that was shot at a rural high school. Now, in First Stripes, he explores why young people would voluntarily want to abandon civilian life with all its freedoms and embrace military life with its strict code of obedience. The young people in First Stripes give varying reasons for their choice of profession, but one stands out: the search for a challenge. You do not have to have seen the first two to appreciate this one.

This is the last screening of First Stripes at noon today at the Scotiabank 7.


There are two Canadian films at 12:45. One is titled Harvest Moon the other is The Game Changers. The Game Changers is about food, strength and myth. Directed by Louie Psihoyos and executive produced by James Cameron, The Game Changers tells the story of James Wilks — elite special forces trainer and winner of The Ultimate Fighter — as he travels the world on a quest for the truth behind the world’s most dangerous myth: that meat is necessary for protein, strength and optimal health. Meeting elite athletes, special ops soldiers, visionary scientists, cultural icons, and everyday heroes, what Wilks discovers permanently changes his relationship with food and his definition of true strength. The Game Changers screens at the Hot Docs Cinema.

Harvest Moon is directed by Zaheed Mawani who received his Bachelor of Arts degree in Political Science from Middlebury College in the United States, then worked in public policy research in Washington, DC and then moved to Toronto to seek a career in documentary film. He completed an MFA in film production at York University, and his documentary, Harvest Moon, was selected at Cinéma du Réel IDFF. Writing for Hot Docs, in part, here is what Aisha Jamal had to say, “Tucked away in the valleys of the former Soviet Republic of Kyrgyzstan are vast swaths of forest, home to some of the world’s oldest walnut trees. Local legend has it that these woods are holy places, full of mystics, monks and incredible creatures. But over time, the plants, fruits and creatures have disappeared and today the forest is full of demons and ghosts. The patriarch of the family still believes in the magic of the forest and skilfully weaves fictional and documentary elements together in thoughtfully executed vignettes of daily life. The film’s formalist structure creates a cinematic poem that invites us to witness a slowly disappearing way of life.” Harvest Moon screens today at 12:45 at the Scotiabank 13. The 70-minute feature screens with the Canadian short At Home with the Horses.

There are two documentaries in the Focus on John Walker tribute. The first, The Fairy Faith screens at 1:15, the second, Men of the Deeps at 3:00, both at the TIFF Bell Lightbox. The Fairy Faith was originally released in 2000 and runs 77 minutes. Walker takes viewers on a personal journey into a world of myth and imagination that he learned from his grandmother. He travels from the Moors of Devon and the Highlands of 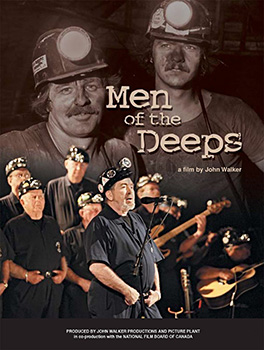 Scotland to the brooding Celtic landscapes of Ireland and the intimate hills of Cape Breton, in his search of this potent “otherworld” of the imagination.

Men of the Deeps was released in 2003 and takes its name from the singing group made up of men who used to be coal miners in Cape Briton. It’s a moving portrait of a group of men who come together because of their love of song. Through testimonials from both miners and their wives, evocative scenes underground and the hauntingly beautiful voices of the choir, the film explores the last days of coal mining in Cape Breton. It features sixteen outstanding songs, which exemplify an oral tradition of almost 300 years, and captures the grace and dignity of a group of men whose livelihood has been lost but their voices inspire and uplift.

Also at 3:00PM it’s the sole screening of the IMAX feature The Trolley. We had previously covered the film in detail and you can read about it here. It’s only screening is at the Ontario Place Cinesphere in all its full IMAX glory.


The third Canadian film to screen at 3:00pm is My Mother’s Letters. Directed by Serge Giguère, this 86-minute doc is in French but is subtitled. Co-presented with CinéFranco, Aisha Jamal of Hot Docs wrote this about the film: “In this very personal and poetic film, veteran documentarian Serge Giguère pores through 100 letters written by his late mother to him and his 15 siblings. In them, she details the trials and tribulations of raising 16 children in rural Quebec, while helping to run a family carpentry business. Through inventive and playful techniques, Giguère brings the stories alive, applying creative approaches to family photographs, archival footage and staged reenactments. He mixes his mother’s stories with his own memories and those of his siblings, some of whom hear for the first time what their mother had to say about them. Through these intertwining stories, the film presents not only a testament of a mother’s complicated love for her many children, but also offers an intimate look at 1950s working class Quebec. My Mother’s Letters is at the Scotiabank 7.

Finally for today it’s the all-Canadian shorts program is titled Below The Surface. Four shorts contribute to this selection that looks a little deeper than normal into the lives lived in unique ways. One of the more intriguing titles is Jackie Torrens’ 17-minute film Bernie Langille Wants to Know Who Killed Bernie Langille. There’s a 21-minute short titled Carousel, another, the longest at 23 minutes, titled The Head & The Hand, and the last is Turning Tables, which runs 16 minutes. All together it’s a 77 minute program and as we have said before, the nice thing about shorts is if you’re watching something you don’t like, wait a few minutes because something else will be right along. This program runs today at 6:00pm at the Innis Town Hall.

Tomorrow is the last day for the 25th anniversary edition of Hot Docs. There’s lots to see. Click here for more information. 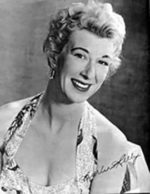 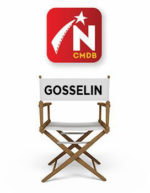 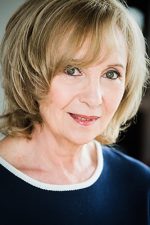 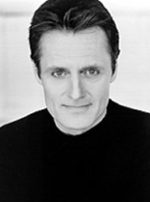 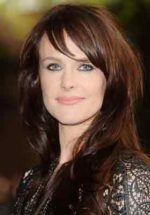 October 5, 2006
All Birthdays in October