(May 6, 2018 – Toronto, ON) There is less than a handful of Canadian films on today’s schedule as the 25th anniversary Hot Docs Canadian International Documentary Film Festival winds down. There’s a full slate of docs you should try to see including these Canadian films.

The first on the schedule is Sol. It’s part of the festival’s Redux program. A selection of documentaries that have screened in previous years brought back because they’re some of the best Canadian docs and deserve another outing.

Sol is a 2014 documentary film by Marie-Hélène Cousineau and Susan Avingaq about Solomon Uyarasuk , a musician/circus performer who died in police custody in Igloolik, Nunavut. It was a suspicious death because the RCMP claimed the man had hanged himself in his cell. As the documentary investigates the truth behind this incident, it also sheds light on the underlying social issues of our North including the wider issue of Nunavut’s very high suicide rate. Sol is followed by the short Inuit High Kick today at 12:15 at the TIFF Bell Lightbox. 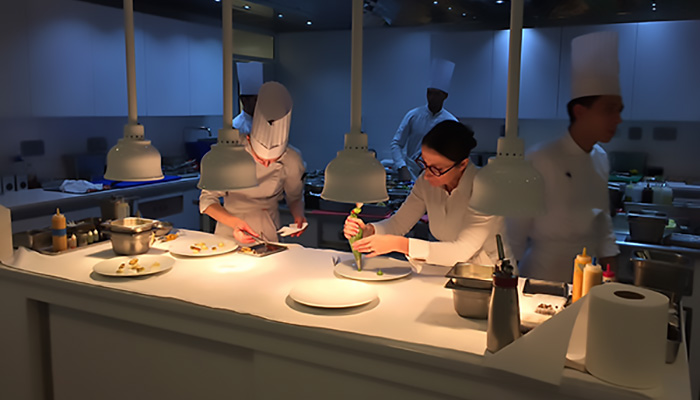 Also at 3:30 it’s the film that launched this year’s festival back on April 26, The Heat: A Kitchen (R)Evolution. This 75-minute film is the latest from Hot Docs veteran Maya Gallus, a highly talented filmmaker with a string of successes. She won a Gemini Award for Best Direction in a Documentary for her 2007 feature-length film, Girl Inside. It premiered at Hot Docs, launched the 2007 season of The View From Here on TVO and played at festivals worldwide. Her provocative feature-length documentary Erotica: A Journey Into Female Sexuality, premiered at the Toronto International Film Festival and was nominated for a Genie for Best Feature-Length Documentary and for Best Arts Documentary at Hot Docs. The film screened theatrically in Toronto, San Francisco, San Sebastian and Tokyo and was broadcast in Canada, the U.S. and internationally. Her 1991 film, Elizabeth Smart: On The Side of the Angels, which she co-produced, directed and wrote, premiered at the Montreal World Film Festival, and screened at the Toronto International Film Festival. The 60 minute dramatic retelling of the life of the real Elizabeth Smart starred Jackie Burroughs.

The Heat: A Kitchen (R)Evolution focuses on the changing makeup of restaurant kitchens. Once, almost exclusively the territory of the brutal and bullying male chef, The Heat: A Kitchen (R)Evolution takes viewers behind-the-scenes to meet a few of the pioneers who have broke through the glass ceiling, including Anne Sophie Pic of Maison Pic in Valence, France – the only three-Michelin starred female chef in France and one of only a handful in the world, she has been dubbed “the “Queen of French Cuisine”; Angela Hartnett of Murano in London – a beloved UK star and two-Michelin starred chef who survived Gordon Ramsay’s kitchens to become his first female protége; Iron Chef and Top Chef Master Anita Lo, – she led the first all female team to beat an Iron Chef in the U.S. and closes her beloved Greenwich Village restaurant Annisa, after 17 years.

The film also introduces us to the new generation, including award-winning chef and media darling Amanda Cohen of the trendy vegetarian restaurant, Dirt Candy in New York’s Lower East Side; rising star Victoria Blamey, who received critical accolades for her culinary skills at the famed Greenwich Village Chumley’s in New York; Toronto favourite Suzanne Barr of Saturday Dinette, The Gladstone and Kid Chocolate, who is diversifying kitchens one restaurant at a time; renegade Toronto chef Charlotte Langley, who has done away with traditional brick and mortar to host elaborate dinners off the grid, as well as Toronto writer/former line cook Ivy Knight on why she left the industry.

The second and final screening of The Heat: A Kitchen (R)Evolution takes place at the Elizabeth Bader Theatre on the University of Toronto Campus at 3:30 this afternoon.

There will be one more Canadian film screened tonight at 7 at the Hot Docs Cinema. It will be the film that wins the Rogers Audience Award for Best Canadian Documentary. As of this writing the winning film had not been announced.