Hume Cronyn should have had a very different life. He was born into one of the very best families in London, Ontario. His family tree contained some of Canada`s earliest settlers as well as politicians and the founders of Labatt Breweries. It was believed he would have a career in business, and he was studying law at McGill University in Montreal when, as luck would have it, he became interested in acting. He returned home and announced to his family that he wanted to be an actor. His brother, 18 years his senior, asked: “How many years do you think you can afford to waste?” Hurt and angry, Cronyn went for a walk to cool off. When he returned, his mother had a proposal – spend another year at McGill, and then if he still wished to go into the theatre, she would make sure that he went to either the Royal Academy of Dramatic Arts in London, England, or the American Academy in New York.

A year later, he started at the American Academy and made his professional debut at the National Theater in Washington, D.C., in Up Pops the Devil in the spring of 1931, when he was not quite 20-years-old. He went on to become a valued member of director George Abbott`s personal stock company a few years later and made his first appearance on Broadway as a janitor and understudy to Burgess Meredith in the role of Jim Hipper in Hipper`s Holiday in 1934. Once on Broadway he stayed to apear in plays like Boy Meets Girl, Three Men on a Horse, High Tor and Room Service, a play that 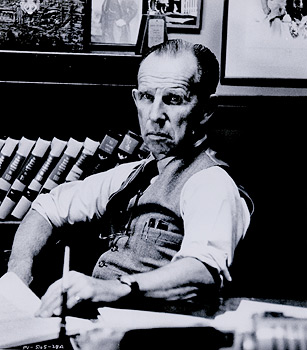 was optioned by Columbia Pictures. He refused to be screen tested for the role he had created on Broadway, and therefore did not appear in the film version. He would go on to spend another 10 years on stage until Alfred Hitchcock would cast him in the movie Shadow of a Doubt (1943). His performance was a comic masterpiece, and it was the beginning of a brief association between the two men. Cronyn would later adapt the screenplays for Hitchcock`s Rope (1948) and Under Capricorn (1949). Once seen on the big screen, other offers soon followed. In fact, he made two other movies in his debut year, with both The Cross of Loraine and The Phantom of the Opera also being released in 1943. One year later he appear in The Seventh Cross. His work in that film, opposite Spencer Tracy, brought an Academy Award nomination for Best Supporting Actor.

In 1948, Cronyn returned almost exclusively to stage work. Unfortunately, his first play lasted only eight performances, but in 1949 he played Polonius in Hamlet for a touring company and was given a richly deserved Tony Award for that performance. While not strictly a stage actor during the 1950s, he made very few film and television appearances during the decade.

With the dawn of the 1960s, Cronyn seemed solidly entrenched in theatre. For example in 1963 he was at the Tyrone Guthrie Theater in Minneapolis playing such roles as Harpagon in Moliére`s The Miser and Willie Loman in Death of a Salesman. In 1965, he would perform in Richard III and in The Cherry Orchard, also at the Guthrie Theater. In 1969, Hume was part of the cast at the Stratford Festival. In 1976 he would return to the Stratford for roles in The Merchant of Venice and A Midsummer Night`s Dream. He also returned to his home town of London, Ontario, to perform The Many Faces of Love.

In 1978, Cronyn would co-produce the Gin Game, which won a Pulitzer Prize. The play went on to tour the USA. In 1981, he would play Hector Nations in Foxfire again at the Stratford Festival. He would also play this role at the Ethel Barrymore Theater in New York from November to May 1982.

Between plays and tours came the occasional movie or television production. For example, he spent months in Italy playing Sosignes in Cleopatra, starring Richard Burton and Elizabeth Taylor, but, unfortunately, most of his performance ended up on 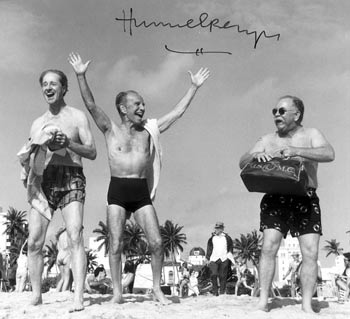 Hume Cronyn was married to Jessica Tandy from 1942 until her death in 1994. Virtually inseparable in life, they often worked together on stage and on screen. Just one fun outing for the both of them had to have been 1987`s Batteries Not Included (1987). But to fully understand their special relationship you have to see the 1994 Canadian film Camilla, released the year Tandy died. Such an event, coming so late in life, is often the trigger to call it quits. But at an age when most people have long retired, Hume pushed on. In the 1998 remake for television of Twelve Angry Men, Cronyn was as strong and as commanding as he had always been. And perhaps, because of his age, even more so. He was, after all, 87-years-old, but still seemed at the height of his power.

It is impossible to consider what sort of an impact Hume Cronyn may have had in the world of business. What is certain is that the world of theatre, television and film has been greatly enriched by a life devoted to an excellence rarely practiced in these days when instant fame and fortune seem more important than the work itself. But then, Hume Cronyn has been warmly rewarded by the applause of the people who have been lucky enough to see him and the love of the people who were lucky enough to have worked with him.

All of the images used in this biography were scanned from originals in The Northernstars Collection. This biography is Copyright © 2009 by Northernstars.ca and may not be reproduced without prior written permission. For more information about copyright, click here.