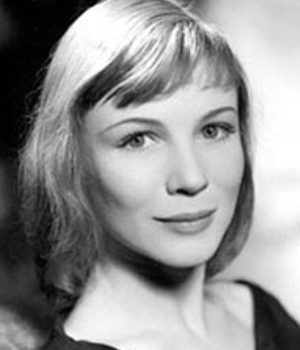 Frances Hyland was born in Saskatchewan two years before the great stock market crash of 1929 and grew up in the dust bowl era of the so-called Dirty Thirties. While these times forced many to leave their homes and many more to leave school at an early age, she stayed in school, graduated, and went on to study at the University of Saskatchewan. Having exhibited quite a bit of talent, she received a scholarship sponsored by the Order of the Daughters of the Empire, the Regina Little Theatre and the Princess Patricia Club to study acting at the Royal Academy of Dramatic Art in England. She graduated with a silver medal and made her professional debut in London in A Streetcar Named Desire.

In 1954 she was invited to join the Stratford Shakespeare Festival, and audiences were enthralled with her performance as Isabella opposite James Mason in Measure for Measure. While she spent most of her life on stage in Canada, Hyland also had plenty of opportunity in England and New York. And when the stage wasn’t her home, she moved easily to film and television, having already been active in radio drama. However, after 1954 she would spend so much time in Canada, one critic was compelled to write, “this hardworking actor who could have been a star of the London and New York stage… opted instead for the guaranteed insecurity of a life in Canadian theatre.”

In addition to her work at Stratford, where she had appeared for more than 40 years, she also performed at the Manitoba Theatre Centre, Citadel Theatre, Theatre Calgary, Globe Theatre, Theatre Plus, Shaw Festival and Vancouver Playhouse, where she created the title role in George Ryga’s The Ecstasy of Rita Joe. In 1992 Hyland performed in the Canadian premiere of Escape from Happiness by George F. Walker, in a production directed by the play`s author. Hyland also directed, notably the Canadian premiere of Beverley Simons’ Crabdance in 1972. In 1979 she directed the Stratford production of Othello.

Frances Hyland died in hospital in Toronto in July 2004 due to complications arising after appendix surgery.