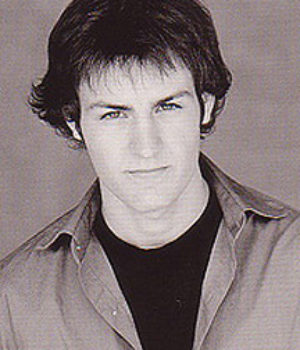 Tyler Hynes began his professional acting career as an Equity member at age 8 years old when he appeared as Tiny Tim in the theater version of A Christmas Carol. These days he`s usually first to admit he is most fortunate to be doing something he loves so much. And, it seems, the industry likes him too. For example, he won Best Supporting Actor in a TV Movie Comedy at the Hollywood Young Artist Awards in 2001 for his role in the Disney made-for-televisionm movie The Other Me. In 2000 Hynes won the Young Star Internet Award for his lead role in the series Peter Benchley’s Amazon. But his track record began even before that. In 1999 he was named by Playback magazine as “One to Watch” following his reoccurring role on Lassie as well as landing guest leads on Are You Afraid of the Dark?, Soldier of Fortune and the lead role in the feature film Home Team. The year before that, 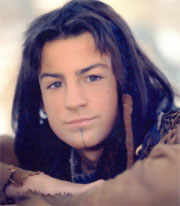 he received a Special Achievement Award from the Toronto Artist Association for his supporting role in the feature film Little Men, and the title role at 10 years old in the Canadian touring company of the musical Tommy.

Hynes was nominated as Best Actor in a TV Drama at the 2002 Hollywood Young Artist Awards for his action role of Atreyu (pictured at right) in the television series Tales from the Neverending Story. Also in 2002, he accepted a Spirit of the Capital Award for his wide range of acting, and a Positive Impact Award following his title in Tagged: The Jonathan Wamback Story. His work in the made-for-television movie also brought him a nomination in the prestigious category of Best Performance in a Leading Dramatic Role at the Gemini Awards (one of the youngest ever nominated for this category), as well as being one of the finalists in the Gemini’s Viewers Choice Award. In 2003, Tyler was again nominated for Best Actor at the Hollywood Young Artist Awards.

In 2004, Hynes completed shooting the feature film The Last Sign starring Tim Roth and Andie McDowell, as well as a Showtime movie-of-the-week opposite Kirsty Alley, titled While I Was Gone. Life remained relatively hectic with his recurring role in the teen-tennis series, 15 Love, which ran for two seasons ending in 2006. When he does stop to catch his breath, he really doesn’t slow down very much. Originally from Toronto, when he really needs to chill, he shifts to a 60-acre ranch located somewhere between Montréal and Ottawa.

Between acting engagements, he has often stoppd to write songs and perform with his brother, who happns to have his own recording studio. Once an avid skateboarder, Hynes can often be found just hanging out with his friends no matter if he he`s in L.A. or back home in Canada.

Despite the success and recognition, Tyler Hynes has so far remained a regular guy who just happens to have a professional focus as an actor.