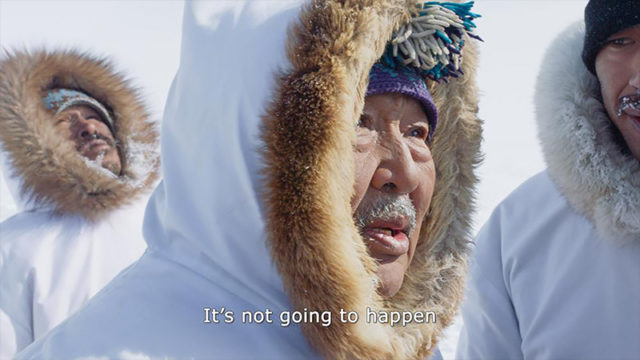 (October 22, 2019 – Toronto, ON) When the 20th annual imagineNATIVE Film + Media Arts Festival gets underway tomorrow, it will launch with a very special film in a program of very special films. In case you didn’t know, imagineNATIVE is the world’s largest presenter of Indigenous screen content and that content isn’t restricted just to Canada’s Indigenous peoples. Films from the United States, New Zealand, Australia, Columbia, Peru, Russia and elsewhere will screen during the festival. But the opening night gala film is special. 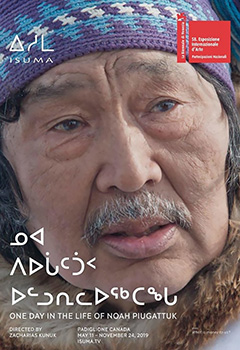 Set in 1961, John F. Kennedy is President of the United States, the Cold War is heating up and nuclear bombers are in the air as air raid sirens are installed in neighbourhoods and people talk about building bomb shelters in their basements or backyards. In Kapuivik, north Baffin Island, Noah Piugattuk’s nomadic Inuit band live and hunt by dog team as his ancestors did when he was born in 1900. When a white man known as Boss arrives at Piugattuk’s hunting camp, what appears as a chance meeting soon opens up the prospect of momentous change. Boss is an agent of the government, assigned to get Piugattuk to give up his nomadic way of life and move his band into settlement housing, and send his children to school so they can grow up to get jobs and make money.

One Day in the Life of Noah Piugattuk is a story well told about a moment in history that incapsulates almost the entire story of interaction between the world’s Indigenous peoples and the arrival of an invading population.   It is the perfect choice to open the 20th edition of this always important festival of film and media arts.

Click here to learn more and watch a trailer for One Day in the Life of Noah Piugattuk.
Click here for a link to the imagineNATIVE Film + Media Arts Festival and other October 2019 film festivals.

CBC’s Save Me Online