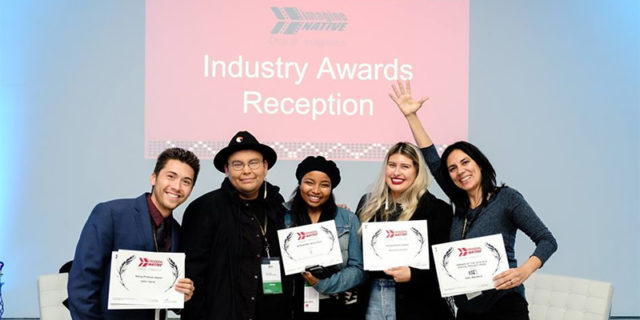 imagineNATIVE Wraps with Awards
by Staff

imagineNATIVE had previously presented awards at the Industry Award Reception on Thursday, October 18 and the Bullseye Music Contest at The Beat on Saturday, October 20.

Following is the complete list of winners at the 2018 imagineNATIVE Film + Media Arts Festival:

The Rising Director Mentorship Award
Alexandra Lazarowich
Created in partnership with Laura J. Milliken of Big Soul Productions and with the support of the CMPA