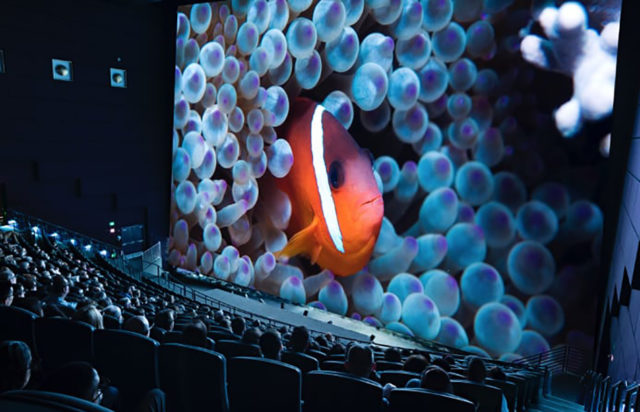 (August 28, 2017 – Toronto, ON) As the celebration for Canada’s 150-birthday winds down, it occurs to me that this country’s greatest contribution to the world of cinema has been overlooked and under-reported. Indeed, 2017 represents the 50th anniversary of the spark that led to the creation of the IMAX® projection system, now the worldwide dominate force in giant-screen entertainment. “I think if you look at the incorporation date,” said co-founder Graeme Ferguson in an interview with Take One: Film in Canada celebrating its long overdue Academy Award in 1997 for Scientific and Technical Achievement, “it would be September, 1967.”

That, of course, was the year of Expo 67 and the fair’s most stunning three-chamber installation, Labyrinth, a National Film Board of Canada cinematic tour-de-force created by the technical genius of Roman Kroitor, director/editor Colin Low and a host of other brilliant Film Board filmmakers. According to Kroitor, “What led to the creation of IMAX was the fact there were several big-screen things happening at Expo 67. Labyrinth was just one of them. Graeme Ferguson’s Polar Life in 3D was another. Chris Chapman had A Place to Stand and Francis Thompson did one for CP Rail, which was a six-screen film. What was very clear was that these big-screen images really knocked people out. It wasn’t just Labyrinth that put the bee in my bonnet.”

Today the Imax Corporation boasts of over 1,000 theatres in 66 countries according to its corporate website. It goes on to say, “From the introduction of stadium seating, to developing the highest-resolution camera in the world, to our laser projection technology and our partnerships with the world’s best filmmakers, there is no one like IMAX.”

But it was not always so and after years of struggle to make a go of it, ultimately the Canadian invention had to be sold to a group of American entrepreneurs to achieve its current level of success. In the 1997 Take One interview (which can be read in full on Northernstars), Ferguson outlined the dilemma he and his partners faced. “By the late 1980s, we still had no significant financing. We were still the owners and we all were about turning 60 at that point. We said we’ve got to turn this company over to the new generation of management. We explored in Canada, Japan and the United States. It worked out [in 1994] with Brad [Wechsler] and Rich [Gelfond], along with Douglas Trumbull [the special-effects wizard].

“Within weeks they had gone out and got major debt financing, so for the first time there was money in the bank. We never had money in the bank. They took the company public on the NASDAQ and the Toronto Stock Exchange, all within six or seven months. When people ask me if I made the right decision, I say if I had to make it over again today, I would make the same decision.” (It should be noted that Gelfond remains IMAX’s CEO; meanwhile, Wechsler has been kicked upstairs and is currently chairman of the board.)

However, it was not all-clear sailing for Gelfond and Wechsler. While today Hollywood embraces IMAX, it took a lot of convincing. “It’s ridiculous,” said Stephen Low, the son Colin and an early convert to filming in IMAX (his 1992 Titanica is still one of the top-grossing IMAX films of all time). “Hollywood is so crusty, ingrained and inbred. They hardly ever look out the mud-smeared window of the real world.”

He revealed to me in a 1997 interview that, “I was recently watching a show on six big-shot Hollywood directors. All were asked, ‘What is the future of cinema?’ It was the directors of Spielberg’s generation, including Coppola. Apparently, none of them knew about IMAX. It was astounding. Especially 3D, it’s a fabulous look. You have to be brain dead to sit in an IMAX theatre and not say, ‘Holy cow, this a hell of a lot better.’ 35mm was invented in the 19th century. It’s crap.”

It’s hard to pinpoint exactly when Hollywood producers began to climb onboard the IMAX bandwagon. A breakthrough came with Jean-Jacques Annaud’s Wings of Courage (1995) and the concert feature documentary Rolling Stones at Max (1991). Into the new century filmmakers such as Christopher Nolan embraced the format, and The Dark Knight (2008), the second film in his Batman trilogy, was the first certified worldwide blockbuster shot partially with IMAX cameras, with 28 minutes of footage.

Still, the vast majority of IMAX films made fall into the category of short-to-medium-length documentaries or stand-alone attractions in especially built locations such as the one at the Smithsonian in Washington DC, which drew the ire of a group of dedicated IMAX filmmakers recently when it was announced that the IMAX theatre at the National Museum of Natural History, the largest of three operating in the 19-museum/gallery complex, and one of the largest in the world, would be closing at the end of September to make room for the expansion of the museum’s existing cafeteria space. 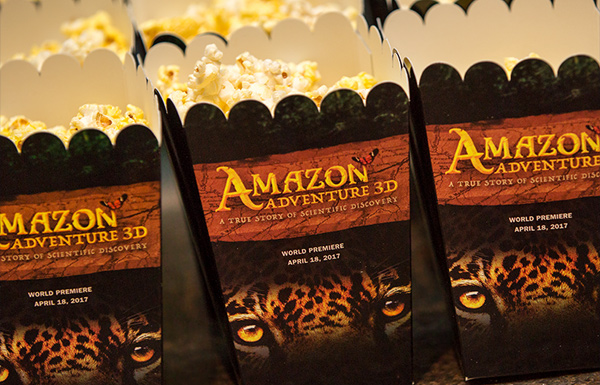 In an August press release to Northernstars, Jonathan Barker of the Toronto-based SK Films and producer of the IMAX films Amazon Adventure 3D and Flight of the Butterflies said, “As filmmakers, we seek to offer experiences that educate and inspire. Particularly at the Museum of Natural History, our films play a powerful role in shaping the next generation of conservationists and environmentalists. Demolishing the IMAX theatre would be the end of a vital educational tool and sends an unfortunate message that we value food courts over educational experiences.”

The management of the Museum of Natural History remains firm, however, in the face of protests and points out that the theatre was only running at 20 percent capacity and in a time of government cutbacks, the enhanced revenue from an expanded cafeteria far outweighs any argument the filmmakers might make, no matter how forceful or sincere.

According to a recent report in the Hollywood Reporter, IMAX has hired Denny Tu, formerly the creative head at Britain’s SkyTV, to assist in its worldwide marketing efforts. It seems IMAX viewership is down across the board. According to the Reporter, “The giant-screen exhibitor is now eyeing annual cost savings by trimming around 14 percent of its global workforce, including in China, amid global per-screen attendance declines. This could signal that IMAX is jumping off the 3D bandwagon as it looks to play more digital 2D 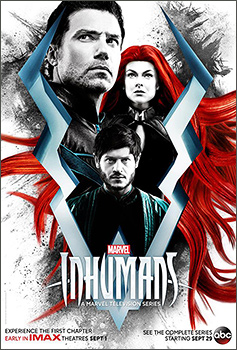 versions of Hollywood movies domestically, given a ‘clear preference’ from consumers for 2D in North America.”

In another item of related news, Marvel Television and IMAX has announced the broadcast of the live-action television series Marvel’s Inhumans, based on the Stan Lee/Jack Kirby creation and starring West Vancouver’s Serinda Swan. The series, co-produced with ABC Studios, has IMAX as an equity partner, a first for the company, and is filmed entirely with IMAX digital cameras. In an unusual marketing move, the first two episodes will debut on IMAX screens in theatres worldwide in September, with the series launching weekly on the ABC Network in the U.S. and CTV in Canada later in the fall.

To end on a personal note, let’s get back to the silver anniversary of IMAX. In 2010, Ralph Lucas, Northernstars’ publisher, and I approached the Imax Corporation about doing a coffee table book to celebrate its 50 years. We were given a memorable tour of the Mississauga plant where they were churning out 3D projectors at a steady rate, but when the tour ended and we made our pitch, the reception was tepid at best. Curious – since the project seemed eminently worthwhile and doable, with a collection of stunning images, the history of the company along with a complete listing of all the IMAX films made to date, and perhaps even an introduction by Christopher Nolan (why not?) – I pressed for an explanation.

We were told that some time earlier the American owners had been approached with a similar idea, a book on the company and its history, which they initially approved. However, when it became evident that a large amount of the text was to be devoted to the Canadian inventors, the company shut the project down. I’m not sure there’s anything profound to be made of this incident, but it certainly was a missed opportunity and, on a personal level, amusing and curiously revealing about Canadian-U.S. relations.

Wyndham Wise is Editor of Take One’s Essential Guide to Canadian Film and former editor-in-chief of Take One: Film in Canada. He is an occasional contributor to Northernstars.ca.