Home News Immersed in the Process, a Conversation with Sarah Shamash 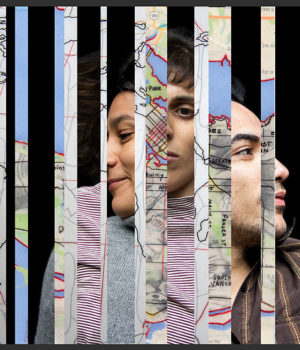 Immersed in the Process,
a Conversation with Sarah Shamash
by Roberta McDonald

(August 25, 2016 – Vancouver, BC) It seemed fitting to meet with media artist Sarah Shamash on the grassy slope of Jonathan Rogers Park with its unfettered view of the mountains and the Vancouver skyline. Even though it’s in middle of the frenetic city, there’s a sense of calm here.

The conversation flows and meanders. We discuss the arts in Vancouver, state funded education, the Idle No More movement. Her voice rises with joy and exuberance and at times, it seems she’s having difficulty keeping up with her ideas. Yet she’s physically relaxed, her gold sandals kicked off in the baked grass as she sips on a soya latte.

Her bio verges on intimidating, with two Master’s degrees earned in France, multiple grant awards and artist residencies, a teaching stint at the Native Education College, and online video art installations that are expansive and exhilarating. She is currently a PHD Candidate at UBC, exploring Indigenous issues through film and teaching part-time at the Vancouver Film School.

“I’ve always been really passionate about film and been a cinephile the whole time, especially about Latin American film,” she said.

As a programmer for the 2016 Vancouver Latin American Film Festival (VLAFF), she has selected films by Brazilian Indigenous filmmakers from the Video in the Villages project, an NGO devoted to providing a platform for Indigenous makers to tell their stories on their own terms.

“They work on education, production, distribution and training for Indigenous filmmakers,” she explained.
“Maybe one of the differences you see when it’s made by an Indigenous filmmaker is there’s not that sense of otherness that comes with a non-Indigenous person who is saying ‘wow, look how different’. Look at the 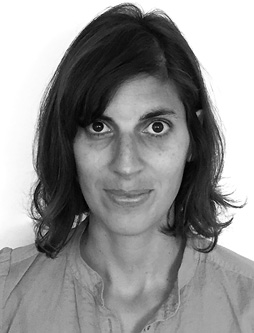 difference. Whereas they (First Nations) are saying yes, we all love and we all cry, we’re all human. We experience the same emotions. That shift in perspective is so simple and obvious.”

As part of her PHD work, she’s travelling to Brazil in September for three months and will meet with the Video in the Villages team while there.

Although she was born in Vancouver, she has traveled and studied extensively, and didn’t put roots down here until 2010. Ever alert to the evolution of the arts in the city, she notes there is an uptick in attention being paid to Indigenous creators.

“Even in Vancouver, not just in filmmaking, but in visual arts and so on, I feel like there’s so many. I don’t know if renaissance is the right word. I feel like right now there’s so many more artists and filmmakers getting a little more light shed on them. They’re coming into their own. Even asserting that, saying we need to tell these stories.”

She adds female artists are striving to tell stories in their own way, and it’s leading to more authentic works that don’t exploit or make a spectacle of their unique experience.

In addition to being on the jury for the VLAFF, Shamash has a short film titled Aca Nada in the festival. The title is a play on words based on Iberian explorers that remarked when they first found the Northern part of the country: ‘aca, nada’, which sounds much like Canada. Translated into English, it means “here, nothing”. The film is the result of her collaboration with a Latin American art collective that explores the migratory and transient nature of being from elsewhere. v

“Most Latin Americans have a background with some experience of migration,” she says.

Using the imagery of rotating billboards, she worked with fellow artists Osvaldo Ramirez Castillo and Gabriela Aceves Sepulveda to create a work that conveys impermanence.

“Every time it rotates, they might get out of sync. I wanted to play with those layers. Connecting with the history of Aca and those ideas of geography and migration. Manuel Pina (the collective’s founder) is one of the most important things. He’s so unassuming and humble, but he really connected all these people and wanted to do something in Vancouver, being a bit frustrated with the arts scene in Vancouver. I wanted to capture some of that with the project. “

She is also working on a labour of love documentary called Kwanxwala – Thunder about a determined female soccer league in Alert Bay. She began filming in 2009 and is finally nearing completion. She shoots, directs, and edits herself and that DIY approach is often gradual. She explains that passion projects generally take many years to complete, partly due to funding shortfalls, and partly due to life’s myriad distractions. She hopes to premiere it in Alert Bay, before submitting it documentary festivals.

At the end of our conversation, she points out a large wasp’s nest dangling precariously from a tree flanking the park. It’s a reminder of her acute sense of place, ever alert and present in a transient world. Her diverse work is an expression of that immediacy and desire to connect us to her vivid imagination.

The VLAFF runs from August 25 to September 3 at various venues throughout Vancouver, including the Museum of Anthropology, the Cinemateque, and SFU Woodward’s.

Calgary Film Fest – By The Numbers