Inside Québec – Spring 2017
by Maudie Alioff

(UPDATED: June 6, 2017 – Montréal, Québec) Back in 2006, the action comedy Bon Cop Bad Cop was one of the biggest success stories in the history of Canadian moviemaking. The Quebec-made picture, co-written by actor Patrick Huard and producer Kevin Tierney, grossed $12.7 million, most of it in Quebec with pretty strong box-office elsewhere.

Directed by genre film loving Érik Canuel, the project transposed a 48 Hrs-ish premise from L.A. to Montreal. David Bouchard (Huard) is a rule-busting wildman of a cop on a case with buttoned-up, prissy detective Martin Ward (Colm Feore). Apart from their personality differences, Bouchard is a Quebecois who machine guns Tabarnaks in practically every sentence, and Ward is an Ontarian. Nuff said.

Much of the comedy derived from language short circuits in perhaps the first totally bilingual movie ever made in a bilingual country. Bon Cop Bad Cop had novelty and speed as Bouchard and Ward solved an ultimately absurd mystery while getting to know and love each other. Huard and Tierney came up with an amiable fantasy of reconciliation between Canada and Quebec. A fantasy rooted in a Montreal reality where there have always been plenty of good vibes between the “two solitudes,” and people code-shift from one language to another in mid-sentence. Audiences loved it.

The bromance continues in the inevitable sequel, Bon Cop Bad Cop 2, which is a hit, but will probably not strike the same gold as the original. Released on May 12, by May 30, the film was number 1 on the Canadian box-office, raking in $4 million. Distributor Seville Films, the Quebec division of Entertainment One, points out that between January and May, Québécois releases have picked up 9.98% of local box office, or a total of $7.6 million so far. In addition to BCBC2, the animation film Ballerina, C’est le cœur qui meurt en dernier, Ça sent la coupe and Nelly, the year’s best Quebec film in my opinion, all fed into the strong numbers.

Reviews of Bon Cop Bad Cop 2 have been respectful, but not raves. As the film opens, David and Martin, now an RCMP investigator, re-unite during an investigation of a car-boosting ring. Once again, the trail leads to an ultimately absurd mystery.

Despite a reveal that’s supposed to be heart wrenching, the movie is far less about character than the original, playing mainly as a slick amalgam of chases, crashes, gun battles, and explosions.

Huard, who scripted the follow-up on his own, scaled back the cultural collision and Anglo-French gags in favour of nonstop action set pieces.

Director Alain DesRochers (Nitro and Nitro 2) is a technician who clearly has aspirations to world-class bang-em-ups. Bon Cop Bad Cop 2 shows off his chops, but the film is strictly seen-this-stuff-before rather than the kind of ingenious action that pops your eyes and takes your breath away in movies by directors from Ridley Scott and James Cameron to the Coen Brothers and Quentin Tarrantino. As for the lead performances, Huard and Fiore re-create their roles proficiently.

Far from the fast and furious world of DesRochers’s movie, Alexis Durand-Brault’s C’est le coeur qui meurt en dernier (It’s the Heart that Dies Last) is a family drama about a writer (Gabriel Sabourin) who decides to visit his mother (Denise Filiatrault) after a separation of eight years. Julien is publishing an autobiographical novel about his childhood. His once dominating, attention-grabbing mom has been diminished by Alzheimer’s.

Based on a novel by actor-writer Robert Lalonde, one of the film’s draws is Filiatraut’s return to the screen after 25 years. A Quebec legend for her theatre and movie work as an actress, writer, and director Filiatraut won a supporting actress Genie for her performance in the late Gilles Carle’s 1982 Les Plouffe, a beloved family saga in this iteration and in the ancient Radio-Canada TV series. Many years later, in 2004, she was nominated for screenwriting and directing Genie Awards for Ma vie en cinémascope, her heartbreaking biography of singer and fast-lane sensualist Alys Robys, one of those brilliant dreamers who create themselves.

Back in the day, I wrote the following about the movie in Take One Magazine: “Filiatrault, herself a renowned Quebec show—biz figure, imagines Robi as the kind of brilliant individualist who pays a high price for wanting to live her life in Cinemascope. Like Robert Zimmerman, whose memoir, Chronicles, recounts how he found the name that best reflected the person he wanted to be, Alys Robi knew that “Alice Robitaille” would be a one—way ticket to Palookaville.”

Now 85, Filiatraut is an Officer of the Order of Canada and the National Order of Quebec. In 1999, she was honoured with a Governor General’s Performing Arts Award. Not only has she appeared in plays by Miichel Tremblay, in 1998 she turned his novel C’t’à ton tour, Laura Cadieux into a movie. Filiatraut, whose daughter actress Sophie Lorain appears in C’est le coeur qui meurt en dernier, hit a sour note a couple of years ago. The Théâtre du Rideau Vert, which she runs, put on a year-end show in which a white actor played P.K. Subban in blackface. Naturally, the backlash hit hard. Blackface in 2015! Filiatraut said she was “shocked, outraged, and humiliated.” After all, La Grande Dame had been in the business for a really long time and years before she was the first to cast a black performer in a television show.


Another high-profile new release, Philippe Falardeau’s Chuck (aka The Bleeder), is an English-language film that flashes back to the 1970’s for the story of a real-life mediocre boxer called Chuck Wepner (Liev Schreiber, pictured). Wepner lucked into a championship fight with Muhammad Ali, managed to hold out for 15 rounds, and collapsed into a puddle of his own blood.

Coming on like major player because of his encounter with Ali, Wepner blingged up, clubbed hard, and almost coked himself into oblivion. He cheated constantly on his loving and supportive wife Phyllis (Madman’s Elizabeth Moss) and flipped onto another level of narcissistic hijinks when he discovered that he was the model for Sylvester Stallone’s Rocky.

Energetic, touching, Falardeau’s strongest film since his Oscar-nominated 2011 movie Monsieur Lazhar, Chuck plays like Scorsese-light, complete with high-octane editing, confession-into-your ear voiceover narration, and final redemption. The redeemer here is played by Schreiber’s wife Naomi Watts. All the performances are soulful, including Morgan Spector as Stallone, particularly in a sad, cringe worthy scene that’s all about trying to feed on second-hand fame and failing.

Unlike his friend and contemporary Denis Villeneuve, Falardeau seems to prefer the low-budget intimacy of a film like Chuck to mega-scale pictures like Villeneuve’s Arrival and his breathlessly anticipated sequel to Blade Runner.

2017 is the second year that Quebec’s annual film awards are no longer named after Claude Jutra, the brilliant filmmaker and seemingly decent man who was alleged to be a sexual predator and paedophile in a biography. The award is now called the Prix Iris, evoking Quebec’s symbolic flower and the human eye, necessary equipment for watching movies.

The ceremony, now called the Gala Québec Cinéma, and Radio-Canada’s broadcast of it, were moved from its traditional March slot to June 4 in a bid for higher ratings. Hosted by actress Guylaine Tremblay and actress/TV personality Édith Cochrane, who fired off who-do-men-think-they-are jokes,
the Gala gave off a jocular, feel-good vibe. Nominees and guests celebrated at party tables a la Golden Globes. Outfits and hair ranged from over-determined hipster to elegantly understated.


Xavier Dolan’s tightly wound, visually beautiful Juste la fin du monde was the big winner with five Prix Iris. The 28-year-old was named best director, and the movie took the best film prize. Dolan also won for best casting, and at an event that preceded the gala, ace DP André Turpin picked up the best cinematography Iris, while Juste la fin du monde was named the film that had the most success outside of Quebec.

Incidentally, Dolan’s upcoming English-language debut, The Death and Life of John F. Donovan, is a Hollywood story about a star brought down by a vicious gossip columnist. The luminous cast features Jessica Chastain, Nathalie Portman, and Susan Sarandon. The movie filmed for over four months and reportedly has another shoot to go. It will be released in 2018.


At the Gala Québec Cinéma, writer-director Anne Émond’s brilliant Nelly took home four trophies, including one for best actress. Mylène Mackay fully incarnates the poised beauty, sexual hunger, creative fire, and utter desperation of Isabelle Fortier, who turned herself into the lushly desirable whore Cynthia and brilliant writer Nelly Arcan. Mackay offered a sincere, poised acceptance speech as did Dolan, who like Pedro Almadovar at this year’s Cannes Film Festival, stuck up for the mysterious, communal experience of watching movies in a “dark room with strangers.”

The best actor winner was the masterly Gabriel Arcand for Le fils de Jean, and another veteran, Luc Picard took the best supporting actor prize for his scary/funny gangster in Louis Belanger’s Les mauvaises herbes. The picture, a shaggy dog story about an endangered actor (Alexis Martin) hiding out on a marijuana farm, also won for best screenplay. Martin, who co-wrote the script with Belanger, talked up the movie as a statement about the necessary reunion of divergent communities.


Céline Bonnier, winner of the best supporting actress Iris for her role in Embrasse-moi comme tu m’aimes (Kiss Me Like You Love Me), offered a touching tribute to the film’s writer-director, André Forcier as one of the great innovators in Quebec cinema. Forcier’s typically maverick and eccentric movie highlights a genuinely strange storyline involving a disabled young woman’s (Juliette Gosselin) irresistible lust for her brother (Émile Schneider).
As for other awards, Alexandre Dostie’s Mutants won the best live action short Iris; Theodore Ushev’s NFB production Vaysha l’aveugle, a 2017 Oscar nominee, was named best animation short; and Martin Fournier and Pier-Luc Latulippe’s Manoir picked up best documentary. The prix du public, voted on by moviegoers went to Yan England’s exposé of bullying, 1:54 while the “revelation of the year” was Rykko Bellemare (pictured below) for his role in Avant les rues.
Presenters Mariana Mazza and Mehdi Bousaidan stirred up the audience, in a charming and seductive way, when they said that they are fed up with Arabs and other minorities being cast in service roles or as gangsters. Actors, they argued, should be selected for their talent, not their ehnicity. 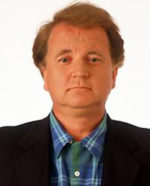 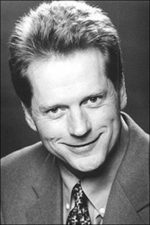 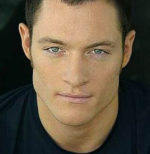