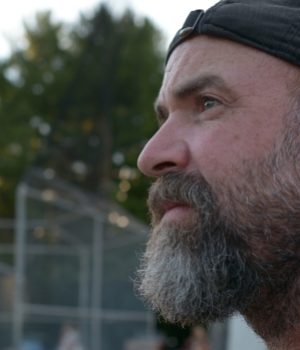 (March 2, 2016 – Toronto, ON) Filmmaker David Ridgen is known for his string of documentaries. Now he has turned his talent as a writer-producer-director to radio and a serialized podcast from CBC titled Someone Knows Something.

Someone Knows Something will explore unsolved cases of the missing or murdered, probing theories, debunking rumours and aiming to uncover new information in unsolved crimes, while also unravelling the visceral ripple effects these events have on families and communities across the country.

Each season, the series will focus on a single Canadian cold case that draws listeners deep into a mystery. As each case is brought back to life, audiences will hear evidence and first-hand accounts from those closest to the investigation, including the family, law enforcement and potential suspects. The story will unfold on a weekly basis, with new episodes released every Monday. In Season 1, Ridgen explores what happened to Adrien McNaughton, a five-year-old boy who disappeared near a lake in eastern Ontario without a trace, more than four decades ago. Ridgen, who grew up in the area, returns in search of answers.

Specializing in hard-hitting, character-driven, point-of-view storytelling, David Ridgen has an aptitude for investigate work and narrative experimentation. “The more time you spend looking at a case, the more things emerge from the picture that can help to solve it,” says Ridgen. “That’s why podcasting and true crime are such a natural fit. It allows the case to roll-out in real-time. It’s an exciting and immersive way to tell stories and an effective method for uncovering new information and using the public to help gather missing pieces of the puzzle and put it together in a new way, that may lead to solving the case.”

Visit CBC’s Someone Knows Something online for more information.