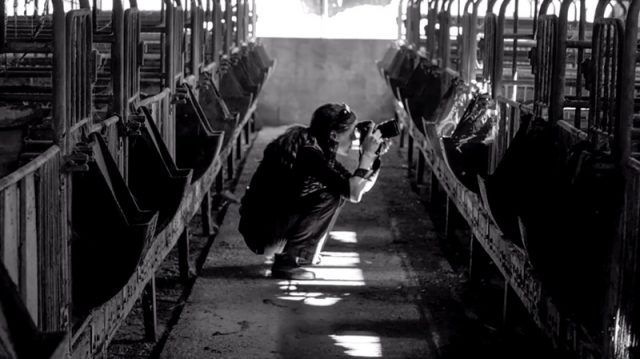 The International Vegan Film Festival is a trailblazing event dedicated to celebrating the vegan ideal: a healthier, compassionate, environmentally-friendly lifestyle that can be achieved through the consumption of plants and animal-free alternatives.

On July 18th at 5:30 PM PDT/8:30 PM EST the Festival invites everyone to gather online to watch five specially selected short films and hear the stories behind the films. The evening will include discussions with Founder & Director of WAM, Jo-Anne McArthur and filmmaker and multimedia producer, Kelly Guerin. WAM’s mission is to bring visibility to hidden animals worldwide through compelling photography and film, and the Festival is proud to share that experience with people around the globe through these five select films and a chance to chat with these talented filmmakers.

As COVID-19 has forced the cancelation of the Festival World Tour for the foreseeable future, festival director Shawn Stratton decided this would be a golden opportunity to bring quality films to the vegan community, not just in local theatres but to a truly global audience online. Stratton adds, “We are thrilled to introduce the filmmakers to our audience and are delighted to kick off the first round of Live Screening events with two truly world-class animal welfare media producers.”

Tickets are $10 and can be purchased at www.theivff.com. The recording of the Live Screening will be available to be viewed for one week following the event.

Films to be screened: 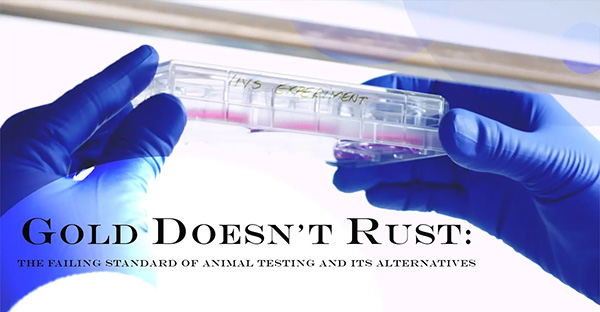 Gold Doesn’t Rust: The Failing Standard of Animal Testing and its Alternatives
Runtime: 23m, 16s
Directed by: Dr. Theodora Capaldo
Country of Origin: USA
Animal testing has been the standard of scientific research and testing for centuries, in spite of a long history of ineffective results and unimaginable cruelty. Now, emerging technologies promise to revolutionize the field of biomedical research by rejecting the failing animal model in lieu of human-based in-vitro methods. Can these new models break their way into mainstream, or will they be blocked by a scientific community so deeply rooted in animal research?

The Farm in My Backyard
Runtime: 16m, 27s
Directed by: Jo-Anne McArthur
Country of Origin: Canada
In many countries around the world, markets for fur are closing down as demand wanes. But in the tiny Canadian province of Nova Scotia, the government is putting its own citizens’ wellbeing second to this controversial industry, doubling down on its support for the fur industry despite its devastating impacts on the environment, animals, and the local residents pleading for change.

Reclaim
Runtime: 1m, 44s
Directed by: Jo-Anne McArthur, Kelly Guerin
Country of Origin: Canada
Walk with photographer Jo-Anne McArthur through an abandoned pig farm. Witness as the suffering fades from the bars and metal and life reclaims a small part of the industrial farming machine. 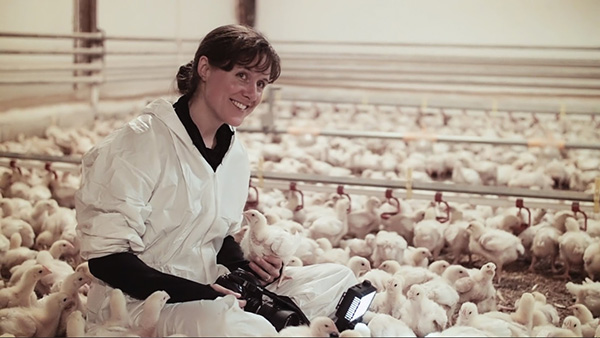 Promises
Runtime: 5m, 37s
Directed by: Jan Sorgenfrei
Language: English
Country of Origin: Denmark
Behind the closed doors, in the dark and out of human sight, Jan Sorgenfrei and award-winning Toronto based photographer Jo-Anne McArthur conduct an investigation into the industrial farming of chickens.

Undercover
Runtime: 3m, 33s
Directed by: Kelly Guerin
Produced by: We Animals
Language: English
Country of Origin: USA
Undercover reveals the stark, mechanized workings of the slaughterhouse, offering an unflinching and intimate look at the animals caught in this system.

Images courtesy of The International Vegan Film Festival. There is more information about the festival online.

Pierre Hébert: A Look Back