It is possible that Tom Jackson is just as well known for his humanitarian work as for his many television and film credits, and musical performances. It’s because of his high profile as an actor and a singer that has allowed him to raise millions of dollars for charity.

Jackson was born to a Cree mother and an English father on the One Arrow Reserve, near Batouche, Saskatchewan. At the age of seven, his family moved to Alberta, and then at 14 years old, he was living in Winnipeg. A year or two later, he dropped out of high school and left home. He spent seven years voluntarily living on the back streets of Winnipeg. That experience gave him the determination to be successful as well as a compassion to help others.

Jackson had been singing for many years, even performing at folk festivals since the early seventies, and he had developed an interest in acting as well. He decided to pursue acting, and as luck would have it, he landed a guest appearance on the 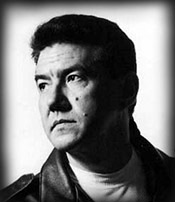 Canadian version of Sesame Street. His first film appearance was as Eddy in Anne Wheeler`s feature Loyalties (1986). The role won him a 1987 Genie Award nomination, and just like that, the former street kid was now a sought-after actor. In 1988, Jackson appeared on an episode of Street Legal and in Martha, Ruth & Edie, a feature film co-directed by Norma Bailey, Deepa Mehta and Daniele J. Suissa.

He spent much of 1987 arranging The Huron Carole, a charity concert to raise money for the Canadian Association of Food Banks. Jackson and his musician friends didn’t make any money that first year, but they recieved some press, and since then The Huron Carole has become a hugely successful annual pre-Christmas cross-country tour, raising almost $4 million in just over 15 years.

His next film was Clearcut (1991), which co-starred Graham Greene and Rebecca Jenkins. That same year he also won a role on PBS-TV`s version of the popular British children`s series Shining Time Station. He played Billy Twofeathers for three years, until the show was cancelled in 1994.

In 1992, the CBC began airing the acclaimed series North of 60, about life in the fictional native community of Lynx River, Northwest Territories. Jackson starred as Peter Kenidi, the Chief of the Band Council in Lynx River and was nominated for Best Actor in a Dramatic Series at the 1995 and 1996 Gemini Awards. North of 60 aired for six seasons before being cancelled in 1998.

While appearing on North of 60, Jackson also appeared in episodes of Star Trek: The Next Generation (1994), Sliders (1995) and Chicago Hope (1998), and he was featured in a number of television movies, including Spirit Rider (1993), Medicine River (1993) and The Diviners (1993), the latter based on the epic novel by Margaret Laurence and directed by Anne Wheeler. He was the host of the short-lived series Great Canadian Ghost Stories (1995) and contributed a voice-over to the documentary miniseries 500 Nations (1995), which documented the history of Native Americans.

In 1996, CBC-TV featured Jackson in their Life and Times series, profiling his work as an actor, a singer and a humanitarian. With his role as Peter Kenidi on North of 60, Jackson had become one of Canada`s most popular actors. His success also sparked his desire to help those less privileged. While working on the series, one of his young co-stars, Mervin Good Eagle, committed suicide. The tragic event brought to light the alarming suicide rate among First Nations youth across North America, and inspired Jackson to organize the Dreamcatcher Tour, designed to bring the message of empowerment and hope to native communities through music. Health Canada, Canadian Heritage, Indian and Northern Affairs and several other major corporations contributed to the 16-stop tour, which was so successful that the Dreamcatcher Tour has been held each year since.

In 1997, Jackson organized The Red River Relief Benefit to raise money for Manitobans who lost their homes and businesses as a result of the massive flooding of the Red River. In less than two weeks, he assembled a group of Canadian talent to perform live in Calgary and Winnipeg and to a national television audience. The event raised close to $3 million for the flood victims.

Jackson appeared in the 1999 feature Grizzly Falls and in three North of 60 made-for-television movies, Trial by Fire (2000), Dream Storm (2001) and Distant Drumming (2005), which the CBC made to appease fans disappointed with the show`s cancellation.

As a singer and songwriter, he has recorded 14 albums (as of 2009), two of which have been nominated for Juno Awards. He donates much of his album sales to the Canadian Association of Food Banks, and royalties from the video airplay from four of his singles goes to the Calgary Inter-Faith Foodbank.

Most recently, Jackson produced the compilation CD “On the Holiday Train” to coincide with a fundraising project for the Canadian Association of Food Banks organized by the Canadian Pacific Railway. He also spearheaded and hosted the CBC Newsworld coverage of Say Hay, a fundraising event that raised nearly $2 million for drought-stricken prairie farmers. He also recently completed filming Mee-Shee: The Water Giant (2005), a family-targeted adventure story.

Jackson was honoured with the Order of Canada in 2000 for his music and humanitarian work, and was awarded the Queen’s Jubilee Medal in 2002. He has been awarded the David Crowchild Award, the C.F. Martin Award and the International Humanitarian Award. Time magazine named him one of Canada`s best activists, and he has been awarded Honourary Degrees at six different Canadian universities, including Winnipeg, Victoria and Laurentian. In April of 2009 it was announced that Jackson would be named Chancellor of Trent University for a three-year term, but the appointment is renewable. Jackson was installed during a special ceremony on September 24, 2009.

In September of 2016 it was announced that Tom Jackson would be given the August Schellenberg Award of Excellence at the imagineNATIVE Film + Media Arts Festival.

This biography is Copyright © 2013 by Northernstars.ca and may not be reproduced without prior written permission. For more information about copyright, click here.