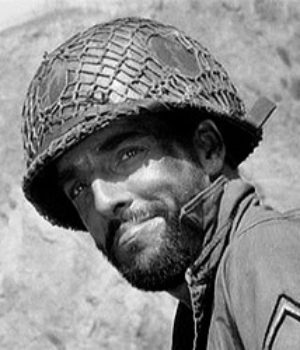 Pierre Jalbert started life as Joseph Jacques Pierre-Paul Jalbert. He grew up in Quebec City and graduated from Ouellet College. He then enrolled at Laval University and later attended the Sorbonne in Paris to study art. When he was young, Jalbert wanted to be a skier and showed great promise from the time he started to ski at 10 years old. In 1947, he won the Canadian championship in combined downhill and slalom skiing. He then established a downhill speed record at Mont Ste. Anne near Québec City. He was the only Québec representative on the Canadian Olympic Ski Team

in 1948, but fate interceded. Unfortunately, he fractured a leg while training at St. Moritz. While navigating a steep hill at very high speed, Jalbert lost control on a stretch of the course that had turned icy following a rain shower. He was out of the Olympics and out of professional skiing.

Taking time to heal, Jalbert left France and headed for the warmer climes of southern California. His artistic training in France had aroused an interest in filmmaking, and he paid a visit to Hollywood. When he returned to Paris he applied for a position as a production assistant with a film company. But skiing remained a passion, and in 1950 he was back in the United States as an instructor at Sun Valley, Idaho, one of the best ski resorts in North America. But his good looks, his brush with fame as a renowned skier, his artistic training and his brief brush with the filmmaking business caused him to head to Hollywood one more time. It was 1952, and he took whatever jobs came his way. But rather than acting, although he did land some roles, he gravitated toward the production side of the business, including editing and sound editing. He worked on, among other films, The Godfather as an (uncredited) assistant editor. Of all his acting roles, he is, perhaps, best known for Paul “Caje” Lemay, the French-speaking character on the series Combat!. Despite this success, and regular appearances in film or on television, he earned his reputation, and living, on the other side of the camera.

Pierre Jalbert was was 89 when he died of a heart attack in Los Angeles.

This biography is Copyright © 2015 by Ralph Lucas and may not be reproduced without prior written permission. For more information about copyright, click here. The poster for Ski Crazy was scanned from an original in the Northernstars Collection.