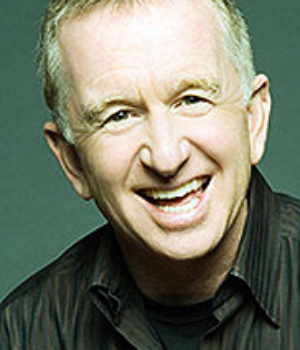 Ron James hurts. His unique brand of kinetically-charged comedy has been playing to sold-out audiences all across Canada and you will laugh so much, it will hurt. As he wanders up and down and back and forth on the stage, bending, twisting, and creating an endless series of faces, you will quickly understand why he was given the Canadian Comedy Award for Best Comedian of 2000 and a 1999 Gemini Award for Best Writing in a Comedy Series for This Hour Has 22 Minutes. But that makes it sound like he’s new to all this. In fact, Ron James started his career at the prestigious Second City in Toronto in the 1980s and parlayed that into a number of small television and film roles. Not all of them called for his comedy genius. For example, in 1989, he was nominated for a Genie Award for Best Supporting Actor in the dramatic film, Something about Love.

Following in the footsteps of so many Canadians, James moved to Los Angeles in the early 1990s, when he was given a spot as a regular cast member on My Talk Show for Ron Howard’s company, Imagine. But just three years later he moved his family back to Toronto and began to capture his American experience on paper. In 1994, his critically acclaimed, comedic chronicle Up & Down in Shaky Town: The Story of One Man’s Journey Through the California Dream, was seen on The Comedy Network as a 90-minute special.

His one-man show and standup act have been seen at The Edinburgh Fringe Festival, Montreal’s Just for Laughs Festival, The Halifax Comedy Festival, The Banff Film and Television Festival, The Toronto Comedy Festival, Comics!, and Madly Off in All Directions. If you have a chance to see him on stage, don’t miss it. It will hurt. But it is a good pain and it is well worth it!

This biography is Copyright © 2001 by Ralph Lucas and may not be reproduced without prior written permission. For more information about copyright, click here.