Home News Josh Freed Gets In Your Face 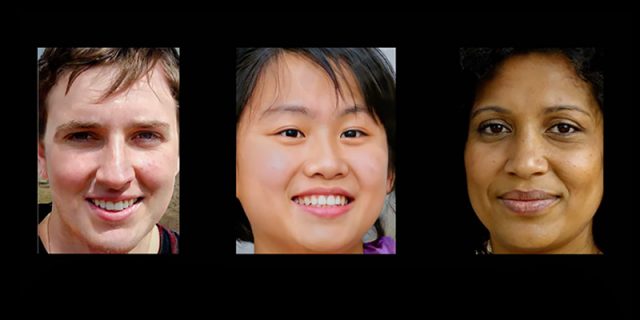 Josh Freed Gets In Your Face
by Ralph Lucas – Publisher

(January 18, 2021 – Toronto, ON) There are probably more quotations about faces than any other part of the human body. “A man’s face is his autobiography. A woman’s face is her work of fiction,” quipped the always quotable Oscar Wilde. W.H. Auden gave us “My face looks like a wedding-cake left out in the rain,” which may have inspired the hit song McArthur’s Park. “He had a face like a blessing,” wrote Cervantes, but in Spanish. “Every man over forty is responsible for his face,” said Abraham Lincoln and the Czech writer Milan Kundera once wrote “The serial number of a human specimen is the face, that accidental and unrepeatable combination of features,” which is closest to the subject of a new documentary that premiers this Friday, January 21 at 9 pm on CBC’s The Nature of Things.

Watching a preview of In Your Face I learned the average person can remember about 5,000 faces, both those we know and thousands of celebrities we’ve never even met. But some people are called “super-recognizers” and can recognize almost everyone they’ve ever met, even many decades ago, while others are “face blind” and can’t identify any faces at all, even the faces of their own children, or themselves in a mirror. 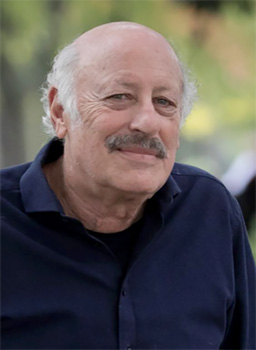 Produced, written and directed by the award-winning filmmaker Josh Freed, I wanted to know more about the thing I see in the mirror every morning. Turns out, there’s tremendous interest in faces and some of that interest is frightening. I exchanged emails with Josh Freed yesterday.

RL: How did this subject come to you? Was it the rise of Canadian police departments using facial recognition technology? Or the various reports about how some countries, China for example, use it to seemingly keep tabs on its population?

JF: Face recognition technology in police was rising everywhere from America and England to China and I was intrigued by the issue as well as the science behind how it was done. At the same time I read a piece about super recognizers working for New Scotland Yard police in England. The more I researched the more I realized the machines were just copying us humans who had this extraordinary ability to unconsciously measure and identify faces. I just got utterly fascinated by how such a seemingly ordinary human skill was actually a superpower we didn’t realize we had – and that our human way of identifying people was also driving the new technology that was mimicking our brains. I could see it was a terrifically fascinating film and I knew CBC would think so, too. Which they did.

RL: I understand now why protesters often use masks, particularly the “Scream” mask to avoid being identified. What’s your take on police use of this technology? Is it over-reach or just a response to the world we live in?

JF: It’s both. On one hand, police using face recognition is just part of the overall disappearing concept of privacy as we voluntarily acquiesce to being followed on our phones, computer, Amazon Echoes, etc. But it’s also a particularly invasive technology that can spot us anywhere and ID us later – whether at protests, red lights, jaywalking or heading for a lover’s tryst. We can see that happening in China in creepy and particularly dangerous ways. Face recognition isn’t going away, it’s too convenient for opening our phones, doing our banking and whatever but it opens yet another Pandora’s box we will have to deal with if we don’t want to be followed, watched and identified 24/7.

RL: Staying with that for a moment, I suppose someone is going to invent some high-tech lapel pin or hat button that will emit a face-scrambling image when it detects a surveillance camera.

JF: Yeah, I imagine face scrambling technology will end up in a tech war with face recognition technology, as many people try not to be identified at protests, or maybe burglaries.

RL: I was wondering if in your research and/or interviews the topic of identical twins was ever raised? I was particularly interested in the “super-recognizers” and identical twins.

JF: Good question. In fact, scientist Ashok Jansari in the film told us he’s very gifted at recognizing faces and always has been. But so is his identical twin who may be even better than him. We will include some of his thoughts on this in the longer, international version of the film. Jansari and others also talk about other families where everyone is exceptional at it, so it appears to have a hereditary component.

RL: The section on face-blindness, prosopagnosia, particularly the Montreal priest and the portable software solution made me wonder if people with Alzheimer’s could benefit from the same or a similar device? Did you look into that?

JF: No. Barry Sandrew put the technology together for that one person and it arrived quite late in the editing phase. So we didn’t have a chance to consider other uses at all.

RL: For aspiring documentary filmmakers, what was the process with In Your Face? Did it start out as an idea for a feature, or did you pitch it to CBC and The Nature of Things First? Will you re-edit a longer version for festival release?

JF: It was the same process as usual over many films for many years. I proposed the idea to Sue Dando, executive producer of The Nature of Things at Hot Docs some 4 years ago. She showed some interest so I started researching it. When I gave her an initial outline of how I saw the story she was interested so we got a little money to research and put together a full script of how we saw or imagined the whole show from start to finish. They really liked it and within a year we had been green lit and were in production.

RL: When did research begin? When did you start filming? When did you deliver the final version to CBC? Also, did you get to direct the voice-over sessions with David Suzuki?

JF: Research began almost 4 years ago before I pitched the idea to CBC. Filming started in spring 2020 in Montreal and Toronto but foreign shoots were delayed until this year, as almost no one in England or the US wanted to be interviewed by a camera crew during the pandemic. Eventually we had to settle for remote shoots in England, California and Boston where I did the interviews on Zoom, while a camera person shot the interview live on the other end. I was skeptical of this process at first and worried the interview wouldn’t be as intimate as I like, but it worked out well under the circumstances – partly because everyone everywhere has become adept and comfortable at talking over Zoom. We delivered the final cut to CBC in the last two weeks, though I directed David’s narration about 4 weeks ago before the sound edit was completed. Covid really slowed us down and it’s been a race to get to the finish in time.

In Your Face premiers this Friday, January 21 at 9 pm on CBC’s The Nature of Things and on the free CBC GEM streaming service. It is produced by Josh Freed Productions in association with the Canadian Broadcasting Corporation, and with the participation of the Canadian Media Fund, the Rogers Documentary Fund, the Canadian Film or Video Production Tax Credit, and the Quebec Film and Television Tax Credit administered by SODEC. The film is distributed by Point du Jour International.