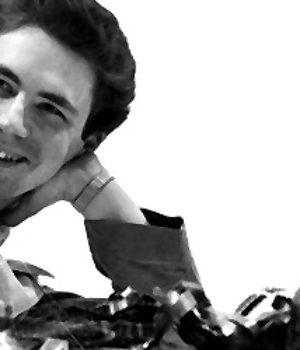 Director/writer/actress Paule Baillargeon’s documentary Claude Jutra: Portrait sur film embraces the drama and mystery of the late moviemaker’s life. Baillargeon gets personal, and although she clearly loves Jutra as a friend, neighbour and professional collaborator, she doesn’t sanctify him. He comes through as brilliant, original and irrepressibly playful, but not a sanitized object of cultural veneration. A free–spirited provocatrice since her days in drama school, Baillargeon confronts the turbulent messiness of Jutra’s private world. “Who was this man born in the spotlight, and yet full of shadows?” she asks in the narration she voices herself.

Claude Jutra’s life is one of the few Canadian film stories to take on mythic proportions. The privileged child of wealthy and cultivated Montrealers, he was a doctor who never practised, abandoning medicine to play out a fascination with movies that began in his early teens. A natural talent who throughout his career directed, filmed, wrote and acted, Jutra fed his own myth with his debut feature, À tout prendre (1963). A wired, kinetic improvisation, the quasi–autobiographical movie shows Jutra racing around Montreal, trying to exorcise his demons and stabilize his identity. At the movie’s heart is his real–life affair with Johanne Herelle, a Haitian model who cajoles him into acknowledging to himself that he “likes boys.” At times self–consciously eccentric, À tout prendre is a cinéma–vérité psychodrama whose fans included John Cassavetes and Jean Renoir. (Other luminaries Jutra either befriended or worked with on his zigzagging path include: Norman McLaren, François Truffaut, Jean Rouch, Bernardo Bertolucci, and during a teaching stint at UCLA, Jim Morrison.)

Baillargeon tracks Jutra from his restless new wave films to Mon oncle Antoine (1971), the formalized and elegiac period piece that tops many best Canadian movie lists, to a string of commercial disappointments, including the dark romance of Kamouraska (1973), and some movies made in English Canada (Surfacing, 1981; By Design, 1982). She traces his 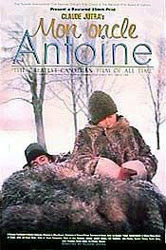 mounting difficulties in funding projects in Quebec, and his dissatisfaction with the entire Canadian film system. Uncertain about his future, Jutra began suffering from memory lapses that led, in the early 1980s, to a diagnosis of Alzheimer’s disease. He directed his last picture, 1984’s La Dame en couleurs, struggling to recall what he had filmed an hour earlier. And then on a November day in 1986, the increasingly impoverished 56–year–old filmmaker wrote “I am Claude Jutra” on a sheet of paper and, according to legend, slipped a bottle of Courvoisier into his coat pocket. Some time later, Jutra jumped off the Jacques Cartier Bridge into the St. Lawrence River. Until his body was found five months later, his tragic disappearance was the focus of intense public speculation.

“Water calls out to Claude Jutra,” says the eloquent narration written by Jefferson Lewis for this elegant documentary. “Its mystery, beauty, sensual quality, its deadly appeal, its secrets and shadows…characters in his movies are always jumping into water.” For instance, as early as Le Dément du lac Jean–Jeunes (1948), a nightmarish short Jutra directed as a teenager, an insane child kidnapper plunges to a watery death. And as many point out, À tout prendre ends on an image of Jutra himself walking off a pier into a river dancing with light.

Baillargeon does not enlist a platoon of talking heads to analyze Jutra’s fascination with water, or his other fixations and idiosyncrasies. The film presents a man who is both melancholy and fun–loving, serene and angry, introverted and bonded to longtime friends like cinematographer Michel Brault and actor Saul Rubinek. Jutra is contradictory, he’s complex, he’s an enigma that Baillargeon chooses to only partially unravel. She gives the audience the threads to continue the process, imagining his unspoken secrets, stormy emotions, depth of creative power and the simplicity of his yearning for love.

The film evokes the magic and the loss with evocative montages of the locales that were part of Jutra’s everyday life: Carré Saint–Louis and his home at its north end, St–Denis Street cafés like Les Gâteries where he would sit by the window every morning. Moreover, Baillargeon stages images of a Jutra double in silhouette, leaning back in a rocking chair, writing the final letter, methodically putting on winter clothes the day of his suicide. The stylized shadow play gives Jutra an elusive presence that intersects fluidly with other visuals, including rare clips from Le Dément du lac Jean–Jeunes and recently discovered home movies, much of them in colour, Jutra took of himself and his family.

The amateur footage, in excellent condition and surprisingly accomplished, reveals precocious attempts at Cocteauesque film poetry. It’s all double exposures, oblique angles, a sense of the world as a fleeting place that could, at any moment, become unhinged from reality. And in some of the images, we glimpse the formidable presence of Jutra’s mother Rachelle, a cigarette–smoking, overly protective sophisticate whom he once called “the only one in the world that I love deeply.”

Rachelle had a passion for her son that is right out of Tennessee Williams’s play, Suddenly, Last Summer, with its Venus flytrap mother and hypersensitive son. She tried to stop her boy from leaving home and did her best to sabotage his romantic relationships. When he lived in Paris for a couple of years, she assailed him with obsessive letters implying his absence was killing her: “My head throbbed,” she once wrote, “until I was sure I had a brain tumour.”

This relationship, which Baillargeon thinks probably kept Jutra in perpetual childhood, tormenting and inspiring him as an artist, is at the crux of her film. But for whatever reason, she drops it before it’s fully explored. Then as the film progresses, talking heads multiply, diverse aspects of the story are conveyed more explicitly and the narrative gets a little choppy. In the end, however, Baillargeon refocuses on Jutra’s fate and his sadly heroic choice to end a life that had become intolerable. He knew that his spirit was closing in on itself, and his once irrepressible creative energy was shutting down. The film tantalizes viewers with clues that hint at a solution to its mysteries and fades out on the straight–to–the–heart pathos of a unique life that, as the film’s English title—Claude Jutra: An Unfinished Story—implies, was snuffed out long before it reached its final act.

This review of the film Claude Jutra – portrait sur film, was originally published in Issue 41 (March 2003) of Take One Magazine. Northernstars.ca acquired the digital archives of Take One in 2007.