Claude Jutra was a multi-talented artist whose skills included directing, acting, editing and screen writing. To put it another way, he was all that the term “filmmaker” should really mean.

Jutra grew up the son of a doctor, and at first he thought he would follow his father into medicine. Lucky for us, he gave up after three years of study and turned instead to the dramatic arts, studying for two years at the École du Théâtre du Nouveau Monde and then for six months at the René Simon school in Paris.

Jutra started working on his first film in 1946 when he was 16 years old. Two years later he made the short Le dément du Lac Jean-Jeunes, a fable about a strange and mysterious figure who lives in the woods. To help him make it, he turned to his friend 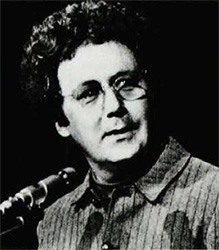 , cinematographer and filmmaker Michel Brault. It turned out to be the beginning of a lengthy collaboration, and a year later they worked on Mouvement perpétuel. The collaboration won Jutra his first Canadian Film Award at just 19 years of age.

In 1953, Jutra directed his first made-for-television drama, Radio-Canada’s award-winning L’École de la peur. Possessed of an outgoing personality, it didn’t strike anyone as odd that Jutra would be just as comfortable in front of the camera as he was behind it, and in 1954 he hosted a Radio-Canada series on film. But just one year later he was back behind the cameras working as a director with the National Film Board of Canada (NFB). In a career that saw him come and go and return, he would spend about 12 years at the NFB directing a total of 15 films and winning many awards.

Jutra’s first feature started out as a four-part television series. It was 1958, and the project was titled Les Mains nettes. The script was by acclaimed screenwriter and filmmaker Fernand Dansereau. After it was broadcast, the footage was edited and released as a feature in 1959. Also that year, he returned to music, working again with Félix Leclerc when he directed Félix Leclerc, troubadour. The concept worked, and later in 1959 he also made a documentary about the acclaimed Québec stage actor titled Fred Barry, comédien. Not content with all he had accomplished so far that year, the seemingly irrepressible Jutra left for Paris where he met and became friends with many of the luminaries of the period. For example, he directed Anna la bonne, which was based on a story by Jean Cocteau and was produced by François Truffaut.

In 1961, Jutra co-directed the award-winning NFB short Wrestling, a behind-the-scenes look at a professional wrestling show at the old Montreal Forum. That same year, he returned to television to host another series on cinema, Cinéma canadien. In 1962, Jutra worked on the humourous award-winning documentary Visit to a Foreign Country about Québecers taking a look at American tourists who have come to take a look at them. He also wrote and narrated Les Enfants du silence, which was directed by Michel Brault, about children suffering from deafness.

Moving out from under the NFB’s protective wing, Jutra founded Les Films Cassiopée in 1963. The first title from his new company was À tout prendre. The film was oddly controversial at the time. Not so much for the content, but for the manner in which it was made. Great portions of the film were unscripted and the actors were called upon to use their own real life experiences 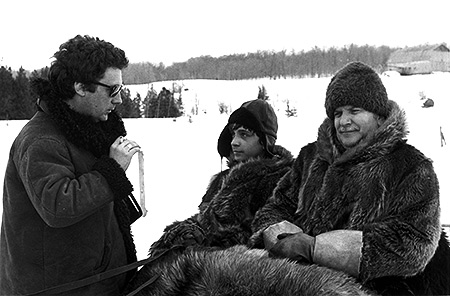 Jutra’s boundless energy allowed him to remain close to and always be interested in what was going on with the younger generation. For example, his 1966 short The Devil’s Toy was about skateboarding. He also directed the acclaimed feature documentary Knowing to Learn in 1966, about the impact of new classroom technologies. Three years later he made the feature Wow!, which is about nine teenagers who act out their secret dreams and talk about their lives.

It should come as no surprise that Jutra’s most famous film, and perhaps the greatest film yet made in Canada, the 1971 classic, Mon oncle Antoine, is about a young man approaching manhood. Released again in late 2000, Mon Oncle Antoine has three times been named “the greatest Canadian film of all time” in a poll of critics at the 1984, 1993 and 2004 Toronto International Film Festival. It won 21 international awards and eight Canadian Film Awards when it was first released. Set in a small Québec town – it was filmed on location in the town of Black Lake in Québec’s asbestos region – Mon oncle Antoine is based on the childhood experiences of screenwriter Clément Perron, and the script was adapted for the screen by Perron and Jutra.

Jutra followed Mon oncle Antoine with the international co-production of Kamouraska, starring Geneviève Bujold. Kamouraska, the most expensive Canadian film ever at the time of its release, follows the recollections of the film’s heroine and narrator, played by Bujold, who reflects on her tumultuous past and a marriage to an abusive husband, who dies at the hands of her lover. Set in the 1930s, the film was based on a novel by award winning writer Anne 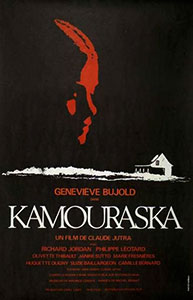 Hébert – who co-wrote the screenplay with Jutra – which was in turn inspired by an actual 19th-century murder. Canadian film critic Martin Knelman has written that “Kamouraska must be one of the most delicately modulated epics since D.W. Griffith’s silent masterpieces.” However, the French co-producers considered Jutra’s cut of Kamouraska too long, and the film was edited down to a two-hour running time against his wishes. It was a commercial failure, and it was not until 1983 that Jutra was finally able to make his own “director’s cut” in the form of a 173-minute television version.

In 1976, Jutra released Pour le meilleur et pour le pire. But 1976, in terms of Jutra’s career, is best remembered as the year he agreed to work in English for the first time. After repeated offers from the Canadian Broadcasting Corporation, he agreed to work on three made-for-television films. The first two were shot as part of the CBC series, For The Record. Both Ada and Dreamspeaker were made in 1977 and both dealt with characters suffering emotional and psychic trauma. Dreamspeaker won Jutra another Canadian Film Award for Best Direction. In 1979 he made The Wordsmith for the CBC.

Jutra’s move into English production caught the attention of Toronto-based producer Beryl Fox and he was approached to direct a pair of English-language features. The first would be Surfacing, based on the novel by Margaret Atwood. Released in 1981, Surfacing starred Joseph Bottoms, Kathleen Beller and R.H. Thomson. The next year Jutra made By Design, a comedy about a lesbian couple who want a child, but who get more than they bargained for when they try to find the perfect stud. Co-written by Jutra, the film starred Patty Duke, Sara Botsford and Saul Rubinek.

Back in Québec, working in French again, Jutra had trouble finding either feature or television projects and was more-or-less forced to take what work he could find and for a time he directed nothing but commercials. However, in 1984 he began work on what would turn out to be his last feature film. Again the focus was on young people. A co-production with the NFB, La Dame en couleurs was inspired by the true story of the co-called “Duplessis orphans” – abandoned or orphaned children who were placed in insane asylums by the Québec government during the 1940s.

But Jutra was not a well man, and in November of 1986, suffering from the first stages of Alzheimer’s disease, he wrote the words “I am Claude Jutra” on a sheet of paper and some time later jumped off the Jacques Cartier Bridge into the St. Lawrence River. Five months later his body was found at Cap Santé, Québec. Jutra was only 56 years old.

A few years later, in 1993, the Academy of Canadian Cinema and Television established the Claude Jutra Award for Direction of a First Feature Film. The naming of the award was initiated by the Directors Guild of Canada, whose members wished to honour the late director. This tradition continued until 2016. In February of that year a biography of Jutra was published. In a few pages it made the allegation that Jutra’s attraction to young men — usually older teenagers — had included at least one underage boy. That allegation of pedophilia were subsequently proven and the Academy acted swiftly to distance itself from the once-renowned director, saying the new name for the award would simply be The Canadian Screen Award for Best First Feature.

In his home province reaction was swift and broad. The organizers of the annual Prix Jutras announced his name would be stripped from the awards and the Mayor of Montréal announced that they would be changing the names of streets and parks bearing Jutra’s name. Thirty years after his death, decades after having his name attached to highly coveted awards in Quebec and Canada, suddenly the name Jutra meant less than nothing.

This biography is Copyright © 2016 by Ralph Lucas and may not be reproduced without prior written consent. For more information about copyright, click here.