(August 5, 2020 – Toronto, ON) One of the things I love about my job is watching people grow, stretch, take risks with their careers and learn to either punch above their weight or to roll with the punches when things don’t work out. The first time I had a chance to say hello to Katie Boland was in 2013 when that year’s Canadian Screen Awards were being announced. She had more than 20 credits to her name by then including appearances in The Life Before This, Some Things That Stay, Away From Her, Growing Op and many more.

Today came the news that she will move her career behind the camera as she begins production this week in Hamilton, Ontario on her directorial debut, We’re All In This Together. 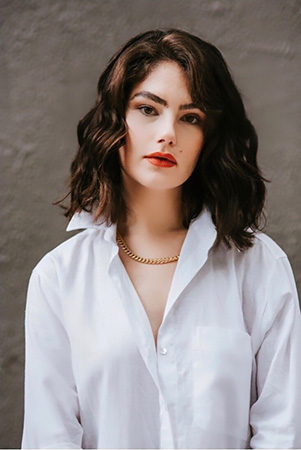 Boland adapted the screenplay from Amy Jones’ best-selling novel and will also star in the film playing the dual roles of twins Finn and Nicki Parker. The basic plot follows the dysfunctional Parker family after a woman goes over a waterfall, a video goes viral, and the family unravels. Costars include Martha Burns as Kate Parker and Alisha Newton as Paris Parker. More cast members will be announced shortly.

“Adapting this incredible book for the big screen and sitting in the director’s chair have been such a gratifying experience,” said Katie Boland. “Playing twin characters Finn and Nicki Parker is an actor’s dream, but also being able to bring together this incredible cast and crew makes this entire project a highlight of my career.”

While this is her first feature, Boland has been behind the camera before. Her directorial debut came with a series of short films including her third short Lolz-Ita, which was a Vimeo Staff Pick, part of TIFF’s: Share Her Journey and was nominated for Jury Prizes at the Austin Film Festival, Cucalorus, Dallas and Whistler Film Festivals.

Jay Firestone of Prodigy Pictures is Executive Producer with Gail Harvey of Straight Shooters and John Laing of Urban Post producing alongside Boland, Paula Brancati and Associate Producer Mark Pancer. We’re All In This Together received financial support from Telefilm Canada and The Harold Greenberg Fund.

The Road Forward Opens at Vancity