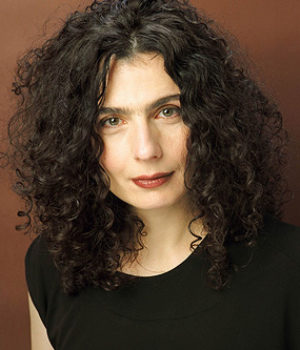 The director’s muse. A legendary title full of romance and obsession. One rarely sees past the artist’s brushstrokes when it comes to the embodiment of the muse. For director Atom Egoyan the muse lies in wife Arsinée Khanjian.

Born in 1958 to Armenian parents, Khanjian grew up in Beirut. An unstable country at best, her parents fled to the safety of Canada in 1975. Settling in Montreal, the 17 year old was strongly encouraged by her family to relentlessly pursue an education. Studying at Concordia, she received an undergraduate degree in Spanish and French. She began a master`s degree in political science at the University of Montréal. Fate though would have a hand in her future plans. Upon meeting Egoyan, Khanjian transferred to the University of Toronto and was later convinced by him to star in his first film, Next of Kin in 1984. An unlikely career choice, she followed through with her studies while dating Egoyan. She played supporting roles in each of his films throughout the late 1980s and early 1990s, including his remarkable fourth feature film, The Adjuster, in 1991.

Encouraged by Egoyan to downplay her expressive nature, he later let her “be herself” in the film Calendar in 1993. Just because she started out as Egoyan’s muse doesn’t mean she stayed that way. She has appeared in Jean-Pierre Lefevbre’s La Boite à soleil and Marilu Mallet’s Rue de la memorie.

Khanjian has also appeared on-stage in Brother Andre’s Heart, a Crows Theatre production, and Wedding at the Cro-Magnon’s at Theatre Passe Muraille. Jumping from film to television to the stage may have something to do with her being uncomfortable with calling herself an actor. It was only in 1984 that she gave up her full-time job at the Ontario Arts Council to devote herself to the craft.

A role in Side Effects, a CBC television hospital drama in 1994, served as an unofficial warm-up to her next role. In Exotica, Khanjian played a part-owner in a strip club who takes care of the business end of things. Critically acclaimed for her performance, she has enjoyed widespread recognition ever since. Oddly enough, considering the part she was playing, she was six months pregnant with the couple’s son, Arshile, at the time of filming.

She worked next in Irma Vep with French director Olivier Assayas in 1996 and another television production, Dinner Along the Amazon, in the same year. In 1997 The Sweet Hereafter was released to glorious acclaim. Widely referred to as Egoyan’s finest work, Khanjian again had a supporting role. Later that year she went on to film Ms. Scrooge, a television special.

She also appeared in 1999’s Felicia’s Journey, a film about a naive Irish girl who hooks up with a serial killer while in England to search for her absent boyfriend. It was given the rare honour of opening the Toronto Film Festival. For her work in Ararat, released in 2002, Khanjian was honoured with a Genie Award as Best Actress at the 2003 awards ceremony held in Toronto. Atom Egoyan was not there because he was in Berlin to serve on a jury in that city’s annual film festival.

In July of 2016, Arsinee Khanjian was detained along with several other people in Yerevan, Armenia, near a police station that had been occupied by gunmen for 10 days. She was there as part of a large rally and the reason for her brief detention was not immediately made clear. She stated later on that same day that it could have been “because I don’t have papers to be a journalist.”

This biography is Copyright © 2016 by Northernstars.ca and may not be used without prior written permission. The poster for The Adjuster was scanned from an original in The Northernstars Collection. Click here for more information about copyright.