As strange a place as Hollywood can be, there can’t be too many people who could bop around the so-called Entertainment Capital of the World, hang-out with the movers and shakers, and yet claim they spent their formative years living in a caboose. Margot Kidder could, and it was the truth. Of course, it helps to explain that she was the daughter of Kendall Kidder, a mining engineer, and they were living in the frontier-like town of Yellowknife in the first half of the last century. And although she was born in the capital of the Northwest Territories, it was probably difficult for Kidder to think of it as her “hometown.” An example of how unsettled her early years were is found in the fact that Margot went to 11 schools in 12 years as a direct result of her father’s work. It had an impact. It has been reported that she first tried to kill herself when she was just 14 years old. No cause has been given for her passing. Kidder died at her home in Livingston, Montana on Sunday, May 13.

That first attempt led to some stability when her parents enrolled her in a boarding school and lucky for her later fans, that school had drama classes. Kidder was finally able to channel some of her pent-up emotions into pretend characters. The next step was the University of British Columbia and more student drama, and then she went professional, joining the Canadian Broadcasting Corporation in Vancouver where she revelled in the diversity of the roles she could play. She made her screen debut in 1968 in the National Film Board production of The Best Damn Fiddler from Calabogie to Kaladar, which went on to win eight Canadian Film Awards the following year.

Hardly enough experience to build a career on, but when Kidder was just a small child she had written in a diary that she wanted to become a movie star and that one day it would happen. And so it was off to Hollywood where, thanks to fellow Northernstar and ex-CBC’er Norman Jewison, she was cast in the 1969 satirical feature Gaily Gaily. She settled in Los Angeles and was hired to work with Gene Wilder on Quackser Fortune Has a Cousin in the Bronx (1970).

Reflecting on some of the harsh words from the film’s director, Kidder decided to spend some time learning more about her chosen field. She moved to New York to study acting and found work in television to pay the bills and the fees for her acting classes. Armed with a little more confidence, she headed west again 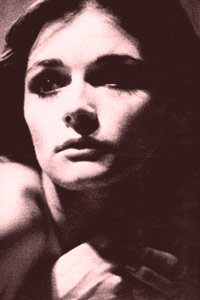 just as the money started to run out. Back in Hollywood, she met another actor, Jennifer Salt, when they were both waiting for a screen test. With money tight for both struggling actors, they decided to share expenses and moved into a beach house together. Soon their place seemed to be action central for an ever-growing number of then unknown and struggling filmmakers. It’s difficult now to think of them as ever struggling, but Martin Scorsese, Brian De Palma, Steven Spielberg and Susan Sarandon were just some of the people who would show up at all hours and where late nights were usually given over to talk about how one day they were all going to change the film industry. Ultimately they did.

Margot Kidder had become romantically involved with Brian De Palma and for Christmas he gave her his script for what would be his fifth feature film, Sisters. Both Kidder and Jennifer Salt had roles in the film, and it went on to be a huge critical success. Sisters, shot on a budget of $500,000, showed the early promise of De Palma as both a writer and director. Movies like Carrie, Wise Guys and The Untouchables were still ahead of him. Kidder, pictured on the left

in a publicity still for Sisters from the Northernstars Collection, plays both Danielle Breton and Dominique Blanchon, conjoined twins who were successfully separated as young children. Set years later, the film follows Danielle, now a successful model. Somehow a pickup she brought home ends up dead in her apartment. Jennifer Salt, a journalist who lives in an apartment building next door, sees the whole thing. Like a lot of early De Palma films, there’s too much Hitchcock and not enough De Palma, but for Kidder it was this film that established her in Hollywood and she went on to co-star in a string of critically acclaimed films, such as Black Christmas (1974), The Great Waldo Pepper (1975) and 92 in the Shade (1975). One of her overlooked films from this time is 1974’s A Quiet Day in Belfast with costars Barry Foster, Sean McCann and Leo Leyden. This story about the “troubles” in Northern Ireland is thought to be the first Canadian dramatic feature to be shot on location.

During the making of 92 in the Shade, Kidder married the film’s director, Thomas McGuane. To say their marriage was short-lived is a bit of an understatement. They stayed together for six days. Their daughter, Maggie, was born and Kidder filed for divorce in 1976. Devoting time to her daughter and herself, she took a couple of years off. When it was time to go back to work she landed a role that really cemented her star status. Kidder would be Lois Lane in the first of four Superman movies. Interviewed sometime later she said, “I never read a Superman comic until the day before my screen test. Ithink that most of what Ibring to the role of Lois is myself. I’m manic and I’m over ambitious, and I’m often frantic and disorganized.” It was exactly 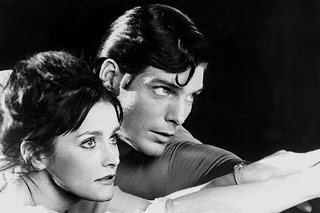 what Richard Donner was looking for. By the way, Glenn Ford played the role of Pa Kent, Superman’s father on Earth. The late Christopher Reeve, in the role that would define his career and far too short life, played the Man of Steel. The last of the four Superman movies, was directed by Sidney J. Furie, and released in 1987, but Kidder didn’t sit around waiting for the script. There was plenty of other work in films like The Amityville Horror in 1979 or Willie and Phil in 1980. Her early start in television allowed Kidder to move back and forth with ease between the large screen and the small screen, and she jumped at the chance to work with Peter O’Toole in the 1983 TV production of Pygmalion.

It wasn’t always been easy for Kidder, and there were problems in her life. For example, despite all of work she had done through all those years she declared herself bankrupt in 1992. Just four years later she suffered a very public 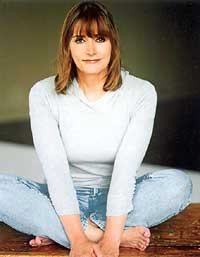 breakdown and was found, ragged and talking gibberish in a suburban neighbourhood of Los Angeles.

These events gave her the kind of notoriety no one wants or wishes on their worst enemy. It must have been particularly hurtful when she felt betrayed by a television biography produced for US-based Arts and Entertainment network. In an open letter to A&E, she wrote, in part, “People diagnosed with this or that ‘mental illness’ usually have long periods of normalcy in their lives, as I have had, and are not bizarre and unrelentingly heart-breaking souls devoid of humour or gratitude for the glories of this wondrous thing called Life. We are not mysteriously odd – we are human beings, just like you, with chemical malfunctions that periodically cause us to behave in seemingly incomprehensible ways. When the chemical imbalance is righted, as hundreds of thousands of us have been lucky enough to be able to do with the help of a strictly scientific practice known as Orthomolecular Medicine, our lives are fully restored, and we become, in the deepest sense of the word, well.”

Kidder never really stopped working. Whether it was performing in the stage production of The Vagina Monologues in 2002, or accepting roles for made-for-television movies, series or feature films, including the Canadian production Servitude in 2011, she was able to keep up the hectic and demanding life the entertainment industry demands.

This biography was updated from an earlier version and is Copyright © 2018 by Ralph Lucas. It may not be reproduced without prior written permission. For more information about copyright, click here.